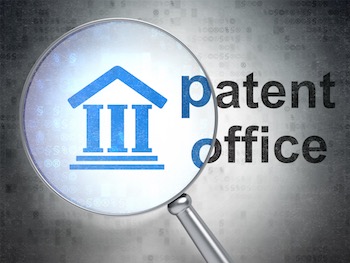 The announcements marked the completion of a series of IPR proceedings requested by Askeladden to review three loyalty rewards program patents: U.S. Patent Numbers 8,540,152, 8,523,063 and 8,297,502. Patents related to those challenged by Askeladden were the subject of lawsuits brought against ten airlines based on the conversion of points and other rewards from partner programs—such as credit card loyalty programs—into frequent flier miles.

This string of wins demonstrates the importance of PTAB patent review proceedings for addressing low quality patents and neutralizing their use as tools to extract nuisance settlements. Lawsuits based on weak patents undermine innovation by diverting resources—both money and employee energy—away from research and commercialization and toward the pending litigation. In fact, recent research by Professor Lauren Cohen (Harvard Business School), Professor Umit Gurun (University of Texas at Dallas), and Dr. Scott Kominers (Junior Fellow at the Harvard University Society of Fellows) finds that defendants who settle or receive an adverse verdict in suits brought by non-practicing entities—a vast majority of all patent litigation—subsequently reduce their investment into research and development.

The availability of PTAB patent review proceedings to address low quality patents is especially important in the financial services sector where, prior to Federal Circuit’s decision in State Street Bank v. Signature Financial Group, there was a lack of emphasis on patenting financial services innovation.  As a result, patent examiners, who regularly search issued patents and published patent applications for prior art, often may not have access to prior art they need to avoid issuing patents on previously known technologies.

Despite the widespread use of patent challenge proceedings before the PTAB, the proceedings and the PTAB have been criticized for a heavy hand in invalidating patents. However, as of March 31, 2016, the PTO reports that in IPR proceedings—the most popular of the PTAB patent challenge proceedings—only 9,559 of 43,762 claims actually challenged (22%) were ultimately found unpatentable. When taking into consideration that PTAB petitioners have complete discretion whether to expend the resources to prepare and file a petition, and therefore will most often do so only if they believe they have strong grounds for invalidity, this rate of claim invalidation is a strong indicator that the PTAB is taking a careful look at each patent challenge and invalidating patent claims only where they should not have been allowed in the first place.  Moreover, the overall impact on patent litigation is moderate as IPR and covered business method review challenges have only affected 17% of patent litigation campaigns that have sued at least one new defendant since the America Invents Act went into effect.

At the same time, PTAB patent challenges provide a less expensive and faster means than district court litigation for dealing with truly poor-quality patents that never should have been issued, such as the three loyalty-reward program patents that Askeladden successfully challenged. Most importantly, the availability of these proceedings to deal with low quality patents helps undercut the ability of plaintiffs to leverage such patents to extract nuisance settlements from businesses.

To further support its patent challenge efforts, Askeladden has begun working with three thought leaders in the patent arena: Judge Roderick McKelvie, former judge for the U.S. District Court for the District of Delaware; The Honorable Gerald Mossinghoff, former Assistant Secretary of Commerce, Commissioner of Patents and Trademarks; and John Thomas, Professor of Law at Georgetown University Law Center. This committee, referred to as the Patent Challenge Committee, is responsible for deciding which poor-quality patents to challenge and conducting those patent challenges.

Askeladden, through its Patent Challenge Committee, will build on these victories and continue to work to support innovation by challenging and eliminating poor-quality patents.