Cuozzo: The Case That Wasn’t 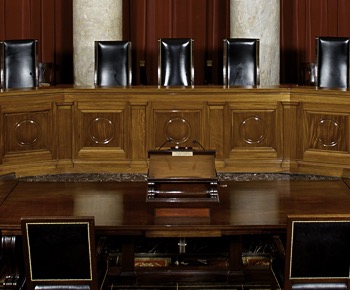 On June 20th, the U.S. Supreme Court issued what had the potential for being the most significant case to impact one of the most significant additions to patent law in our lifetimes. At issue in Cuozzo Speed Technologies, LLC v. Lee was the way the Patent Office’s Patent Trial and Appeal Board (PTAB) and the courts have been dealing with a new type of challenge to patents, made available in the fall of 2012 under the America Invents Act (AIA). AIA trials have been sought over 5,000 times to challenge patents and are widely used to resolve patent disputes. Many patent owners complained that these proceedings were unfairly tilted in favor of those challenging patents. Cuozzo sought Supreme Court review of two such practices that it felt went too far and were inappropriate given the language and intent of the AIA. However, the Court sided with the PTAB on both issues, leaving the AIA trial process, as practitioners have come to know it over the last four years, intact.

AIA trials have been effective for those challenging patents, with about 70% of decisions on institution ordering a trial to proceed and about 80% of reviewed claims found invalid. Motions to amend claims to save them from being invalidated are granted, even in part, just 5% of the time.

Cuozzo, whose patent was effectively revoked in an AIA trial, argued that statistics like this show that the AIA trial process as set up by the Patent Office is too favorable to challengers. Cuozzo challenged the PTAB’s practice of interpreting claims as broadly as is reasonable. A broader interpretation makes it easier to show that a claim covers the prior art, and is not valid. The Patent Office uses this standard when initially evaluating patent applications, but it is at odds with the practice in court where a judge seeks to understand a more narrow meaning of the claim in the context of the patent being challenged. Cuozzo argued that the claim interpretation standard applied in initial examination is not applicable to AIA trials for multiple reasons, including that the low rate at which motions to amend are granted means that amendments are not possible as a practical matter.

As we reported following the oral argument in this case, the Justices of the Supreme Court were vexed that the AIA did not specify which standard applies in AIA trials, as both were in use in other contexts. However, in their decision the Justices used this lack of specificity as an indication that Congress intended to leave the decision to the Patent Office, and held that applying the broadest reasonable interpretation standard is a reasonable exercise of the rule-making authority granted to the Patent Office under the AIA. The Court recognized the specialized nature of AIA trials that sets them apart from court actions and endorsed claim interpretation practices that have long existed at the Patent Office in initial examination and reexamination.

Cuozzo also raised a second argument, that in an AIA trial the PTAB should consider only the grounds for invalidity specifically raised in the petition requesting the trial. Cuozzo further argued that, for that requirement to have meaning, courts must have the authority to review whether the PTAB considered issues not presented in the petition. Here the PTAB acknowledged that the petition did not expressly set out, for some claims, the grounds for which it instituted review. The PTAB asserted, though, that the specific challenge was implicit, because the grounds on which the PTAB instituted review were set out for other claims and, it reasoned, the petition was sufficiently clear that those grounds were equally applicable to other, broader claims. This issue reached the Supreme Court after the Federal Circuit ruled that, because the PTAB’s decision to institute an AIA trial is by statute “final and nonappealable,” the PTAB’s decision of what to consider in that trial is similarly not appealable.

Unfortunately for Cuozzo, the Supreme Court did not find that the PTAB’s decision raised constitutional issues or otherwise rose to a level requiring reversal. The Court viewed the basis of Cuozzo’s challenge as “an ordinary dispute” that arises in litigations (in this case, about whether the petition was sufficiently particular), and thus the type of decision that the AIA makes off-limits for judicial review.

This is a case of what could have been. As of the end of April, the PTAB had received 4,891 AIA petitions, of which 1,541 had not been completed, with more on appeal in the courts. Any of those cases could have been affected by a decision that struck down the procedures used by the PTAB, creating a massive hiccup in patent enforcement. However, with this decision, AIA trials will continue, as they have existed since their inception, to be an important tool in patent disputes.

Nonetheless, this case is an important reminder for both patent owners and petitioners to reconsider how they approach the PTAB. Leaving in place a standard that leads to finding a large number of claims unpatentable, without a meaningful opportunity to amend, may seem harsh. However, attempts to amend to save claims are made in only 8% of decided trials. Possibly, patent owners are using other avenues for amendments as we have previously suggested.

There is potentially more to come on the question of which PTAB decisions can be challenged on appeal. The Court emphasized that the bar on judicial review of an institution decision applies only where “the grounds for attacking the decision to institute inter partes review consist of questions that are closely tied to the application and interpretation of statutes related to the Patent Office’s decision to initiate inter partes review.” The holding leaves open the possibility of challenges to other aspects of the PTAB’s institution decisions, except its judgment that the information presented in a petition demonstrates a reasonable likelihood that the petitioner would show at least one claim to be unpatentable. Nonetheless, this decision emphasizes the importance of winning in the first instance at the PTAB. Both patent owners and petitioners would do well to consider approaches that will persuade the technically-trained APJs at the PTAB.