A Brief History of Laches in Patent Law 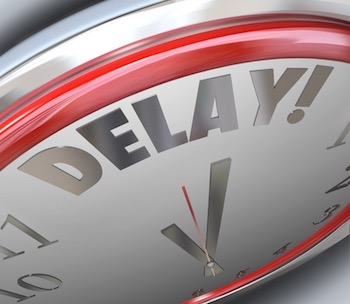 The equitable doctrine of laches has existed in the United States court system since the founding of this country, originating from the English Courts of Equity. Laches has been applied to cases involving patent infringement and has been allowed as a defense by the court in instances at which legal and equitable relief was granted. On May 2, 2016, the Supreme Court granted a petition for certiorari for SCA Hygiene Products v. First Quality Baby Products. While this case could eliminate the defense of laches in patent infringement, it is important to understand where this doctrine came from and how it has been applied in patent law.

The doctrine of laches has existed in the U.S. Court System since the very beginning. This defense bars claims by those whose unreasonable delay in bringing a claim results in prejudice against the defendant. As the doctrine addresses underlying fairness, it acts primarily as an equitable defense and appears to be a precursor to statutory limitations. In order to invoke the laches defense, a defendant must show both an unreasonable delay by the plaintiff and prejudice to the defendant. Unreasonable delay occurs when a plaintiff, with actual or constructive knowledge of the facts, fails to assert its rights by bringing suit at the time of knowledge. Prejudice is found when, over time, a change in circumstances inequitably disadvantages or burdens the defendant.

Laches had been applied regularly by the courts when the facts had shown that the defense was appropriate. However, before 1952, Congress had remained relatively silent about this judicially created doctrine.

The 1895 Supreme Court case, Campbell v. City of Haverhill, offered some insight onto why equitable defenses have been recognized in patent litigation. At the time Campbell was decided, 35 USC §286 had not been included in the patent statute and there was no applicable federal restriction on delays in patent litigation, forcing an accused infringer to assert a six-year state tort statute of limitations to any infringement case. The patentee in Campbell argued that this time constraint was not applicable, to which the Supreme Court responded,

“[u]nless…[the state statute of limitations applies], we have the anomaly of a distinct class of actions subject to no limitation whatever; a class of privileged plaintiffs who … are outside the pale of the law, and subject to no limitation of time in which they may institute their actions. The result is that users of patented articles, perhaps innocent of any wrong intention, may be fretted by actions brought against them after all their witnesses are dead, and perhaps after all memory of the transaction is lost to them. This cannot have been within the contemplation of the legislative power.”

Two years after this case was decided, Congress enacted 29 Stat. 694, allowing for a six-year window for past damages in patent suits, which is now known as §286 today. In 1915, Congress enacted 38 Stat. 956, authorizing equitable defenses to be interposed in actions at law. This section was later deleted in 1937 as the Federal Rules of Civil Procedure 2 eliminated the procedural distinctions between actions at law and suits in equity. The courts continued to apply this doctrine after this elimination.

The question of whether or not laches is a valid defense in patent infringement arose in the 1992 Supreme Court case, A.C. Aukerman Co. v. F.L Chaides Constr. Co. There, Aukerman waited nine years before filing a suit for patent infringement against Chaides for Aukerman’s method and device for forming concrete barriers separating highway surfaces of different elevations. Aukerman argued that the defense of laches was inapplicable in patent infringement suits, as it conflicts with the plain text of §286 and that where an express statute of limitations applies against a claim, laches couldn’t apply within the limitation period. The court held this argument to be erroneous, finding that, in other areas of jurisdiction, laches is routinely applied within the prescribed statute of limitations period for bringing a claim. The court further found that nothing in §286 suggests that Congress intended to eliminate the long recognized defense of laches or to take away a district court’s equitable powers in connection with patent cases. Thus, the courts continued to apply laches in patent infringement cases.

The validity of laches in patent cases was not seriously dealt with again by the Supreme Court until the copyright case of Petrella v. Metro-Goldwyn-Mayer, Inc. in 2014. Petrella sued Metro-Goldwyn Mayer (MGM) eighteen years after the alleged copyright infringement of the screen play for “Raging Bull.” The Supreme Court refused to allow MGM to assert the laches defense, holding that “laches is a defense developed by courts of equity; its principle application was, and remains, to claims of an equitable cast for which the Legislature has provided no fixed time limitation.” Although this case related to copyright infringement, the Supreme Court noted in a footnote of the opinion that it “[has] not had occasion to review the Federal Circuit’s position” of whether laches can bar damages incurred prior to the commencement of suit.

This is the precise issue presented to the Supreme Court in SCA v. First Quality. Over the next year, or so, we are likely to learn what the Court meant in its comment buried in the footnote of Petrella. Even if the Supreme Court follows its same reasoning as in Petrella, it is likely that laches will remain in cases involving equitable remedies, however, it would no longer be applicable in cases involving legal remedies. Either way, it is important for interested parties to pay attention this case and the possible elimination of the doctrine as a defense.