Knocking out the knockoffs: IP learnings from a successful TRO and seizure 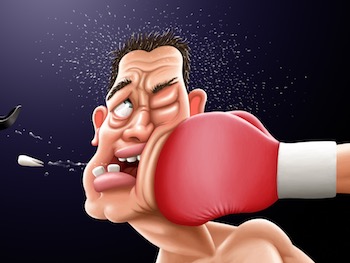 The stories and videos are all too familiar: epic fails of cheap, imitation versions of highly researched and developed products. The amusing gaffes go viral, but for companies that have invested heavily in the original technology, it’s no laughing matter.

Protecting intellectual property today is more challenging than ever, and the stakes are high. An open and rapid-fire exchange of information has become the norm in our digital age. Add the global nature of the market and persistent technological advancements, and it should come as no surprise that imitators stand ready to capitalize on the latest breakthroughs. As their low-cost, low-quality products flood a market, not only do they claim valuable market share, but they have potential to erode the credibility of an entire category and its leaders.

To protect their IP from domestic and foreign imitators – and protect their reputations and positions in the market – companies need to take precise action. Oftentimes, obtaining broad IP protection, such as a utility patent covering core technology, can be time-consuming and complicated, as can be the process of enforcing a broad utility patent. But as an unusual raid at the 2016 Consumer Electronics Show (CES) demonstrated, companies of all sizes have some recourse when it comes to knockoffs.

A rare raid at CES

Future Motion, Inc. is the developer of the Onewheel, a self-stabilizing electric skateboard with a single large wheel in the middle that competes in the hoverboard space. The product originally appeared at CES 2014 as a prototype. Its reception resulted in a successful Kickstarter campaign, eventually leading to a finished product on the market in early 2015.  A first utility patent covering the underlying technology issued in August 2015, followed by a design patent in January 2016.

In December 2015, Future Motion became aware of a strikingly similar product from a Chinese company, Changzhou First International Trade Co.  The Chinese product was being advertised for a fraction of the cost of the patented product, and was going to be exhibited at the 2016 CES show. Future Motion’s legal counsel contacted the Chinese company by letter, demanding that sales stop. Counsel attempted contact again, in person, the day CES opened.

Receiving no response from Changzhou First International Trade Co., Future Motion’s counsel filed a complaint for patent infringement in federal court in Las Vegas, on behalf of Future Motion, on Jan. 5, 2016. An emergency motion for a temporary restraining order (TRO) and a seizure order followed the next day, resulting in a same-day telephone hearing. At the conclusion of the hearing, the judge issued an order that the Chinese company’s products be seized and that it stop sales immediately. With the assistance of the U.S. Marshals Service, Future Motion’s legal team executed the seizure on Jan. 7, stunning the crowd at CES as well as representatives of the Chinese company.

The power of ex parte seizures

In a legal dispute, due process and fundamental fairness require that both parties must eventually be heard in court. Certain circumstances, however, permit an ex parte hearing, in which only one side is present. For instance, a judge may agree that time is of the essence, or that the accused party would be likely to destroy or hide evidence if notified in advance of an enforcement action.  In such cases, the Court may grant ex parte relief, including a product seizure.  This may be particularly likely when the accused party is a foreign company appearing at a U.S. trade show, with no apparent permanent presence in the United States.

An ex parte seizure order can be obtained in various ways under U.S. intellectual property laws.  The most common basis is trademark counterfeiting, but product seizures can also be ordered for ordinary trademark infringement, copyright infringement, and even (as Future Motion demonstrated) for patent infringement.  Seizures are also authorized under the new federal Defend Trade Secrets Act, which was just signed into law by President Obama on May 11, 2016.

The speed with which the Future Motion TRO and seizure order were granted and executed was unusual, and the effect was undeniable. Not only did the seizure swiftly remove what Future Motion viewed as unfair, patent infringing competition from CES, but it also served as a stern warning to others who might be considering entering a space with IP protections in place.

For companies considering following Future Motion’s route to IP protection, it’s important to note that it is not without costs or risks.  The enforcing party must investigate the merits as thoroughly as possible in advance, because in cases of a wrongful seizure, the injured party can recover damages for lost profits, loss of good will, and attorney’s fees, and the court can even assess punitive damages if it finds that the action was brought in bad faith.  Furthermore, mounting a swift enforcement attack requires significant and concentrated attorney time and effort, typically at an immediate cost of at least $50,000.  Finally, seeking a TRO and seizure order is just the first step in a federal infringement action, which can continue indefinitely and at great expense if the parties are unable to settle the dispute.

To improve the chances of enforcing patent protections, and to preserve the possibility of a dramatic remedy like an ex parte seizure, companies can take several steps in securing IP protection.

Any company that produces a product must consider the prospect of knockoffs, and the potential impact imitations will have on market share and brand perceptions. Obtaining IP protection directed at mitigating knockoffs can be highly beneficial, particularly for start-ups that may have limited resources and brand awareness.

Narrowly tailored IP protection includes design patents, trademark or copyright registrations, and sharply focused utility patents. Gaining protection for these aspects of a company’s IP can often be obtained quickly and at a reasonable cost. In addition, these types of smaller scope protections have demonstrated a great value for enforcement against imitation products. In the case of Future Motion, for example, its design patent and narrowly focused utility patent were instrumental in illustrating the similarities of the two products, and the potential for confusion in the eyes of consumers.

Of course, broader and more aspirational IP protection is also important for companies to pursue. Such protection includes utility patents that broadly claim core aspects of a company’s technology, and which are therefore ultimately more powerful tools for preserving the company’s maximum rights in an invention. Because of its greater complexity, however, broad patent protection can take longer to obtain and can be more difficult and expensive to enforce.

Obtaining and executing a seizure order within two days of filing a complaint is extremely irregular. For Future Motion, several elements came together auspiciously. The company received its design patent, an imitation brand was present at a major public event, and the service of process and seizure were accomplished in one fell swoop.

Generally speaking, initiating an enforcement action against an imitation product, whether foreign or domestic, can be challenging due to jurisdictional and other issues. Companies that believe they have a grievance similar to Future Motion’s should understand that the process must include carefully analyzing the infringement and validity of the IP rights, identifying the real party making and selling the infringing product, and finding a legally effective way to initiate an enforcement action. In addition, the seizure must be conducted in concert with law enforcement, typically the U.S. Marshals Service.

For many companies, protecting IP is critical to maintaining their competitive edge and remaining viable in markets that appear to move at the speed of light. IP law requires specialized knowledge, and for IP enforcement, it may be in a company’s best interest to engage counsel that focuses on this area.

Specialized attorneys at boutique IP law firms may be more knowledgeable, agile and flexible with the timelines that come with short-notice scenarios, such as in the case of Future Motion’s CES enforcement action. For cost-sensitive companies, such as start-ups, it may be worthwhile to consider firms based in smaller cities, because larger, big city firms may have more overhead and thus charge higher rates.

The playing field for everyone, from start-ups to well-entrenched players, is only growing more competitive. It’s imperative to take steps to protect IP assets not only to protect market share and brand reputations, but to protect entire categories from the irreparable damage that can be wrought by cheap knockoffs.

Shawn Kolitch is a shareholder at the Portland-based firm Kolisch Hartwell. A former physics professor at Cal Poly, the University of Oregon and Lewis & Clark College, Shawn splits his time between [...see more]