Keeping an eye on patent trolls

The question worth pondering: Are patent trolls innovation provokers or idea thieves? 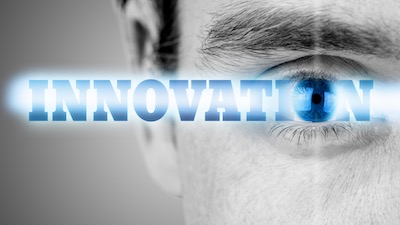 In the past five years Cisco and J.C. Penney have spent close to $350 million fending off demands from patent trolls, which are more politely known as ‘patent assertion entities,’ or PAEs. In February, a court in Texas ordered Apple to pay $532 million to a PAE. These are just two of the more high-profile reasons why both the US and the European Union have recognized that the laws and regulations around intellectual property are in profound need of an overhaul.

The question that remains is whether or not the necessary guidance would be most efficiently provided through competition law.

Exactly what approach is needed still needs careful consideration. Any guidance will need to take into account patent trends, actors, rights and obligations, and the nature of current regulatory concerns – and it will need to do so despite the scant empirical analyses and modeling that has been done on patent trolls.

The US is a dominant force in this area, both by number of patents granted and the value of litigation associated with their assertion. By 2013 more than a quarter of the 9.45 million patents in force had been issued by the US Patent and Trademark Office. In that same year, two thirds of all US patent lawsuits were brought by PAEs – doubling their share compared to 2010.

This recent growth in global patenting activity, and the emergence of specialized assertion entities, has been accompanied by a shift in the strategic and commercial use of intellectual property assets, and increasing concerns about its impact on competition, innovation, and economic welfare.

PAEs’ activities vary significantly yet they are, by and large, usually met with general suspicion and outright hostility. At one point, the White House’s position was that “on balance, PAEs have had a negative impact on innovation and growth”. Yet after more recent evaluations of the same data on which that conclusion was based, the White House itself, seems to have backed up and are not endorsing this view. There are other analyses which suggest that PAEs can promote rather than obstruct innovation.

What can regulators do about this?

Regulators face a twofold challenge: First, they need to balance the legitimate interests of patent holders and licensees in order to determine which activities and contracts the law will enforce, or otherwise recognize as creating legal rights. Second, they need to establish rules that minimize both the costs of assessing a given case, and the costs of taking wrong decisions.

One traditional approach has been to use antitrust law. However, the ultimate position is that PAE assertion efforts are not, generally, easily caught by US competition rules that require harm to competition and competitive process in order to assign antitrust liability. This is not to suggest that they are pro-competitive, either; it simply means that attacks on this front are unlikely to be successful. New reforms in the US have begun to take account of this by targeting drivers of the PAEs’ business model, for instance by preventing them from suing disparate entities in a single lawsuit.

In Europe, the EU’s position on PAEs has most recently been outlined by Alexander Italianer, the European Commission’s Director General for Competition. The EU expects PAEs to be less active in Europe because damages tend to be lower. PAEs are treated as any other company, including having the same right to defend their intellectual property and the need to honor fair, reasonable, and non-discriminatory (FRAND) commitments whenever standard essential licenses are sold.

It is generally considered legitimate to seek an injunction if a patent is infringed, although it can be considered abusive if the patent holder has given a commitment to license on FRAND terms, and the licensee has been willing to enter into a license under these terms.

What is missing, here, however, is that neither the Commission nor current case law helps to define what FRAND actually means. Instead, national courts are being called upon to determine whether or not an injunction is appropriate – an approach known as regulatory delegation.

For instance, Germany’s Court of Justice recently came back with a four-step negotiation process to sustain licensing in a FRAND manner. This is very much in line with the evolution of EU competition law, but has since been criticized because, in the absences of any benchmark to assess the “FRANDness” of licensing terms, a patent holder may follow the process and still be exposed to antitrust liability if his position is subsequently decided not to be FRAND.

Both US and EU regulators are struggling with the dilemma of devising standards that fit a variety of circumstances, yet can be easily applied. There is a need for more clear-cut regulatory direction on both sides of the Atlantic. As yet, however, it is not clear how that will be achieved.

This is an edited extract from Patent Trolls: In Search of Efficient Regulatory Standards, a research paper from Professor Boscheck.

is the Lundin Family Professor of Economics and Business Policy at IMD. He is program director of IMD's MBA program. For more information, or to contact Professor Boscheck, please visit [...see more]