What Can the FTC’s PAE Study Teach Us? 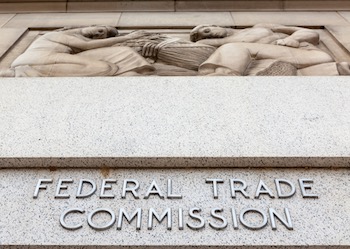 The survey of so-called Patent Assertion Entities, or PAEs, currently being conducted by the Federal Trade Commission (FTC) under its 6(b) authority has been broadly discussed and the results are much anticipated. The FTC’s study is meant to move past the limited information that can be gleaned from litigation records, which has been the focus of analysis thus far. As the first empirical study to do so, the FTC’s survey should provide a better understanding of how PAEs operate.

Now, before the results are released sometime this Spring, is a good time to set appropriate expectations for the results by considering what the Commission’s study can and cannot tell us about PAEs and their patent assertion practices. That was the goal of my article of similar title – What Can the FTC’s §6(b) PAE Study Teach Us? A Practical Review of the Study’s Methodology – available online at Social Sciences Research Network (SSRN). What follows here is a summary of that longer work.

To summarize my review of the study’s methodology, the 6(b) study’s survey size is quite small, comprising 25 PAEs, 9 wireless chipset manufacturers that hold patents, and 6 non-practicing wireless chipset patent holders. All three survey groups have a small number of respondents, which establishes the study as exploratory and descriptive, eliminating the possibility of extrapolating or generalizing the study’s results to any broader population. With only 9 patent-practicing entities (PEs) included – and those 9 drawn from a single narrow industry – general comparisons between practicing and non-practicing entities will not be possible either, nor will comparisons be feasible across industries or segments of the economy.

The FTC has acknowledged that the study cannot be extrapolated to all PAEs, and would instead reflect a case study approach:[1]

The data source employed for the questionnaire also raises some concerns regarding respondents’ representativeness of the universe of PAEs. The FTC uses patent litigation datasets from RPX and Patent Freedom which exclude PAEs without active litigation, who instead operate on an arm’s length licensing basis. The data will also be concentrated within the technology areas that paying RPX members operate, which may not be representative of the overall population of PAEs.

The set of questions asked will also naturally curb the conclusions that can be drawn from the study. This is true of any survey, but it is worth noting the particular constraints of the 6(b) PAE study. First, the questionnaires have been sent to licensors only; no licensees were surveyed. This is a significant limitation, as a study of patent litigation necessarily restricts the analysis to failed negotiations between two parties, potential licensors and potential licensees. The 6(b) study conducts a survey only of parties on one side of patent negotiations and therefore cannot generate a full dataset for understanding the conduct of the parties in patent license negotiation or the reasons for the failure of negotiations. Second, as the study is designed to elicit information from distinct types of patent-holders – PAEs and a limited set of practicing and non-practicing wireless chipset companies – it will by design not elicit information relevant to the full range of patent owners.

In short, the PAE 6(b) study offers an opportunity to expand our understanding of patent assertion behaviors – which to date have only been studied using public litigation records – but we must be careful not to ascribe too much descriptive or empirical power to the results yielded. The FTC best captures this point when it explained that: “While the findings of these case studies will not be generalizable to the universe of all PAE activity, the results will provide a uniquely valuable and highly useful view of activity that is not currently available through the public record.”[2]

The study’s design and the lack of generalizable findings will have important implications for how the 6(b) study results can be used. To avoid detrimental unintended consequences, policy proposals should be targeted toward widespread harmful behaviors of PAEs (and not patent holders in general) and be limited to only those behaviors that cannot be effectively dealt with through existing laws and regulations. Should the 6(b) study identify behaviors with (potentially) harmful consequences for competition, it still will not provide any information on how common such behavior is, or a mechanism for understanding how licensee behavior (e.g. holdout) contributes to the problem. As a result, while the study should be informative, and may help to guide subsequent empirical research, on its own it will be insufficient for justifying policy changes.

NOTE: The author wishes to thank Kris Hult and Jonathan Kowarski for research assistance and Daniel Garcia-Swartz and Koren Wong-Ervin for comments and suggestions.

The ideas and opinions in the paper are exclusively the author’s and should not be attributed to and may not be shared by her colleagues at CRA or Northwestern University. Funding for the paper this article draws on was provided by Qualcomm. Comments should be sent to [email protected].

[1] “Supporting Statement for a Paperwork Reduction Act: Part B” available at http://www.reginfo.gov/public/do/DownloadDocument?objectID=47563401.

[2] “Supporting Statement for a Paperwork Reduction Act: Part A” available at http://www.reginfo.gov/public/do/DownloadDocument?objectID=47563301.

Anne Layne-Farrar is a Vice President at Charles River Associates and an Adjunct Professor at Northwestern University School of Law. For more information, or to contact Anne, please visit her company profile [...see more]