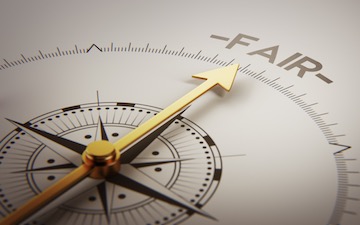 After much public comment and debate, new changes to rules for post-grant administrative trials before the Patent Trial and Appeal Board (PTAB) go into effect on May 2, 2016. These final rule changes, which are the second set of changes since the America Invents Act (AIA) went into effect, are the culmination of a series of PTAB listening tours and public comments to the rule change proposals published in August 2015. Among other things, the new PTAB rules are intended to address concerns that patent owners were at a disadvantage in responding to patent challenges, particularly during the pre-institution stage of a PTAB proceeding. The rule changes also introduce certification requirements for documents filed with the PTAB, confirm the broadest reasonable interpretation (BRI) standard, as well as exceptions to the BRI standard for expiring patents, and adopt an appellate-style word count limit for major briefs.

To date, the PTAB has received over 4,600 petitions, which by the USPTO’s own account is more than three times the number of petitions expected at the outset of the program. Initially, the rate of institution for petitions for post-grant administrative trials was quite high. As the practice has evolved, the parties have increased their focus on the early pre-institution filings. Petitioners submit thorough expert declarations in support of their petitions and patent owners submit carefully crafted preliminary responses in an attempt to avoid institution, or at least limit institution to only certain claims and prior art references. Recently, patent owners are proving more successful in avoiding or limiting institution, as shown by a declining institution rate.

Many practitioners, however, have expressed frustration at the imbalance of allowable pre-institution evidence. In particular, until now, patent owners have not been permitted to submit testimonial evidence with their preliminary responses, meaning that decisions on institution are often based on unrebutted expert testimony in favor of the petitioners.

Based on this feedback, the USPTO has changed the trial rules to permit patent owners to submit testimonial evidence, including expert testimony, in patent owner preliminary responses so that such evidence may be considered by the PTAB when deciding whether to institute a trial. Proponents of the rule change assert that this is not only more fair to patent owners, but will encourage full disclosure of rebuttal evidence by patent owners and provide the PTAB with the best available information in deciding whether or not to institute a trial.

In response, some commenters expressed concern that a petition might be denied based on testimony that supports a finding of fact in favor of the patent owner, even though the petitioner has not had an opportunity to cross-examine the declarant. To address this, a PTAB panel will resolve any genuine issue of fact created by the patent owner’s testimonial evidence in favor of the petitioner, solely for purposes of institution. Because denial of institution of a post-grant trial is a final, non-appealable decision, the USPTO believes deciding disputed factual issues in favor of the petitioner is appropriate. The USPTO has also stated that a PTAB panel may, in its discretion, order limited discovery, including cross-examination of witnesses, prior to institution. Finally, the rules are amended to provide that a petitioner may seek leave to file a reply to the preliminary response, but any such request must make a showing of good cause.

This rule change, perhaps the most significant to date, means that petitioners and patent owners alike will invest increased efforts and resources into the pre-institution stage, including briefing, expert declarations, and potential pre-trial discovery. Under the old rules, counsel for patent owners were well-advised to retain experts for AIA trials before filing a preliminary patent owner response to aid in preparation of the preliminary response and ensure consistency of arguments if trial was instituted. Under the new rules, however, retention of an expert and submission of an expert declaration with the preliminary response will be necessary to best position a patent owner to avoid or limit institution of trial.

Although requests for sanctions have been infrequent in AIA trial proceedings, a certification rule has been added in what is largely viewed as a preventive measure that provides detailed guidance regarding the USPTO’s expectations for counsel. The new rule is similar to and modeled after the requirement of Rule 11 of the Federal Rules of Civil Procedure. The rule explicitly incorporates the signature and certificate requirements of 37 C.F.R. 11.18, and sets forth the process and conditions under which the PTAB will impose sanctions for violation of the requirement.

Under the new rules, a party may seek sanctions against another party for violating its obligations under Section 11.18. Similar to the FRCP, however, the party seeking sanctions must first offer a “safe harbor” and is required to serve a proposed motion on the other side at least 21 days prior to seeking authorization to file a motion for sanctions. During this 21-day period, the nonmoving party has the opportunity to withdraw or correct the challenged paper, claim, or defense. The PTAB itself may also order a practitioner or party to show cause why certain conduct has not violated the certification requirement. The nature of the imposable sanctions must be limited to what suffices to deter repetition of the conduct or comparable conduct by others, and must be consistent with 37 C.F.R. 42.12. The sanctions listed in Section 42.12 include entry of an order holding facts to have been established, precluding a party from filing a paper or contesting an issue, exclusion of evidence, payment of attorney fees, and even judgment in the trial or dismissal of the petition.

The new rules also address one of the most controversial elements of the relatively new PTAB procedures – the applicable claim construction standards. Under the existing rules, the PTAB applies the broadest reasonable interpretation standard in construing the claims, unless the patent being challenged is expired. The new rules, however, permit either party to request a Phillips-type claim construction standard if the party certifies that the patent will expire within 18 months of the entry of the Notice of Filing Date Accorded to Petition. The request must be madewithin 30 days of the filing of the petition. In practice, this means that a party seeking application of a Phillips-type construction must act quickly, and patent owners will be well-served to resolve this issue as early as possible. The PTAB will consider the request and whether additional briefing on the issue is required prior to the patent owner preliminary response or decision on institution. This new rule once again shifts more focus and energy into the pre-institution phase of AIA trials.

Of course, the continued use of the broadest reasonable construction means that all eyes will be on the Supreme Court’s decision in Cuozzo Speed Technologies v. Lee, which takes on the issue of whether the use of the BRI standard in AIA post-grant proceedings is appropriate. Oral argument in Cuozzo is set for April 25, 2016.

Other Rules Changes and Updates to the Trial Practice Guide

The rules changes also include some procedural fixes. For instance, the new rules replace the current page limit for major briefings with a word count limit and require a certification of the word count. Accordingly, petitions will no longer be reviewed to determine if the page limit has been thwarted through the use of claim charts containing arguments, thus streamlining administrative review and reducing the number of noncompliant petitions requiring correction. The new rules also require earlier service of demonstrative exhibits for oral hearings.

All of the rules changes will be added to the Office Patent Trial and Practice Guide so that practitioners can find the applicable rules in a single source. The Office Patent Trial Practice Guide will also be amended to include developments in PTAB trial practice regarding motions to amend, additional discovery, real party-in-interest and privity issues, and confidential information, which should provide guidance to practitioners on those issues.

Finally, after receiving negative feedback during the public comment period, the USPTO has decided not to initiate a proposed pilot program that would have allowed a single judge to make decisions on institution of post-grant administrative trials.

Ben Pleune is a partner in the Alston & Bird, LLP Intellectual Property Litigation Group, with extensive experience litigating patents in U.S. district courts, the Court of Appeals for the Federal Circuit [...see more]

Pamela Councill is a senior associate in the Intellectual Property Litigation Group for Alston & Bird, LLP in the firm’s Atlanta office. She has represented clients as plaintiffs and defendants in district court [...see more]