An Awareness Crusade Against the Online Piracy of Books

Dateline, 20/20, 60 Minutes, maybe just network news — which media outlet was I about to go to first?  Those were the private thoughts that were running through my mind, as I gazed at my computer screen.  Moments before I had discovered quite to my shock, surprise and horror – that my US copyrighted, trademarked/registered and award-winning book, Profit and Prosper with Public Relations®:  Insider Secrets to Make You a Success, was being offered as a free download online – without my knowledge or permission.

One website claimed to have given away close to 600 copies of my work, with another one offering 1,500 free books, and an additional site mentioned that they even had my permission –with still more to come.  Unfortunately, many of these unscrupulous sites are located overseas, with no concrete laws in place to offer authors and publishers like me, any real proper protection.

According to the Association of American Publishers, the publishing industry as a whole has lost $80 to $100 million dollars to online piracy annually.  From 2009 to 2013, the number of e-book Internet piracy alerts that the Authors Guild of America has received from their membership had increased by 300%.  During 2014, that number doubled.  I’m certain that in 2016, the statistics will go even higher. 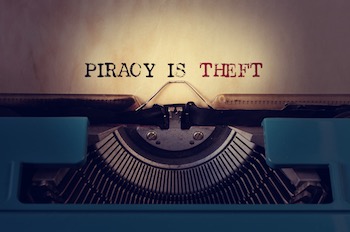 As an experienced public relations expert, I decided to put my skills to the test, and try to do something about it.  The irony is that my book is about how to best promote your business, cause or concern, to gain publicity and awareness in the media.  I never dreamed that now I would be using my own techniques to try and stop these cybercriminals – but that’s exactly what has happened.

When I saw that my book was being compromised, I also noticed that hundreds of other unsuspecting authors were also being taken advantage of as well.  I could truly sympathize, and I felt that with all of my PR training, I owed it to them to fight back.  Although we may never meet, I made it my mission to figure out all that I could about this issue of online book piracy, to become more knowledgeable and aware, and to open up a dialogue between authors, law enforcement, policy makers and the public.

But before I began, I had to become as familiar as I could about a subject that I really didn’t have all that much knowledge about.  My first step was to show what I had found to some computer savvy colleagues.  I also looked quite closely at these sites to see if I could find out any information on the cybercriminals that would be of help.  It was suggested that I run a Whois search to determine specific information about each unscrupulous website such as to whom the domain name belonged to, where and when it was registered, and when their Internet address would expire.  After following up on this, I then sent out a few emails to try and locate the web hosting company, and it was suggested that I send them a carefully worded DMCA (Digital Millennium Copyright Act) takedown notice.

Luck was on my side in the form of Gene Quinn, patent attorney and founder of IPWatchdog.com.   He had offered a free sample DMCA takedown letter, which I found to be very helpful.  As soon as I sent this carefully worded DMCA takedown notice (inserting my own information where appropriate) the web hosting company was obligated to notify the culprits within 24-hours, and have them remove all of my information immediately.

This was a very nice victory – if not short-lived.  Just as soon I had put a stop to one bogus website, another one popped up, getting a hold of my property, and then I had to start this arduous process all over again.

My next step was to gain further awareness about the issue, and I then decided to go to the media.  I contacted the investigative team at the KNBC-TV Channel 4 News in Los Angeles.  Right away, they sent out their award-winning consumer reporter Randy Mac (Mcllwain) to interview me.  A prominent story followed.

During the broadcast, they also interviewed intellectual property attorney Omar Siddiqui who said, “People shouldn’t put products out publicly without keeping an eye on them.  You have to treat intellectual property like you would your own wallet.  You wouldn’t leave your wallet lying around.”

After the piece aired, an article and video was also listed on the station’s website.  Publicity from this one spot reached Google News, and features ran across the country and around the world.  Over 60 mentions appeared in the United States, as well as in countries such as Mexico, Canada, the UK, Vietnam, China, India and Germany.

In addition, a contact was made with The Global Intellectual Property Center (GIPC), an affiliate of the US Chamber of Commerce in Washington DC.  They have seen cases like mine happen before, and they are working tirelessly to help protect the intellectual property rights of businesses worldwide.  Also viewer Craig Crosby from the Counterfeit Report, a consumer website that helps individuals identify counterfeit products, was very helpful to include a mention of my book in his counterfeit product alert.

Lastly, viewer Scott La Counte founder of PiracyTrace.com, a service that offers their piracy trace product, which is an automated platform that searches the entire web looking for copies of people’s work, gave me a free 30-day trial, as well as a mention on his Blog.

Additionally, a contact was made with The Authors Guild of America, as they are a very proactive group in lobbying Congress.  Also, the Center for Copyright Information helps to educate consumers about the importance of copyright protection, offering information about online copyright infringement.

A 2015 survey conducted by the UK Intellectual Property Office (IPO), states that book piracy is half the rate of copyright theft in the film and music industries, but this still means that authors and publishers have to work extra hard to make sure that this type of illegal activity doesn’t take away from their legitimate sales.  Copyright infringement is having an impact on the average person in a very big way.  It’s not just the famous recording artists or popular celebrities that are being ripped off anymore.

You may be wondering why these foreign pirate companies want to offer free copies of an author’s books.  What’s in it for them?  The simple answer is that oftentimes, these websites will collect data on an individual, and when that person goes to download the book, he or she will have to provide personal details.  Sometimes that person may be asked to give their credit card information, since after receiving a free trial, there may be a monthly fee.  They may also ask the site visitor to look at ads, take a survey, or download something.  Another reason is that once a person does– they may give that person the “gift” of a computer virus, and engage in IP spoofing, making someone think that they are being directed to one website, when actually they are being sent somewhere else.  Lastly, they may use an author’s book or others as a teaser so that a person will pay them to get their products – and then receive their free books.

How do they do this?  I can speak from my own experience by letting you know that one website scanned my book, made a PDF file and then offered it as a free download.  They displayed a picture of the cover, and also added some extra text on it which was in very fine print.  This didn’t obstruct or alter the look of the book in any real noticeable way.

What can be done about it?  My advice to other authors and publishers that may find themselves in this same unwanted situation is to run regular detailed Google and Bing searches.  They can plug in the title of their book, and also add the words ‘free downloads’ and the author’s name.  If they see that their books are being pirated, they should try and stay calm, and know that they are not alone.  They can further run a Whois search, and then follow the steps that I have mentioned.  The web hosting company should be sent a DMCA takedown notice using the IP Watchdog.com sample letter, and inserting an author’s own information where appropriate.  Authors and publishers can then send out alerts to their customers, through social media and to their email lists, letting people know that they haven’t given permission for their books to be offered for free. 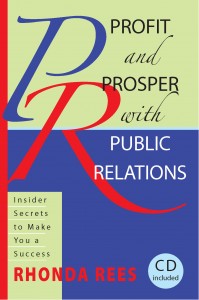 In my own case, I had distributed continuous press releases, (one even tying in the Sony Pictures hacking scandal) to the media through traditional and social media channels, altering the public to the threat of online book piracy.  I have also lent my voice by making speeches, writing feature articles, and by appearing on TV and in radio podcasts, and Blogs.

Finally I entered some PR and communications competitions, furthering the cause of online book piracy awareness, and I’m happy to say that I was selected Publicist of the Year by both the Book Publicists of Southern California organization, and also by the prestigious Bulldog Reporter publication, in their Stars of PR competition.

Rhonda Rees is an award-winning public relations expert and author. She was named Publicist of the Year by the Book Publicists of Southern California, and by the Bulldog Reporter publication in 2015-2016 [...see more]