Patent and IP Wishes from K Street for the New Year

Editorial Note: Each year we publish our annual IP Wishes column. I invite a panel of industry experts to tell us what they wish for in the new year. While I solicit wishes that are 1 to 3 paragraphs in length, I also let everyone know that if they care to write a full length article I am more than happy to publish their contributions. Marla Grossman took me up on that offer and drafted the following full length article. More wishes to follow… 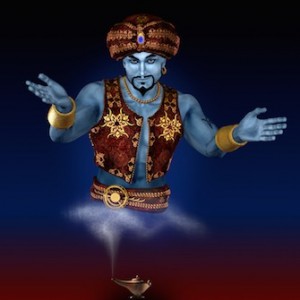 If Gene (the “genie”) were to grant me patent and IP wishes for 2016, I would ask for (in no particular order) the passage of trade secrets legislation, resolution of the current patent reform legislation stalemate in Congress, that the USPTO consider evidence of non-preemption during its initial determination of patent eligibility; and that the USPTO prioritize accuracy, completeness and accessibility of the public record as part of its Patent Quality Review.

One of my wishes for 2016 would be that Congress pass legislation to establish a federal civil cause of action for trade secret misappropriation to protect trade secrets from domestic and foreign theft. Hopefully such legislation would also provide for adequate safeguards to protect seized property.

On July 29, 2015, the House and Senate introduced promising, bi-partisan legislation entitled the Defend Trade Secrets Act of 2015. The legislation is based on the same standards for trade secrets protection, and remedies for misappropriation, that are found in the Uniform Trade Secrets Act and the Economic Espionage Act of 1996 (“EEA”).

American innovators would benefit greatly from a uniform federal cause of action that reflects the complex nature of trade secret misappropriation today. The current criminal statute on the books, the EEA, makes it a crime to misappropriate trade secrets for the benefit of a foreign government or for economic gain. To this day, however, there is no federal civil cause of action of general application for trade secret misappropriation. Thus, trade secrets claims must generally be litigated in state courts under state law. While most states and the District of Columbia have enacted some version of the Uniform Trade Secrets Act, there is variation among the state trade secrets acts as adopted.

Adoption of federal legislation like the Defend Trade Secrets Act of 2015 is important for two main reasons. First, despite the existence of the EEA, the Department of Justice has limited resources and will never be in a position to bring charges in all worthy cases of interstate trade secret theft. Second, the process for compensating the victim under the EEA is unwieldy, particularly when compared to relief available under civil law.

A federal trade secret cause of action could also be important for our global trade agenda. Unfortunately, many countries provide insufficient protections for trade secrets. This presents significant economic risks to American companies seeking to expand operations globally. Enhancing US trade secret protections would serve as a model for more effective deterrence of trade secret theft overseas, including in the European Union and in the ongoing Trans-Atlantic Trade and Investment Partnership (TTIP) negotiations.

There is real, bipartisan and bicameral interest in protecting American companies from trade secret theft as evidenced from the number of bipartisan co-sponsors of the Defend Trade Secrets Act in both the House and Senate. The current congressional interest makes 2016 the right time to pass strong and effective trade secret legislation, and I hope Congress makes this a reality.

As we all know, patent reform legislation seems to be at an impasse. My second patent and IP wish for 2016 would be that Congress finds a path forward with this legislation, as there are important reforms that could benefit American innovators and the American economy.

Although the proposed patent reform bills could benefit from some changes before enactment, they do contain some important provisions that I hope are ultimately enacted into law. For instance, I believe that our patent system would be better off if it awarded attorney’s fees to the prevailing party unless the position and conduct of the non-prevailing party were objectively reasonable and substantially justified.

We’d also be better off with legislation that would make the high volume sending of bad faith demand letters, to end users who are not resellers, a deceptive act or practice within the meaning of the Federal Trade Commission Act, provided that such legislation is carefully structured to differentiate between abusive activity and legitimate, lawful activity. Any legislation should include a clear identification of objective acts or practices that would deceive recipients, such as false statements of patent ownership or the right to enforce or license patents. Such legislation should not be overly burdensome and require detailed disclosures, which could have the unintended result of increasing patent infringement litigation. Finally, this legislation should preempt state legislation.

This country could also benefit from patent reform legislation to limit venue in patent suits in order to curb forum shopping by patent owners. Hopefully, in a patent infringement action brought by a patent owner against an accused infringing defendant, Congress will limit venue to a judicial district in limited circumstances such as:

My third wish would be that the USPTO consider evidence of non-preemption during its initial determination of patent eligibility. The USPTO requested comments on its examination guidance on patent subject matter eligibility on July 30, 2015. Unfortunately, the July 2015 examination guidance devalued the role of non-preemption evidence, stating that “the courts do not use preemption as a standalone test for eligibility. Instead, questions of preemption are inherent in the two-part framework from Alice Corp. and Mayo…and are resolved by using this framework to distinguish between preemptive claims.” The July 2015 examination guidance stated that “while a preemptive claim may be ineligible, the absence of complete preemption does not guarantee that a claim is eligible.”

This analysis is not in line with the express holdings of the Supreme Court and the actual practice of the district courts applying the Mayo test. Evaluating preemption is fundamental to distinguish between claims that preempt fundamental building blocks and those that “pose no comparable risk of preemption, and therefore remain eligible for the monopoly granted under our patent laws.” Without consideration of the preemption one cannot determine whether the risk of preemption is disproportionate; the mere possibility of preemption is not sufficient.

Accuracy, completeness and accessibility of the public record, and consistency in applicant experience across patent examiners and art units are important dimensions of patent quality that I hope USPTO will not overlook in 2016 as the agency defines and pursues its quality objectives.

In introducing its new quality initiative, the USPTO has quite correctly said that “[e]ffectively promoting…innovation requires that issued patents fully comply with all statutory requirements and, of equal importance, that the patent examination process advance quickly, transparently and accurately.” The agency’s goal is “[h]igh quality patents” that “permit certainty and clarity of rights, which in turn fuels innovation and reduces needless litigation.” Such goals are laudable. However, the issue of patent quality has many dimensions and those dimensions have varying degrees of importance depending on one’s perspective. The most obvious dimension of quality relates specifically to the accuracy or correctness of patent examiners’ decisions, but this is by no means the only dimension of quality. For example, consistency of the examination process across examiners in an art unit, and across art units, is an important measure of quality to applicants and patent attorneys. And accuracy and comprehensiveness of published patent content is highly important to users of public patent information and is very relevant to the USPTO’s goals concerning excellence in work products and excellence in measuring patent quality.

More specifically, there are several aspects of quality that can easily be overlooked when considering excellence in work products and excellence in measuring patent quality but are of utmost importance to the long-run integrity and quality of the US patent system:

Accuracy, completeness and accessibility of the public record, and consistency in applicant experience across patent examiners and art units are important dimensions of quality that must not be overlooked as the USPTO defines and pursues its quality objectives. It would be a significant mistake to take these dimensions for granted; they are essential to an efficient patent and trademark system that promotes US innovation, economic growth and the public good. The agency should explore each proposed change thoroughly to ensure that any changes to current processes will indeed enhance the quality (and the perception of the quality by stakeholders) of USPTO processes and published content, and not diminish it.

In summary, I hope the USPTO will indeed take these points into consideration as it makes decisions about how to make the best patent system in the world even better.   May 2016 bring health, happiness and innovation to all!

Marla Grossman Marla Grossman is one of the country’s preeminent intellectual property, technology and trade government relations attorneys. As a partner at the American Continental Group, she helps her clients with strategic [...see more]