The theory of patents and why strong patents benefit consumers 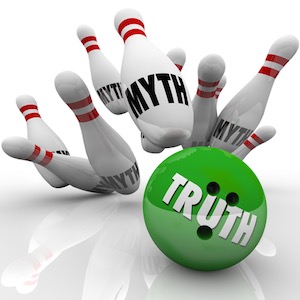 There is absolutely nothing wrong with innovation crawling forward, but incremental innovation that ever so slightly pushes the envelope isn’t exactly the type of innovation that society wants most. Take for example various iPhone releases. Sometimes the changes in the iPhone are substantial and exciting, and sometimes they seem rather ho-hum, getting lukewarm reviews. Slightly enhanced features are nice, but is that enough for you to rush out and spend hundreds of dollars to upgrade? Probably not.

There are some that will tell you that consumers are harmed by strong patents and that patents inhibit innovation. Nothing could be further from the truth, but that doesn’t stop the lies and misinformation being peddled by elaborate PR campaigns aimed at dismantling the patent system in America.

The truth is consumers benefit most when patents are strongest and act to block actors. When competitors are blocked that means they cannot simply copy and flood the market with knock-offs or products that at their core are essentially identical. Moreover, when strong patents exist competitors are blocked  and incremental innovation is not always, or even typically possible. If all you do is put a slightly new slant on something that is patented the underlying patent will still capture your actions as infringing.

Strong patents do not deter innovators, but rather strong patents inspire innovators to innovate in more grandiose ways. Of course, strong patents do deter copycats, but what exactly does a copycat offer society? The fact that the product or service is a new offering for you does not mean that it is new, and if you are infringing the innovation already exists so the copycat isn’t contributing anything to society’s knowledge base.

When one market player obtains a strong patent position relating to a particularly desirable product or service others in the market must respond or they will lose market share. It is difficult to gain market share, but all too easy to lose it. When patent rights are strong that forces technology companies to constantly work to push the envelope. When patents are weak, as they are now, what you see is innovation creep.

Indeed, in times of recession you would historically anticipate the foundation being laid for the next paradigm shifting technology that would lead to an entirely new industry. That hasn’t happened for a variety of reasons. Capital markets that are still largely frozen certainly contribute, but so too does the weakening of the patent grant. Weak patents will themselves freeze up venture capital markets and tilt the risk-reward calculation for innovators who assume tremendous risk to pursue their innovations.

Critics of the patent system will tell you that when patent rights are strong competitors simply cannot do business. It is more accurate to say that technology users find it more difficult to do business because they do not themselves innovate. If new innovation and the markets that come from innovation are we want, along with the high paying jobs and associated technical benefits for society, we absolutely need strong patents.

Competitors that are blocked by strong patents have a choice. Either they ignore the patent rights and infringe, which is sometimes the choice made particularly when a small company or individual owns the patent and it is believed they can be bullied. Alternatively, competitors must figure out how to design around the patents in place and find new, creative ways to do what they want to do. When patents are designed around that is when paradigm shifting innovation can and does happen. Unfortunately, thanks to the Supreme Court and Congress we have a patent system that today incentivizes copycats and bullying of innovators.

Large corporations coldly calculate the likelihood that they will even be sued by the patent owner, knowing that in at least some, if not many, cases the patent owner will not be able to afford to sue for patent infringement. They notice that even if they lose the overwhelming likelihood is that they will pay only a modest royalty as penalty, indeed a royalty that rather closely approximates what they would have paid initially had they decided to engage in arms-length negotiations with the patent owner. Finally, the entity that will employ an efficient infringement approach can’t help but notice that even if they lose the patent litigation, which may run 5 or 10 years, the patent owner won’t be entitled to a permanent injunction. The lack of a permanent injunction means that if the infringer wants to keep on infringing the patent owner would have to start all over again from ground zero and sue again, waiting another number of years and many millions of dollars to prevail. Starting over is simply not an option when you are dealing with a wasting, time limited asset like a patent.

When those in the market are blocked and they choose not to openly and willfully infringe great things happen. That is when innovation leaps forward. It is this dynamic that the patent system set up intentionally— to reward innovation and discourage copycats. Sadly, this fundamental lesson seems lost on policy makers and the Judiciary. Even worse, infringement is viewed as a viable business model given how weak patent rights have become, how expensive it is to enforce patent rights, and how little can be achieved in many cases even if the patent owner is victorious. Without the ability to gain a Court Order prohibiting further infringement the patent system we have today is nothing more than a compulsory licensing system that inadequately compensates innovators for infringement, which many times is willful or at least reckless.

The patent grant today is an empty shell of the property right it once was and is supposed to be.