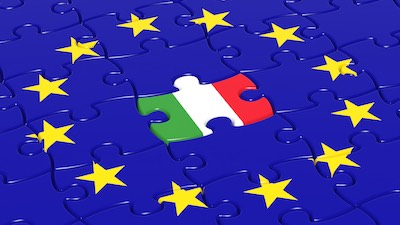 In October, Italy, one of the last holdouts to the European Unitary Patent, joined the party, leaving Spain and Croatia as the only members of the 28-member European Union (EU) opting out. As the fourth largest market in Europe in terms of population, gross domestic product (GDP) and patent validation, Italy’s reversal is a huge step forward. According to Benoît Battistelli, president of the European Patent Office (EPO), “Italy’s accession will … render the Unitary Patent more attractive to companies from other European countries and from across the globe.”

However, there are still many more hurdles to cross before companies or individuals can expect to use the unitary patent to protect their intellectual property throughout the EU, although Battistelli is confident it can be completed by the end of 2016.

So what is it exactly, and what hurdles is it still facing?

Under the new system, one patent will be in effect across all of the participating EU member states, including at least Germany, the United Kingdom, France and 10 others, without having to further validate the patent in each of the individual countries. Infringement, invalidity determinations and injunctions on the unitary patents will be enforceable across the participating states as well. The unitary patent will not only reduce the complexity of protecting IP in Europe, but will significantly reduce the strain on IP budgets, as it currently costs around 36,000.00 EUR (approximately $48,000 USD) today to acquire patent protection in all 27 EU member states.

These high costs usually mean companies generally only seek protection in a handful of countries such as Germany, France, the UK and Italy instead of all of them, which then leave their products unprotected in the majority of EU countries.

Under the proposed UP system, the individual or company will be able to request:

Let’s consider a few issues that may further delay the system—or at least keep the benefits from being as widespread as proponents, including the EPO’s Battistelli, have hoped:

What do you do in the meantime?

Until the Unitary Patent and the Unitary Patent Court are in effect, it’s business as usual for companies or individuals wanting to protect their IP in one, several or all EU member states. File the patent application through the EPO and then prioritize the jurisdictions in which you want protection. You must then file “validations” in each of these countries, and do so within three months from EPO publication of the grant. During these three months, the national validations must be accompanied—in all but a handful of countries—by translated patent claims or full patent specifications in an official language of the respective country. This time-consuming and complex task may require collaborating with as many as 40 different European agents, depending on the number of countries in which you are seeking validation.

This EPO-related complexity makes it increasingly clear how the European Unitary Patent can help organizations seeking protection in numerous European countries. The new system will give these companies much to consider as they either begin, or continue, to do business throughout the continent. While the Unitary Patent won’t be finalized for some time, knowing your options now—and deciding how you best want to proceed across Europe, will give you a leg up over the competition when it is finalized.

Michael V. Sneddon is the president & CEO of MultiLing, an innovative leader in IP translations and related services for foreign patent filings by Global 500 legal teams. Sneddon, who started the company [...see more]