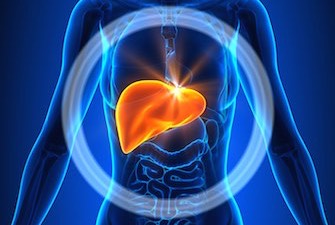 According to the non-profit group, United Network for Organ Sharing, there are over 122,000 individuals currently waiting for a life-saving organ transplant in the United States. Unfortunately for many of those on that wait list, a suitable donor will never be found for them, and they will succumb to their ailment or condition as a result. However hope may be on the horizon, as 3D printed human organs are coming increasingly close to being a reality according to several reports.

In addition to potentially saving thousands of lives every year, this ground-breaking technology raises issues related to patent law that cannot be ignored. Are human organs and/or tissues that are created through 3D printing process that use naturally-occurring cells eligible for patenting? Or are such organs and tissues considered to be products of nature and therefore ineligible for patenting?

When attempting to use 3D printing-based technology to artificially create human organs, there are a number of inherent and significant challenges. Perhaps the most significant of these challenges involves the human biology, and the need to integrate patient-specific data to model and engineer a tissue structure that will not be rejected by the host body. In an article on Line//Shape//Space, pioneering 3D organ printing technology involving Tissue Structure Information Modeling (TSIM) software and a “BioAssemblyBot” six-axis 3D printer is presented a viable solution to overcoming these roadblocks.

TSIM is an intuitive design software that allows biologists and investigators to model in a 3D biological format. It lets designers import and integrate common patient-specific data such as CT scans and MRIs to aid the modeling. This element is significant because it allows scientists to continuously improve tissue-engineering “recipes” that enable assembly of biological material in a way that creates a functional tissue structure, and ultimately an entire organ.

Aside from the ramifications of such technology coming to fruition for patients awaiting organ transplants, there is a significant potential market size to consider. According to Nature.com, 3D printed body parts, namely comprised of comparatively simple structures like titanium replacement hip joints, already bring in an estimated $537m (US) annually.

With so much money at stake, inevitably there will be a rush to patent the technology that enables 3D printed organs, which brings the debate over applicable patent law to the forefront. As previously reported on IPWatchdog, the America Invents Act (AIA) included changes to the law so that “no patent may issue on a claim directed to or encompassing a human organism.” However, there is no given definition of what constitutes a “human organism,” meaning that ultimately the courts may be left to decide how the law should be interpreted.

However, there may be existing precedent to conclude that bioprinted materials, such as a 3D printed human heart, are in fact patentable. In the 1980 Diamond v. Chakrabarty Supreme Court Case, it was determined that genetic engineer Ananda Mohan Chakrabarty’s patent application on a bacterium capable of breaking down crude oil was valid because it was “non-naturally occurring,” and because it was a “product of human ingenuity.” A May 2015 article published in Genetic Engineering & Biotechnology News argues that innovations in the field of bioprinting would be eligible for patenting based upon the first prong of the two prong test established by the Chakrabaty ruling.

The first prong of the Chakrabarty test asks whether or not a bioprinted organ is a naturally occurring manufacture. The Supreme Court has defined the term “manufacture” as “the production of articles for use from raw or prepared materials by giving to these materials new forms, qualities, properties, or combinations, whether by hand-labor or by machinery.”9 Based on this definition, a bioprinted organ is a “manufacture,” but is it also naturally occurring? Given the current state of bioprinting of organs and tissues, the answer to this question is a resounding “yes”.

Patent Attorneys Weigh In From Both Sides of the Atlantic

The case made by Judith L. Toffenetti, Ph.D. and Atabak R. Royaee, Ph.D. in Genetic Engineering & Biotechnology News is compelling, but the debate may not be so easily resolved according to patent law professionals I spoke with from both the U.S. and U.K.

Christopher Peil, a San Francisco and Silicon Valley-based patent practitioner who has an extensive background in biotech and technology, agrees with Toffenetti and Royaee that a 3D bioprinted organ satisfies the two prongs of the Chakrabarty test. In Peil’s view, a bioprinted organ is a synthetic organ, constructed from human stem cells, which is an approximate analog of a living organ, but, as Toffenetti and Royaee point out, there are so many structural differences between the printed organ and the live organ that it is clearly a non-natural manufacture. Also, the manufacture of the organ occurs only as a result of a manufacturing process, designed completely by humans, that assembles the cells into the final product, removing the bioprinted organ even further from the natural world.

Peil also concurs that bioprinted organs are a product of human ingenuity, noting that the stems cells do not spontaneously organize themselves into the organ as an organ is only achieved by laying down cell clusters in layers through the use of a precision electro-mechanical instrument driven by a human-written computer program. The entirety of the process requires an enormous amount of human ingenuity in his estimation.

However, Peil also countered that Chakrabarty is not the only test that must be satisfied, due to the passage of the America Invents Act (AIA) alluded to earlier. In our discussions he alluded to the problems inherent with the ambiguity in the language of the statute itself.

For example, the phrase “directed to” is a term of art that is commonly used by patent attorneys when they are referring to a patent claim’s scope or to the subject matter of a patent claim. But it’s really just Patent Office/patent attorney jargon that has no commonly-accepted meaning.

The phrase “human organism” is another problem.   To me, a human organism means a human being, but reasonable minds can differ. One author pointed out that one reasonable dictionary definition of “human organism” could include “any living entity containing one or more cells belonging to the species homo sapiens.” This definition would arguably include our bioprinted organ within its scope, effectively rendering the bioprinted organ ineligible for patenting.

Because the AIA contains no explanation or definition of the statutory language, there is little clarity about what the law means, and it doesn’t provide the USPTO and/or the courts with much guidance in understanding and applying the law.

In Peil’s estimation, it will likely be left to the courts to decide what the law means, and the biases or beliefs of the ruling judge or judges may come into play. He continued that a better alternative would be for Congress to revisit this section of the AIA and fix the defects in the current law by supplying clear definitions of the statutory language.

For a second opinion on the matter, I contacted Tim Mount, legal counsel for Innovate Product Design of London. In Mount’s view, past decisions and precedents from cases involving genes, cloning, and pharmaceuticals may be informative in predicting the outcome of this issue.

Whilst patent protection is arguably the main driver for innovation in the medical field, it will always prove a problem to balance the competing (a) private interests of rewarding innovation, and (b) public needs for cost-effective treatment.

This is compounded by the pace of change and the nature of legal precedent. According to this, future developments and present decisions need to be referenced back to past decisions. This can be difficult to predict and navigate for courts. Similar issues have however arisen in the past, with reference to genes, cloning and even pharmaceuticals. And in general the balance has fallen in favor of the private on the basis that the public benefit. But some estimates assert that a fifth of the human genome is currently subject to patent claims. This seems to assert a philosophical view that discovery equals invention, and it is hard to say that private ownership seems appropriate.

In the increasingly global world though, it is worth noting that fights in the US (where questions continue over patented genomes) and India (where generic drugs seem to be undermining patent law) are over precisely this balance.

From a legal perspective, there is clearly ambiguity over the intent of the America Invents Act with respect to this issue, although the concept of 3D printed human organs would seem to meet both prongs of the Chakrabarty test. The public benefit of such bioprinted organ technology is without question given the thousands of lives that could potentially be saved. However, the financial interests of private entities involved in the development and production of such technology is by no means insignificant and will undoubtedly loom large in any future legal proceedings.

Andrew Armstrong is a technology enthusiast and digital marketing adviser based in the San Francisco Bay Area. A graduate of U.C. Berkeley in 2003, Andrew now lives in San Mateo, California with [...see more]