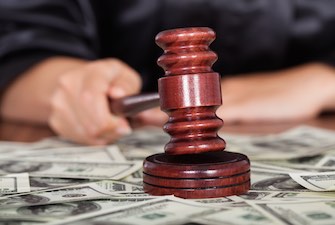 Patent practitioners, and many in-house counsel, are all too familiar with “patent trolls,” non-practicing entities that, as a business model, acquire patents and sue established companies for nuisance value settlements. Indeed, the proliferation of troll suits reached such a fever pitch in recent years that it garnered the attention of the media, industry groups, and Congress. (Both the House and Senate proposed bills designed to address the problem).

Then in April 2014, the United States Supreme Court decided Octane, forever altering the landscape of patent litigation. Octane Fitness LLC v. ICON Health & Fitness, Inc., 134 S. Ct. 1749 (Apr. 29, 2014). In Octane, the Supreme Court redefined what it means to be an “exceptional” case for purposes of patent fee shifting of attorney’s fees in patent cases. Patent trolls create economic leverage over even the largest companies in the country (Apple, Microsoft, Google) by taking old patents, with outdated technology, but broadly worded patent claims, and then filing dozens of patent suits at once. By doing so, the incremental cost to litigate beyond the first defendant is negligible, i.e., once the patent analysis and related litigation work are performed for the first case, the work for additional cases is mostly duplicative and costs very little. The economies of scale in this arrangement provide patent trolls with economic advantage over each defendant, which must defend at its own expense.

Before Octane the Federal Circuit required a showing, by clear and convincing evidence, that the patentee’s case was brought in subjective bad faith and was objectively baseless, before fees could be awarded to a prevailing accused infringer. Under this standard there was no realistic chance to get attorneys’ fees even in the weakest of patent cases. As a result, patent trolls could extract monies from any defendant, no matter the economic worth of the patent, because a $500,000 settlement, for example, was cheaper than $3,000,000 to defend a weak patent case. Without any realistic chance of getting fees back for successfully defending a weak case, companies were economically coerced to pay the nuisance value settlements.

The Supreme Court, in Octane, rejected the Federal Circuit’s “rigid” test and heightened proof standard, holding a case is “exceptional” for purposes of 35 U.S.C.§ 285 if, by a preponderance of the evidence, it “stands out” from others with respect to the substantive strength of the party’s position or the unreasonable manner of litigating. In doing so, the Supreme Court provided economic incentive for companies to stand up to the patent trolls by defending weak patent cases. District courts have followed the Supreme Court’s lead, awarding attorneys’ fees in dozens of cases in the last year since the Octane decision, and ultimately, it is hoped, curbing abusive and unmeritorious troll litigation. See, e.g., Summit Data Sys., LLC v. EMC Corp, 2014 WL 4955689 (D. Del. Sept. 25, 2014).

What may be less well known is that Octane was not itself a “patent troll” case. Rather, Octane involved another kind of abusive patent litigation; namely, a large company asserting a patent it pulled “off the shelf” against a small start-up competitor. While patent trolls gain economic advantage through economies of scale, large companies have economic advantages over smaller competitors by virtue of their size and resources, and can similarly abuse the system. They can use the high cost to defend patent litigation as a competitive weapon, either to force the smaller competitor to exit the market, discontinue a product line, or pay an unwarranted royalty (thereby hindering the competitor in the marketplace). On remand, the District Court in the Octane case recognized just this sort of economic coercion, and found the case exceptional warranting a fee award. Icon Health & Fitness, Inc. v. Octane Fitness, LLC, 2015 WL 4041684 (D. Minn. July 1, 2015). And last week, the District Court awarded almost $2 million in fees and costs to Octane, the prevailing accused infringer. Icon v. Octane, 2015 WL 5122905 (D. Minn. Sept. 1, 2015).

So, what is the best way to use the Octane decision and how do you best maximize your odds of securing a fee award for standing up to the abusive patent litigation; either patent troll or competitor bully? Consider these general guidelines:

Fully discover every aspect of the plan that gave rise to the litigation and the execution of that plan. In the context of troll litigation, this would include the investors funding the litigation, their history with suits of this nature, how they found the patents in suit, and how they selected their targets, and resolved other cases.

In the context of competitor litigation, fully develop the story regarding a larger, more established company suing a smaller, more vulnerable company, and the use of questionable patent claims to get some remedy to which the company was not reasonably entitled, for example, stopping competition or paying a royalty not owed. See Medtronic, Inc. v. Mirowski Family Ventures, LLC, 134 S. Ct. 843, 852 (2014) (“A patentee ‘should not be … allowed to exact royalties for the use of an idea … that is beyond the scope of the patent monopoly granted’.”)

Rudy Telscher was lead counsel in Octane Fitness, LLC v. Icon Health & Fitness, Inc., and his team successfully defended the patent infringement case from the district court up to the Supreme [...see more]

Kara R. Fussner is a Principal with Harness Dickey. She has been litigating complex civil disputes for more than 17 years. She was part of the litigation team that defended Octane (District Court [...see more]