The ‘right to be forgotten,’ an EU regulation washing up on American shores 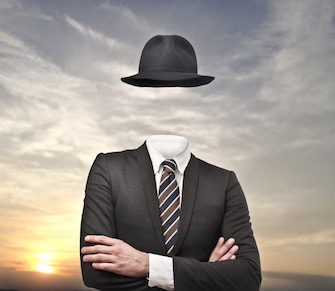 In America, the right to free speech, protected by the First Amendment to the U.S. Constitution, is seen as an inalienable right. Much of the rest of the world does not have such a right to free speech, or the “right” to speak is not actually enforced (or allowed) by the government. Speech is even severely regulated in the United Kingdom, which has numerous exceptions to free speech and perhaps the strongest defamation laws in the western world.

With disparate treatment of speech across the globe it is a wonder there hasn’t been a greater number of legal confrontations in the Internet Age. A great deal of speech nowadays, including written text also covered by the First Amendment in the United States, is in an entirely new digital format. This digital speech largely knows no boundaries, at least unless the Internet is cut off or traffic extremely regulated, such as in China or Iran. Cross border digital speech could easily lead to an international confrontation over the idea of free speech on the Internet, and it recently has.

In early June, authorities with the French agency CNIL, that country’s data protection regulating agency, served a formal notice to Google Inc. (NASDAQ:GOOG) that it must delete certain links from it’s Google.com domain on a legal basis known as “the right to be forgotten.”

The right to be forgotten is a new and developing area of Internet privacy rights that refers to the right an individual has to have information about him or her removed from the Internet, even when that information is factually correct. It is a concept that has developed over the past few decades but received the most mainstream attention in May 2014. That’s when the Court of Justice of the European Union (CJEU) ordered Google to remove search engine listings related to a property auction that concluded in 1998. The Spanish man requesting the link removal that enough time had passed that the information was irrelevant but it kept coming up in search results and he was concerned that it could create a negative impression in others, specifically concerning his financial situation.

The right to be forgotten sounds like a reasonable topic for debate but one thing that should be pointed out to start with is that, although Google could forget, the Internet never will. Google could remove individual pages from its search results but the page still exists out there. The information is data on a newspaper’s servers and it would be possible to access that data even after Google “forgets.” Still, though, that information would cease to be ubiquitous and as easily accessible through a quick search engine query.

As implemented, the right to be forgotten works when an individual first contacts a search engine provider and asks them to de-list a search result link, essentially taking it out of their available search results. The provider assesses whether the privacy issue at stake has enough merit to de-list the link. If they don’t, the individual then has another avenue to take with a regulatory agency which may overturn the search engine provider’s decision.

Until the recent legal action by the CNIL, this had largely been a regulatory issue confined within the borders of the European Union. The problem from the EU’s point of view, however, is that until the changes are implemented on the main Google.com domain, and not just for its domains in countries like France (google.fr) or England (google.co.uk). Although Google.com is the American domain of Google, it is easily accessible for all European Internet consumers because the Internet doesn’t just stop at a border. Through Google.com, it is not hard to find the property auction listing in question. We were able to locate the auction listing within two minutes.

Perhaps unsurprisingly, a group of advisors brought together by Google to debate the right to be forgotten issued a 44-page report concluding that there was no reason that search engine result prohibitions should be applied to Google.com as well. There are some who also argue that implementing a right to be forgotten that has to be respected internationally could create a regulatory “race to the bottom” in which American Internet is essentially beholden to free speech restrictions seen in, say, North Korea or Cuba. Depending on how hard either side dig in, we could have an increasingly interesting international regulatory situation developing over the coming months.

The legal basis for the European Union court’s ruling regarding Google’s search result rankings is derived from a 1995 Data Protection Directive which establishes protections for individuals with regard to having personal data processed. A fact sheet distributed by the CJEU claims this as the foundation for its May 2014 decision. It’s interesting to note that the CJEU explicitly states that the right to be forgotten does not automatically trump the freedom of expression or the freedom of the media, other personal rights that the EU legally recognizes. The court is trying to assure that requests to be forgotten will be carefully assessed on a case-by-case basis, saying that the particular case ruling establishes that. It does not appear, however, that either the freedom to expression or the freedom of the media is mentioned in that ruling.

To hold Google responsible would require the company to pick favorites, which is exactly the type of criticism some are leveling against Google and other search engines. The argument goes like this: As Google modifies it algorithm to continually provide better search results pointing to the most reliable sources they are selecting out certain websites. Truthfully, if Google is going to be investigated or criticized for trying to refine and perfect its algorithm at the same time they are being investigated and criticized for refusing to refine its algorithm to hide publicly available information they caught between the proverbial rock and a hard place. They can’t win.

Would the right to be forgotten ever work here? It’s likely to be a sensitive subject if it ever is seriously addressed. Freedom of speech turns many a debate into a non-starter, and it only takes a slight ruffling of the Internet’s feathers to get free speech advocated whipped into a rabid frenzy. And yet there’s a certain sense made by respecting a person’s right to, say, remove a social media post if the poster regrets it years later. After all, would you want to be judged forever by your dumbest decision? These are relatively new problems, particularly given that Facebook and other social media sites didn’t exist even half a generation ago.

One way to consider whether the average American would be comfortable with respecting the right to be forgotten is by looking at what Google has been asked to take down so far. It would seem that the best argument to be made by the free speech camp is that this kind of measure could enable state censorship on a wide scale. However, reports from British newspaper The Guardian show that more than 95 percent of requests to be forgotten are from citizens seeking to have private details, like a spouse’s death or private address information, remain more private. About half of those have been approved and the resulting 400,000 pages removed from Google’s search engines are a very small sliver of the billions of pages of data on the Internet currently. There have also been requests made to remove data classified as child protection, political, public figure and serious crime; in each case, around one-fifth of those requests have been granted but each of those make up less than one percent of the remaining requests to be forgotten.

It’s also worth noting that the right to be forgotten does not preempt anyone’s ability to say anything. The newspaper who printed the 1998 Spanish property auction that started this most recent round of debate does not seem to have faced any fallout from this and is able to keep that content on the Internet itself, which is interesting to say the least. The information still exists but by targeting Google it presumably won’t be findable, or at least easily findable. Of course, the reality is that if Google isn’t held responsible for the information on a server run by someone else then there is no effective way to grant anyone the right to be forgotten. Can you imagine the regulatory nightmare associated with dealing with website operators independently? That would also raise real First Amendment concerns unless the content was found to be defamatory, which is a tall order in the United States.

We’re currently experiencing an interesting moment in America regarding the issue of personal rights. The rights of minority groups on issues like gay marriage, racial justice and more have moved into the crosshairs of public debate in a way that they did not a decade before. Is it possible that all Americans deserve the right to manage their digital footprint in a way that gives them a check on Google’s power? Is government action really necessary when there are commercial solutions that can effectively bury negative search engine results, such as Reputation.com? Regardless of the answer to these important questions, it is becoming clear that the current flap between Google and the French government will likely need a much larger answer.