PTAB to determine whether to sanction Kyle Bass for filing IPRs 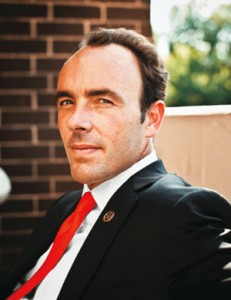 Behind the Coalition for Affordable Drugs is hedge fund billionaire Kyle Bass, who has been filing post grant challenges to pharmaceutical patents in the hopes of causing the patented drug to fall into the public domain, which would cause the patent owner to lose revenue in the face of generic competition. The loss of revenue would cause the stock price to go down, which would be to the benefit of any investors who might hold a short position in the stock. Kyle Bass has reportedly been shorting the stocks of the companies that own the patents he is challenging.

According to Celgene, the Bass strategy of shorting a stock and filing an IPR is an abuse of the process and not what post grant procedures were designed to accomplish. Celgene’s motion argues:

Inter partes review (“IPR”) was designed as an expeditious and less costly alternative to federal district court litigation. It was not designed for the purpose to which it is aimed here—as a tool to affect the stock prices of public companies for financial gain, to the detriment of those companies and the investing public. By their own admission, the real parties in interest (“RPI”) filed this and other petitions as part of their strategy to profit from affecting stock prices. Their petitions represent an ongoing abuse of the IPR process that has been and will continue to be an unwarranted burden on the Patent Trial and Appeal Board (“Board”), and on innovators like patent owner Celgene Corporation (“Celgene”) and its shareholders. Celgene is confident in the strength of its patents, but should not be required to expend extensive resources defending them in the face of the RPI’s abuse of process.

Celgene also alleges that Erich Spangenberg, who is working with Bass in an advisory role, attempted to obtain payment from Celgene in exchange for not challenging the patents in issue through the IPR process. Celgene alleges that when they refused to pay Spangenberg he teamed up with Bass and conceited “concocted a new scheme to profit from affecting companies’ stock prices by filing IPRs.”

In response, the Coalition for Affordable Drugs argued:

[Celgene] makes the curious argument that filing IPR petitions with a profit motive constitutes an “abuse of process.” Yet at the heart of nearly every patent and nearly every IPR, the motivation is profit. Celgene files for and acquires patents to profit from the higher drug prices that patents enable. Generic pharmaceutical companies challenge patents to profit from generic sales. Celgene’s argument is in conflict with Supreme Court precedent expressly finding it in the public’s interest for economically motivated actors to challenge patents. See Lear v. Adkins, 395 U.S. 653, 670 (1969) (holding public interest requires permitting licensees to challenge validity because they “may often be the only individuals with enough economic incentive to challenge the patentability” and “[i]f they are muzzled, the public may continually be required to pay tribute to would-be monopolists”). Having an economic motive for petitioning the government simply does not turn the petition into an abuse of process.

The Coalition for Affordable Drugs goes on to argue that whether their motives are altruistic is irrelevant. They argue:

The U.S. economy is based largely on the notion that individual self-interest, properly directed, benefits society writ large. Celgene’s motive is to profit from consumers and taxpayers from drug sales. Celgene’s patent-conferred monopoly results in Revlimid prices that exceed $580 per pill— creating costs in excess of $200,000 per patient year. Revlimid sales were nearly $5 billion in 2014. Celgene is not giving Revlimid or its profits away.

(citation omitted). Essentially, by and through the Coalition for Affordable Drugs, Bass is arguing that while his motives may not be altruistic the motivations of Celgene aren’t exactly altruistic either. Nevertheless, the public would stand to benefit if Bass is successful. The Coalition for Affordable Drugs correctly notes that “each petition that knocks down a barrier to generic entry benefits the public.”

Celgene argues in their sanction filing that the legislative history of the America Invents Act (AIA), which is the law that ushered in the ability to engage in the type of challenge being brought by Bass by and through the Coalition for Affordable Drugs.

Celgene argues that according to the legislative history, the one and only purpose for the creation of post grant challenges to issued patents was to help deter patent trolls. While this may well be what many Members of Congress understood, the problem is that the law as written does not require standing in order to initiate a challenge using the inter partes review process. Further compounding the problem for Celgene is the fact that challenges under the Covered Business Method (CBM) review process do require standing in order to initiate such a procedure at the United States Patent and Trademark Office (USPTO).

The legislative history is silent with respect to the type of challenge brought by hedge fund managers seeking to take advantage of a market opportunity. Using standard canons of statutory construction, given that IPR does not require standing and CBM does require standing, it will be argued that Congress was aware of the possibility of requiring standing and opted to include such a requirement only for CBM. By implication Congress must have also opted not to incorporate a standing requirement for IPR. Thus, it seems based on the way the legislation was drafted the intent was to allow anyone to bring an IPR challenge for any reason. Motivation does not appear to matter, which would mean that there is nothing wrong, illegal or immoral about the challenge brought by Bass and the Coalition for Affordable Drugs.

Celgene also argues that Congress gave the Patent Office broad discretion to award and enforce sanctions for abusive use of IPRs.

Pursuant to 35 U.S.C. 316(a)(6), Congress did give the Patent Office the authority to create regulations, including regulations regarding the appropriateness of awarding sanctions for abuse. The AIA instructed the Patent Office to create regulations “prescribing sanctions for abuse of discovery, abuse of process, or any other improper use of the proceeding, such as to harass or to cause unnecessary delay or an unnecessary increase in the cost of the proceeding…”

The Patent Office did create regulations explaining when sanctions would be possible. The Patent Trial and Appeal Board (the “Board”) “may impose a sanction against a party for misconduct, including: (1) Failure to comply with an applicable rule or order in the proceeding; (2) Advancing a misleading or frivolous argument or request for relief; (3) Misrepresentation of a fact; (4) Engaging in dilatory tactics; (5) Abuse of discovery; (6) Abuse of process; or (7) Any other improper use of the proceeding, including actions that harass or cause unnecessary delay or an unnecessary increase in the cost of the proceeding.” See 37 C.F.R. 42.12(a).

Celgene argues that the Board has the authority to issue sanctions against Bass and the Coalition for Affordable Drugs because the IPR filings are an abuse of process or otherwise improper. Bass et al counter by pointing out that the law and regulations allow a person who is not the patent owner to file an IPR, which means that  “[a] dismissal sanction would amount to an impermissible substantive rule that changes existing law governing an individual’s standing to file an IPR petition…”

It is important to remember that the primary architects of the AIA were from the pharmaceutical industry. In fact, Bob Armitage, the former General Counsel for Eli Lilly, was invited to speak at virtually every gathering of patent industry professionals because of how intimately involved he was with the drafting of the language of the AIA, and how closely he was involved with lobbying the industry, and Congress, to pass the AIA. The pharmaceutical industry supported the AIA, which is what ultimately pushed the bill across the finish line after many years of failed attempts. In retrospect it looks like the industry should have been more concerned about post grant challenges.

I am sympathetic to the biotech and pharmaceutical companies who are facing challenges to patented drugs that no one anticipated. Given the critical role the pharmaceutical industry played in passage of the AIA, I am much more sympathetic to the many other patent owners who find their patents being challenged in various post grant proceedings. These other patent owners largely did not support the AIA, and vigorously opposed creation of new mechanisms to challenge issued patents.

It hardly seems reasonable that a motion for sanctions should be granted when a pharmaceutical patent is being challenged simply because the challenger has brought the petition for some monetary benefit. If the Board sides with Celgene then all patent owners should be victorious in sanctions motions given that the challenger always has some financial motive for seeking to invalidate the challenged patents. Therefore, it seems extremely unlikely that the Board would award sanctions simply due to the financial motivation for filing an IPR. Such a ruling seems further unlikely given Supreme Court precedent that exalts challenges to patents as being in the public interest.

It is, however, troubling when petitioners contact patent owners in advance of filing an IPR seeking payment for not challenging a patent. Such a tactic could easily be characterized as extortion-like, but I’m not sure where you draw the line. Would it be acceptable to file the IPR challenge and then acknowledge a willingness to settle if the patent owner were to pay? In other words, does the timing of the request for payment matter? It would be a stretch for any court to rule that an offer to settle an already instituted litigation constituted extortion-like activity.

The real problem isn’t that Kyle Bass is seeking to take advantage of a market opportunity, but rather that the post grant procedures were ill-conceived from the start. They were championed as being a cheaper alternative to litigation, but in fact can easily cost in excess of $1 million in attorneys fees, which is hardly cheap. Post grant challenges were seen as a panacea that would allow certain companies to take out certain patents, but due to political realities pharmaceutical and biotech patents couldn’t be carved out. That political problem remains. If post grant challenges are good for some patents they must be good for all patents. Similarly, if inter partes review can be brought by some parties without standing then they must be able to be instituted by all parties without standing, even if the motivation for brining the challenge is primarily (or even exclusively) financial.