Was the Federal Circuit Trying to Save Us from Ourselves in Williamson v. Citrix? 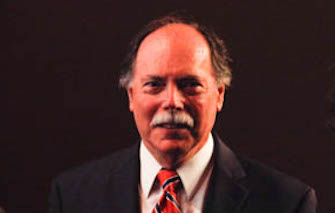 In Williamson v. Citrix,[1] the Federal Circuit overruled its own precedent that there is a “strong” presumption that claim limitations that do not use the term “means” are not means-plus-function limitations. This change has been decried by practitioners who purposefully avoid the word “means” in order to avoid means-plus-function treatment of their functionally claimed elements.

What do you accomplish by avoiding means-plus-function treatment? Under 35 U.S.C. 112(f),[2] means-plus-function elements are “construed to cover the corresponding structure . . . described in the specification and equivalents thereof.” Is it reasonable to expect that a “means”-less functional element would be construed to be broader than provided in §112(f)? No. Claims are, and always have been, limited the scope of the written description and the enabling disclosure in the specification. There is a risk that by not limiting a claim to what is disclosed in the specification and equivalents thereto, the claim will be found invalid.

Means associated with said pressure responsive device for tuning said receiving means to the frequency of echoes from the tubing collars of said tubing section to clearly distinguish the echoes of said couplings from each other.

Among the things that concerned the Supreme Court about this claim language was that “[n]either in the specification, the drawing, nor in the claims here under consideration, was there any indication that the patentee contemplated any specific structural alternative for the [disclosed] acoustical resonator or for the resonator’s relationship to the other parts of the machine.”[4] The Supreme Court said that “[u]nder these circumstances the broadness, ambiguity, and overhanging threat of the functional claim of Walker became apparent.”[5] Noting that Walker was claiming that “any device heretofore or hereafter invented” that performed the function infringed, the Supreme Court said “[j]ust how many different devices there are of various kinds and characters . . . we do not know.”[6] As a result, the Supreme Court held that that claims were invalid, noting that “to be consistent with [the precursor of §112], a patentee cannot obtain greater coverage by failing to describe his invention than by describing it as the statute commands.”[7]

A few years later, when Congress was revising the patent laws, it included the precursor of §112(f) on means-plus-function claiming, at least partly in response to Walker.[8] However, the innovation of §112(f) was that means-plus-function language could be employed at the exact point of novelty, as suggested in In re Donaldson,[9] while the limitation of the scope of such claims to what was validly supported by the specification preserved their validity.

While a “means”-less functional claim element may be broader in scope than a corresponding means-plus-function element, to the extent that this breadth exceeds what is supported by the specification, it is illusory. Thus, by eliminating the strong presumption that a “means”-less functional claim is not covered by §112(f), the Federal Circuit in Williamson v. Citrix may have eliminated what, in at least some circumstances, is a strong presumption that the claims are invalid.

After Williamson v. Citrix, there remains a presumption that “means”-less functional claims are not covered by §112(f), but is this a presumption of invalidity? Yes, when the functional language is broader than is supported by the specification, which it almost certainly is. However, there is a narrow category of “means”-less functional language, identified by the Federal Circuit in cases like Greenberg v.Ethicon Endo-Surgery, Inc.,[10] that does not invoke §112(f), and yet are validly limited to structure.

In Greenberg, the claim language at issue required “a cooperating detent mechanism defining the conjoint rotation of said shafts in predetermined intervals[.]”[11] Although the district court found this functional language invoked §112(f), the Federal Circuit disagreed. To the Federal Circuit, the fact that a particular mechanism is defined in functional terms was not sufficient to convert the language into a means-plus-function element under §112(f). The Federal Circuit found that “detent” was no different than many other terms that take their names from the functions they perform, such as “brake,” “clamp,” or “screwdriver.” The Federal Circuit noted that although these terms do not call to mind single, well-defined structures, they have a “reasonably well understood meaning in the art.”[12]

On the other hand, in cases like Welker Bearing Co. v. PHD, Inc.,[13] where the functional language employs verbal constructs or “nonce words” that are not recognized as the name of a structure, then §112(f) applies. Examples of such terms include “module for,” “mechanism for,” “device for,” “unit for,” “component for,” “element for,” “member for,” “apparatus for,” “machine for,” and “system for.”

Means-plus-function claiming is an opportunity to be embraced, not a trap to be avoided. Invoking §112(f) and the associated scope of a means-plus-function limitation is largely in the control of the patent drafter. Means-plus-function claiming offers several benefits, including convenience, the elimination of disclosure/dedication problems,[14] and the preservation some measure of equivalents, even in the face of prosecution history estoppel. Using a means-plus-function limitation under §112(f) allows the drafter to claim everything disclosed in the specification and equivalents thereto. Relying instead on expansive functional language in the claims may create a broader scope, but the protection is illusory if that scope is not supported by the specification.

§112(f) is a savings provision, protecting functional claim language from being invalidated for exceeding the scope of the disclosure. The Federal Circuit’s decision in Williamson v. Citrix, eliminating the strong presumption against the application of §112(f), makes this savings provision more readily available for claims with functional language. 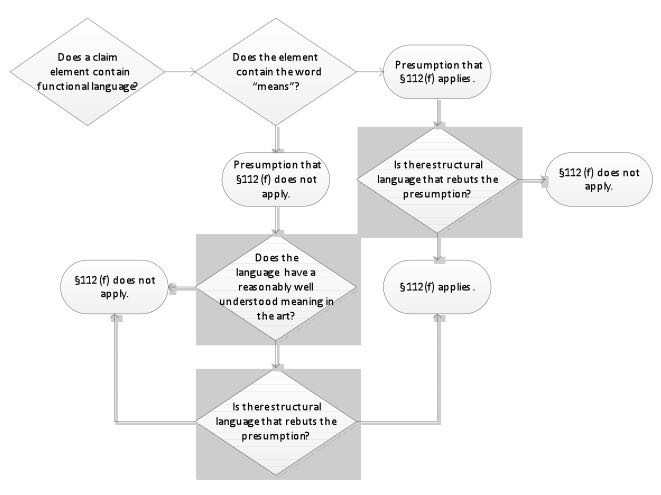 Bryan Wheelock is a principal in the St. Louis Metro office of Harness Dickey. His practice includes preparation and prosecution of patent and trademark applications and drafting of intellectual property agreements. He [...see more]