BIO, PhRMA lobby for IPR fix to insulate their patents from challenge 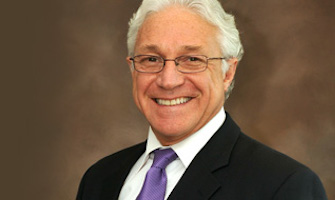 In a recent op-ed published by The Hill, Jim Greenwood, President and CEO of the Biotechnology Industry Organization (BIO) and John Castellani, President and CEO of the Pharmaceutical Research and Manufacturers of America (PhRMA), argue that something must be done by Congress to stop IPR trolls from attacking biotech and pharma patents. In support of their position Greenwood and Castellani point out, “When Congress created the IPR process as part of the America Invents Act of 2011, it never intended for IPR to be used to kill valid biopharmaceutical patents…”

Greenwood and Castellani go on to explain the problem facing the biotech and pharma industries in this way:

An immediate problem is that the inter partes review (IPR) process at the U.S. Patent and Trademark Office (PTO), which is intended to provide a faster and cheaper process for people to challenge patents, is being abused by outside interests, including hedge funds, seeking to undermine and exploit it for short-term financial gain.

Predatory hedge funds are short-selling the stock of patent-dependent companies, then challenging the companies’ legitimate patents at the PTO to rattle the stock market, and then attempting to profit from a resulting drop in the companies’ stock price.

An egregious example is the hedge fund manager who recently filed IPR challenges to the patents held by Acorda Therapeutics, a small biotech company that developed and brought to market a new treatment that improves multiple sclerosis patients’ mobility. After the first IPR challenge to Acorda, investors lost more than $150 million in value, and the stock has yet to recover.

If you consult the legislative history of the America Invents Act (AIA), there is no doubt that inter partes review (IPR) was not intended to allow the type of gaming that Greenwood and Castellani are troubled by. Post grant procedures were designed to be an alternative to litigation. The intent was to give those with a justiciable grievance a cheaper, faster forum in which to challenge a patent. The legislative history is replete with Congressmen and Senators explaining that it was their understanding that the new post grant procedures, including IPR, would be a faster, cheaper alternative to litigation. Unfortunately, the legislative history is silent, however, with respect to the type of challenge brought by hedge fund managers seeking to take advantage of a market opportunity.

Greenwood and Castellani will have two major problems as they seek relief. First, the IPR provisions do not include a standing requirement, which means that anyone can bring an IPR for any reason. This is complicated by the fact that covered business method (CBM) challenges specifically and unambiguously do require standing to bring a CBM challenge. Using standard canons of statutory construction, it will be argued that Congress was aware of the possibility of requiring standing and opted to include such a requirement for CBM, but also opted not to incorporate a standing requirement for IPR.

The second problem is potentially more challenging. During the last hearing of the House Judiciary Committee there was an attempt to insert language via amendment that would make it impossible for certain biotech and pharmaceutical patents to be challenged using any post grant challenge (i.e., IPR, CBM or post grant review (PGR). Judiciary Chair Congressman Bob Goodlatte (R-VA) vociferously objected saying that an IPR fix would create a so-called scoring problem with the Congressional Budget Office (CBO). What this means is that if this relief were provided for the biotech and pharmaceutical industries, as desired by Greenwood and Castellani, it will cost the federal government money and increase the deficit unless it is offset.

What an admission by Congressman Goodlatte. Post grant challenges were never anticipated to be used to take advantage of money making opportunities the way certain hedge fund managers are doing. Yet, relief seems unlikely because the federal government will benefit, as would any insurance company, if these biotech and pharmaceutical patents are taken out.

The irony here for the pharmaceutical industry is enormous. It is widely known within the industry that one of the primary architects of the America Invents Act was Bob Armitage, the former General Counsel for Eli Lilly. After the AIA passed Armitage was invited to speak at virtually every gathering of patent industry professionals because of how intimately involved he was with the drafting of the language of the AIA, and how closely he was involved with lobbying the industry, and Congress, to pass the AIA. Now provisions of the AIA are viewed as potentially leading to the death of at least some pharmaceutical and biotechnology companies. What an enormously poor decision it was for the biotech and pharmaceutical industries to support the AIA.

All of the post grant challenges are extraordinarily problematic and I would prefer to see them done away with altogether. Post grant challenges were ill conceived from the start. After spending 5 to 10 years and $50,000 to $100,000 to obtain a patent the new patent owner of a patent that covers a commercially viable innovation will find the patent challenged after the fact. The patent owner will need to spend between $500,000 to $1,000,000 to fight to keep the patent, all of the procedural and substantive laws will favor the challenger, and about 75% of the claims reviewed will be lost. Post grant proceedings make a mockery of the patent system. Why would anyone spend all that time and money if the Patent Office is only correct 25% of the time?

The argument that certain biotech and pharmaceutical patents should be immune from post grant challenges because the are subject to challenge under Hatch-Waxman is a complete red herring. Hatch-Waxman has been rendered so thoroughly useless over the last decade, perhaps longer. All Hatch-Waxman challenges do is delay entry of generic drugs to the market while at the same time transferring wealth from brand name drug companies to generic companies in exchange for not entering the marketplace. Of course, the argument (made by several Senators) that IPR prevents generic drugs from getting to market quickly is false. If an IPR is successful the patent is lost and generics can enter the market. Hatch-Waxman is the procedure that gets in the way of generic drugs entering the marketplace. See IPRs do not frustrate Hatch-Waxman.

So where does this leave us? It is hard to tell. Lobbying for an IPR fix for biotech and pharma has been strong and at the highest levels. I’ve been told that CEOs have been coming to Washington, DC, themselves, which shows just how important this issue is to the industry. If this level of push continues it seems inevitable that biotech and pharma will get what they want one way or another. Time will tell.