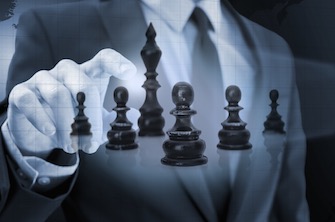 One of the things that separates adults from children is the ability to learn without having to engage in painful experienced based internalization. For example, with a child no matter how many times you tell them not to touch a hot stove the lesson won’t be sufficiently internalized until the hot stove is touched. That is the nature of an inquisitive mind in a world where everything is new.

The availability of information to gain insights based on what is happening to others who are similarly situated means decision makers can leverage the experiences of many when determining how best to proceed. For example, in the patent world if you file an application that gets classified in Class 705 that means you have little or no meaningful chance to obtain a commercially relevant patent. Truthfully, you have little or no chance to obtain any patent really. So what decision do you make moving forward? Are you going to continue to throw good money after bad money to wage a fight that you realistically have virtually no statistical chance to win?

Perhaps you might choose to fight even if your application is classified in Class 705 (business methods), but spending tens of thousands of dollars in a prolonged prosecution doesn’t make a lot of sense when there are other strategies that can be pursued. Rather than filing a Request for Continued Examination (RCE), or two or three (or more) you might just want to get to appeal as quickly as possible. You might also simply decide to file a continuation and abandon the application classified in Class 705. By focusing the claims in the new patent application on different aspects of the disclosed invention you may very well may get a different classification altogether. The same can be true if you wind up in an Art Unit that has an extremely low allowance rate, as is historically the case with Art Unit 3689.

Being armed with relevant information is never a bad idea. By knowing the facts on the ground you are in a better position to make informed strategic choices that will lead to a better patent prosecution strategy. This isn’t rocket science, but it is relatively new for the patent space.

Over the last several years Google has partnered with the United States Patent and Trademark Office. Google crawls the USPTO servers, scrapes data from image files (which is how the USPTO historically saved each page of a document) and is making the raw data freely available. This partnership between Google and USPTO is what has lead to a wealth of factual, historical information being made available. It also explains how we can know that you have statistically little chance to obtain a patent that has been given a 705 classification.

According to Gaudry, she has used prosecution data to show how prioritized examination (i.e., Track 1) and the First-Action Interview Program are associated with higher allowance rates and reduced office-action counts. She has also used data to show clients the benefit of using the After Final Consideration Program, leads to higher overall allowance rates.

Chris Holt, a patent attorney and the creator of Patent Advisor, has for the last few years spent copious amounts of time diving into the data in an attempt to identify characteristics that distinguish a successful patent prosecution from one that will ultimately result in an unfavorable result from the perspective of the patent owner. Holt provided the following list of characteristics that are more likely to lead to a favorable end result:

For example, in some situations available data can reveal that an examiner may statistically issue only a very small percentage of applications after the second RCE filing. If you find yourself with an examiner like that does it really make sense to file a third, fourth or later RCE? Probably not, but examining prosecution histories show that decisions to file RCEs well after it is statistically likely that an examiner will allow a patent are unfortunately commonplace.

The moral of the story is this: Patent prosecution is expensive and strategies on how to handle or approach getting a patent no longer need to be guess work.