In Memory: Remembering Hall of Fame Inventors One Final Time

On Tuesday, May 11, 2015, I attended the National Inventor’s Hall of Fame 43rd Annual Induction Ceremony at the National Portrait Gallery, which is also the former home of the United States Patent Office.  Mid way through the ceremony the celebration paused for the sad annual ritual of remembering Hall of Fame inductees who have passed away since last year’s ceremony.  We too would like to take a moment to recognize these giants of innovation. With this in mind, and in an attempt to recognize these groundbreaking innovators, below we highlight their inventions that lIed to their Hall of Fame Inductions. 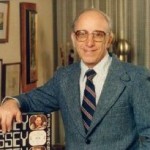 In the 1960s, Ralph Baer worked for defense contractor Sanders Associates. Although his primary focus was to develop military systems, Mr. Baer was a pioneer in the field of interactive video games. Sanders thought that his gaming ideas could make money so he developed a number of games that became part of his \”Brown Box,\” a multi-game console, including ping-pong, handball, soccer, volleyball, target shooting, checkers, and golf.  He also invented what became known as the Magnavox Odyssey Home Video Game System. Sanders then licensed the technology to Magnavox, which introduced the Odyssey system to the market place in 1972.  Mr. Baer continued to work on interactive games during his years at Sanders, in addition to continuing his work on military electronics. A well-known game he developed was Simon, a single-chip, microprocessor controlled memory game introduced in 1978.  Born in Germany on March 8, 1922, Mr. Baer passed away on December 6, 2014. We paid tribute to Baer shortly after his passing with The Evolution of Video Game Consoles. 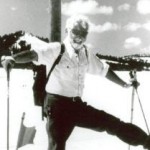 Dr. Djerassi is recognized for his breakthroughs in chemistry and for his effective translation of theory into practice.  His research is in such diverse fields as chemistry of steroids; structure of alkaloids, antibiotics and terpenoids; synthesis of drugs; optical rotatory dispersion studies, organic mass spectrometry, and magnetic circular diehroism of organic compounds.  His achievements include establishing physical methods for determining organic molecular structure and the synthesis of many steroids. His work led to oral contraceptives, antihistamines, and anti-inflammatory agents.  Born in Vienna Austria on October 29, 1923, Dr. Djerassi passed away on January 30, 2015. 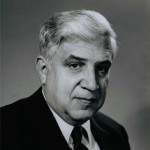 Mr. Easton developed TIMATION, an acronym of TIMe navigATION proposed by the U.S. Naval Research Laboratory (NRL), for the Naval Air Systems Command. The current Global Positioning System (GPS) we use today is based on Mr. Easton’s Timation system of which the principles of operation are fundamentally identical. During his time at the Naval research Laboratory, Mr. Easton also worked on Project Vanguard, where designed a satellite that would be sent into orbit and on Minitrack, where he helped design a system that would track all earth-orbiting satellites.  Born in April 30, 1921 in Craftsbury, Vermont, Mr. Easton passed away on May 8, 2014. 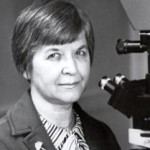 While working at E.I. du Pont in Buffalo NY, Stephanie Kwolek carried out experiments to make stronger and stiffer fibers, she discovered an amazing branch of polymer science liquid crystalline polymers. The most famous product of her discovery was Kevlar®, a polymer fiber five times stronger than the same weight of steel. Ms. Kwolek’s breakthrough research in para-aramid fibers has saved thousands of police officers. Her Kevlar fibers can be found in mooring ropes, fiber-optic cables, aircraft parts, canoes, motorcycle safety equipment, and lightweight bullet-resistant vests.  Born on July 31, 1923 in New Kensington, Pennsylvania, Ms. Kwolek passed away on June 18, 2014. 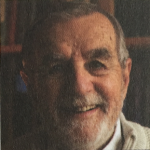 Joe Lechleider of Bellcore, was the first to present, through mathematical analysis, the basis for transmitting data, other than voice information over copper wire and was able to demonstrate the feasibility of sending broadband signals over copper as well.  As a result, Mr. Lechleider’s work turned the existing copper wire phone network into a high-speed broadband delivery instrument. The telephone industry wanted to compete with cable TV by having a technology that could transmit larger amounts of data to provide video-on-demand to residential. It was Mr. Lechleider who suggested that larger amounts and higher rates of data could be sent in one direction and smaller amounts in the other. This technology known as asymmetric DSL, or ADSL is the standard used in much of the world’s DSL connections to date. Born on February 22, 1923 in Brooklyn, NY, Mr. Lechleider passed away on April 18, 2014 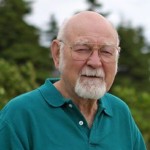 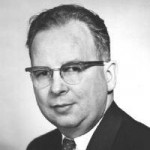 In 1953, Dr. Donald Stookey discovered that when he overheated the glass it became harder, stronger, and higher in electrical resistivity. This new crystalline material, called glass ceramic opened a new field of high temperature chemistry in glass. His invention, glass ceramics, is a material that led to important advances in glass technology and bas the basis for the popular CorningWare line of consumer dishes. Among Stookey’s contributions at Corning Glass Works was Fotoform glass, which could be photochemically etched into precise and detailed structures. In addition to consumer products, glass ceramics have been used to make products such as nose cones for guided missiles and smooth-top cooking surfaces for stoves.  Born in Hay Springs Nebraska on May 23, 1915, Dr. Manchester passed away on November 10, 2014. 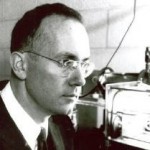 Charles Townes  joined the technical staff of Bell Telephone Laboratories Inc. and worked on radar bombing systems during World War II. In 1948 he joined the faculty of Columbia University and three years later had the idea that culminated in construction of the Maser, a device that amplifies electromagnetic waves, creating a means for the sensitive reception of communications and precise navigation. This invention ultimately provided the basic components that led to the invention (and patent)of the Laser. From 1959 to 1961 Mr. Townes served as vice president and director of research of the Institute for Defense Analysis in Washington, D.C. He was a professor of physics at MIT and later was appointed as Provost. Mr. Townes was awarded the 1964 Noel Prize for Physics for his advances in the field of quantum electronics. Born in Greenville, South Carolina on July 28, 1915, Mr. Townes passed away on January 27, 2015.