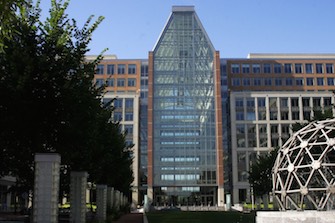 The United States Patent and Trademark Office (USPTO) recently released the Patent Application Alert Service (PAAS). The PAAS, which was born of a partnership between the USPTO and Reed Tech, a LexisNexis company, is a system that provides customized email alerts to the public for free when a patent application is published. Users of the system create an account and then save one or more searches. Whenever a patent application relevant to the search publishes an email alert is automatically sent.

“The purpose of the tool is to find out about the latest happenings, it is not about being able to search going back, it is about what is current,” explained Dave Abbott, Vice President for Government Solutions at Reed Tech. “There was never an intent for the Office to compete with the commercial providers, or to compete with what is going on in East and West.” The system was always envisioned only as an alert, nothing more.

The idea for a service to alert interested parties about published patent applications was spawned by a discussion started at one of the many roundtable listening tour events the USPTO has conducted across the country over the last several years. When initially discussed the goal was to create a system that would alert interested individuals about published applications to efficiently raise awareness about filings so that those who might be interested in submitting third party prior art would be able to do so in a timely fashion.

The pre-issuance submission of prior art for consideration by a patent examiner was one of the many changes brought about by the America Invents Act (AIA). The Office has ever since been interested in finding ways to make the system more useful. With that in mind PAAS was conceived to allow for a quick and easy mechanism to inform the public about what has been filed in a certain technological area of interest based upon the saved search criteria. The belief is that this will make it easier for individuals who may be inclined to submit prior art to know what is happening in a particular area so they can participate by informing patent examiners of relevant prior art they possess.

“Some things that publish may be on a fairly short timeframe to allowance,” Abbott explained. “So if you only have a short amount of time to respond with third party prior art before an allowance is issued it is important to have as much time as possible, and that is really what the Office was trying to do.”

Getting information out quickly to those who may be interested in filing a third party pre-issuance submission is critical because a submission must be filed prior to the earlier of: (1) The date a notice of allowance is given or mailed in the application; or (2) The later of: (i) Six months after the date on which the application is first published by the USPTO, or (ii) The date the first rejection of any claim by the examiner is given or mailed during the examination of the application. See 37 C.F.R. § 1.290(b). Therefore, action should be taken quickly once publication occurs.

“The Office approached us and discussions started in early September 2014, around Labor Day,” Abbott told me. “This project is adjacent to our current data capture contract with the USPTO. With all the ongoing IT projects at the Office they felt like they wouldn’t be able to do this as quickly as they wanted, which is why they approached us and we opened discussions. We prepare all the publication data for the Office, so we were in a position to leverage that data on behalf of the Office.”

With initial discussions starting in early September and the service launching in April the following year, that is practically light speed in government terms. But the project was not without challenges. “It was pretty straight forward, but the biggest challenge was satisfying the security requirements,” Abbott explained.

The biggest concern that the Office had was that a competitor might discover what a user is researching. This legitimate security concern was taken into account and addressed by performing penetration testing and system hardening along with requiring strong passwords for users.

The Patent Office is excited that this new alert service is a direct result of efforts to engage stakeholders and is hopeful that it will be useful with respect to enhancing the quality of patent examination and issued patents.