Why customer stays are terrible for the patent system 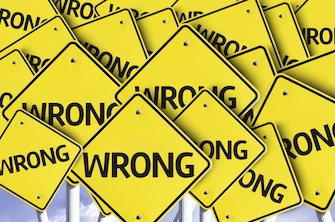 A strong patent system has been the engine of innovation in this country for over two centuries, and it remains a fundamental driver of economic growth and job creation in this new technology-driven economy.  U.S. competitive advantage depends on strong, enforceable patent rights that incentivize innovators to invent.  A law that would make it harder to enforce U.S. patents will encourage the infringement of American ingenuity and innovation and embolden competitors in China and elsewhere.

But that’s exactly the kind of law that is currently making its way through the House and Senate. To understand why, you must understand that one of the hallmarks of the current patent debate has been the discrepancy between the stated aims and the actual effort. For example, the stated aim is to protect small businesses and startups from “patent trolls,” but the companies driving the effort are many of the largest companies in the world – just five of them have an aggregate market capitalization of $2 trillion.

Another discrepancy is between the stated legislative goals and the actual proposed language. This is perhaps demonstrated in starkest relief in the “customer stay” provision found in both the Innovation Act bill in the House of Representatives and in the PATENT Act bill in the Senate. It ostensibly would exist to protect downstream customers of a patent infringer, such as a small coffee shop offering Wi-Fi service using a device that unbeknownst to the coffee shop infringes a patent. But while the Senate Judiciary Committee’s summary of the PATENT Act says that the “customer stay is available only to those at the end of the supply chain,” like the coffee shop, the language found in the bill is actually far broader in scope.

The actual language of the PATENT Act defines “customer” as meaning “a retailer or end user that is accused of infringing a patent…” The term “retailer,” which specifically excludes a manufacturer, is defined to mean “an entity that generates its revenues predominately through the sale to the public of consumer goods or services, or an affiliate of such entity…” Thus, the term customer is not limited to end users as the Senate Judiciary Committee suggests. Under this definition a company like Apple would be a “customer” of a component in one of its products in situations where it does not manufacture or cause the manufacture of the component itself, and it generates revenue through the sale of goods (i.e., iPhones, iPads, etc.) to the public. Any company in a supply chain is a “customer” of some other supplier further up the chain.

The language of the customer stay provision in the Innovation Act, is even broader in scope; so broad in fact, that it provides a mandatory right of stay to virtually any infringer that sells or outsources infringing products. The Innovation Act defines the term “covered customer” as “a party accused of infringing a patent or patents in dispute based on a covered product or process.” The term “covered product or process” is defined as “a product, process, system, service, component, material, or apparatus, or relevant part thereof, that: (A) is alleged to infringe… or (B) implements a process alleged to…” As a result, the Innovation Act defines a “covered customer” entitled to a stay as any company that is accused of patent infringement based on any product or process that is accused of patent infringement. In simple terms: under this language every company accused of infringement would be able to argue for a stay.

Although the Senate bill aims to narrow the scope of “covered customer,” it does not succeed in part because it deliberately aims to encompass very large end users and retailers. It would make sense for there to be a stay of patent litigation brought against those at the end of the supply chain while a patent infringement lawsuit is pursued against manufacturers and sellers, but the language found in both the Innovation Act and in the PATENT Act would allow any customer to move to stay patent litigation, even large multinational corporations. Over the last several years there has been a steady erosion of patent rights, and the scales have tipped far in favor of infringers and against patent owners, but enactment of this “customer stay” language would effectively leave many innovators without a remedy to defend their intellectual property rights, and at the complete mercy of multinational corporations that already seem to have very little interest in respecting patent rights and paying for the innovations they take.

Another unintended consequence of the “customer stay” provision is that, as drafted, it could force patent owners to seek relief against foreign manufacturers who only supply tiny components of a product — even when those tiny components do not themselves infringe the patent, while the real case against the company that is directly infringing the patent is put on hold indefinitely. For instance, the Senate’s PATENT Act would require cases to be stayed in favor of litigation against a “covered manufacturer,” which is defined as “a person who manufactures or supplies, or causes the manufacture or supply of, a covered product or covered process, or a relevant part thereof.” The “relevant part thereof” does not itself need to be infringing under this definition. It only has to be a “relevant part” of an infringing product. As a result, the patent owner could be forced to seek relief against an upstream supplier of a non-infringing component, on a theory of indirect infringement, rather than against the real infringer. This would be like a prosecutor having to go after the aider and abettor before prosecuting the person who actually committed the crime.

In many situations the “customer stay” provision as drafted would effectively prevent patent litigation against large, sophisticated infringers that reap the most value and profit from a patented technology, even patent litigation to enforce valid rights that cover revolutionary technological advances. In a world where practically everything is manufactured overseas, forcing patent owners to sue foreign manufacturers could leave them with no remedy as a practical matter, even if the foreign manufacturers are parties to a case in the United States. Foreign manufacturers that have no assets within the reach of our justice system are effectively judgment proof. At best patent owners would win nothing more than a pyrrhic victory. Courts in China are not likely to recognize a U.S. judgment, and even if they do, it will be virtually impossible to collect a cent from a Chinese company in China.

Congress must ensure that any “customer stay” provision does not effectively immunize from liability large companies that sell infringing technology and leave patent owners without redress for infringement, which is exactly what will happen. It would be terrible policy to enact a provision that would allow, if not encourage, large corporations to acquire components from foreign manufacturers without regard for U.S. patent rights, which is exactly what would happen if the “customer stay” provision is enacted as currently drafted.

A “customer stay” provision that is not more narrowly tailored than the current bills in the House and Senate would become a de facto patent infringement exception that would swallow parts of the patent system whole and drive innovation under ground, protected only by trade secrets, which defeats the entire purpose for a patent system in the first place. Such a provision would also give further incentive to outsource manufacturing outside the United States to companies without sufficient ties to be subject to litigation in U.S. courts. If that predictable outcome does come to pass it would further decimate our domestic manufacturing industry, while at the same time crippling independent inventors, universities, companies in the business of research and development, and high-tech startup companies that depend upon strong patent protection to attract the critical investment necessary to even exist.

A strong U.S. patent system distinguishes our country from those in which intellectual property rights are not respected or enforceable. At the same time that Congress and the Administration recognize the importance of protecting U.S. innovation against foreign cyberattacks and in foreign trade agreements, they should not weaken protection of U.S. innovation domestically via changes to the patent system. One reason Chinese counterfeiters feel free to copy other companies’ ideas is that patents are hard to enforce in China. We should not emulate China’s patent system and make patents harder to enforce here at home. Under the language as drafted, Chinese distributors of products that infringe U.S. patents could seek to avoid liability under the “customer stay” provision. Alibaba, the Chinese equivalent of Amazon or eBay, would undoubtedly qualify as a “retailer” under the current drafts of these bills.

While we strongly support targeted measures to stop abusive behaviors, we fear the provisions of the two major patent reform bills – the Innovation Act in the House and the PATENT Act in the Senate – would tilt the playing field against our country’s most innovative enterprises, including individual inventors, start-ups, universities, and research and development-based technology companies.

The STRONG Patents Act introduced in the Senate by Senator Chris Coons (D-DE) and the TROL Act, which has already been voted out of the House Energy and Commerce Committee, both offer targeted approaches to addressing abusive behavior and strengthening the patent system by focusing on putting an end to fraudulent and misleading demand letters. These bills should be pursued.

At the core of Hippocratic ideals is the concept that you should either help a patient or if help cannot be provided at least do no harm. Congress should take this to heart. The customer stay provision would do substantial harm to U.S. innovators who desperately need strong patent rights. Therefore, it should either be more narrowly tailored or simply removed from consideration.

Gene Quinn is a patent attorney and the founder of IPWatchdog.com. He is also a principal lecturer in the PLI Patent Bar Review Course and an attorney with Widerman [...see more]