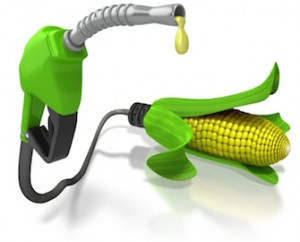 Climate change is the focus for Earth Day 2015, and each year we try and profile innovations that fit within the given Earth Day theme. Although the consequences posed by climate change could be dire, there’s no reason to believe that human ingenuity and innovation cannot provide a path forward to answer these challenges.

About 63 percent of American citizens are aware of the issue of climate change and more than three-quarters of the country supports funding research into renewable energy sources, according to surveys conducted by the Yale Project on Climate Communication and the George Mason Center for Climate Change Communication. Local municipalities in Florida and elsewhere are spending tens of thousands on paid sustainability and climate change response supervisors. An April 2015 poll published by The Washington Post indicated that more than half of the country will vote for a presidential candidate that supports government action on climate change.

With a political moment on climate change looming, we wanted to take some time to profile some intriguing technologies developed to counteract many of the concerns of a warming atmosphere and new weather patterns. We found a variety of biofuel production, carbon capture and urban living technologies reflected in patents issued in recent months by the U.S. Patent and Trademark Office. Today we focus on biofuel production.

While reliance on biofuels is being questioned by some as a viable way to combat climate change, dating back to at least 1999 the United States Department of Energy has advocate sustainability and specifically pointed to biofuels as at least one solution to deal with a changing climate. While there may be changing attitudes toward biofuels, the production of biofuels is more sustainable than fuel production from fossilized energy sources and much biofuel production is considered to be renewable. Methods of developing fuel from biological sources on the earth is often a less energy-intensive process than mining for oil or natural gas deep below the earth’s crust, further reducing the production energy required and, subsequently, the amount of carbon released into the atmosphere. Private sector investment in biofuels has been increasing. In 2012, bio-based chemicals and biofuels were responsible for $96 billion in U.S. business-to-business economic activity, according to the National Research Council. Near the end of March, Colorado-based Red Rock Biofuels recently announced a $200 million biofuels refinery that it would be operating in Lakeview, Oregon; the facility will refine pine needles and sawdust into a jet fuel that will be used by Southwest Airlines.

The economic production of biofuels through the use of microorganisms is at the center of U.S. Patent No. 8993281, titled Genetically Modified Acinetobacter Hosts for Lipid Production. This patent was issued to Neste Oil Oyj of Espoo, Finland, in late March. It protects an Acinetobacter host for lipid production which has been genetically modified to be deficient of a specific gene and a method of cultivating the host to produce lipids which can be recovered for biofuel production processes. This genetic modification enables more cost-effective lipid production by changing the coding of key enzymes and shutting down certain biological pathways which compete with the lipid biosynthesis pathway. The improved production of biofuel lipids, this time from algae sources, is the focus of U.S. Patent No. 8980590, which is titled Process for Separation of Renewable Materials from Microorganisms. The patent, issued to BP Biofuels UK Limited in March, protects a process for separation of renewable materials by conditioning cell walls of microorganisms containing a renewable material to enlarge pores without destroying the cell wall and removing a renewable material through the pores while the cell wall stays substantially intact. This treatment, which can involve applying heat, chemicals or mechanical energy, results in a higher yield of renewable material extracted from a microorganism without disrupting cell wall structures.

Recently, we also profiled a number of patents owned by Shell Oil Company of Houston, TX, the American subsidiary of Royal Dutch Shell (NYSE: RDSA). One of the most interesting aspects of our perusal of Shell’s recently issued patents is the number of technologies related to biomass conversion and biofuel production from alternative sources. The production of liquid fuels from plant biomass which are more suitable as transportation fuels or for industrial chemical processes is disclosed and protected by U.S. Patent No. 8921629, which is titled Process to Produce Biofuels Via Organic Phase Thermal Hydrocatalytic Treatment of Biomass. The method claimed by this patent involves providing a biomass feedstock of cellulose and water, contacting the feedstock with an organic solvent to form a digested biomass stream, contacting the digested biomass stream with molecular hydrogen in the presence of a metal catalyst capable of activating molecular hydrogen, phase separating the resulting hydrocatalytically treated mixture and processing a portion of the water phase to form a fuel blend with higher hydrocarbons. This process of directly converting biomass into liquid fuels achieves further net carbon savings in producing synthetic gasolines and jet fuels than conventional methods.

A biofuel production process that uses fuel crops other than corn, which is an important food resource, is at the center of another Shell owned patent, U.S. Patent No. 8946491, which is titled Process for Producing Volatile Organic Compounds From Biomass Material. The patent protects a method for the recovery of a volatile organic compound from a biomass material by introducing the material to a compartment of a solventless recovery system, contacting the material with a superheated vapor stream to vaporize an initial liquid content in the biomass and then separating and retaining a vapor component containing a volatile organic compound for use as part of the superheated vapor stream. This innovation supports the production of biofuels from sweet sorghum while addressing issues of sugar content and seasonal availability. Industrially scalable procedures for cost-effectively converting biomass into fuel blends are the focus of U.S. Patent No. 8945243, titled Systems Capable of Adding Cellulosic Biomass to a Digestion Unit Operating at High Pressures and Associated Methods for Cellulosic Biomass Processing. The method protected by this patent involves providing a biomass conversion system including a pressurization zone and a digestion unit which are operatively connected, providing a cellulosic biomass at a first pressure, introducing a portion of the biomass into the pressurization zone and increasing the pressure, transferring biomass from the pressurization zone to the digestion unit after pressurization and digesting the cellulosic biomass to produce a hydrolysate with soluble carbohydrates within a liquid phase. The pressurization process established here accommodates some of the energy intensive aspects of biomass digestion while producing biofuels and other chemicals.

Renewable energy sources were discussed in at least one patent application that we were able to find in our latest survey of Chevron’s innovations. U.S. Patent Application No. 20140371496, entitled Solvent-Enhanced Biomass Liquefaction, would protect a process for liquefaction of biomass involving combining the biomass with a solvent combination containing at least one liquefaction solvent to form a liquefaction mixture and heating the mixture to a temperature of 200°C under pressure of at least 200 pounds per square inch to generate a liquid crude bio-oil product. The innovative process results in a bio-oil which is suitable for fuel or feedstock processing, including vehicle fuels, without the high cost of certain pretreatment methods.