Comprehensive Study of Patent Trial and Appeal Board Decisions 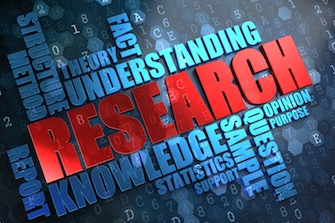 A comprehensive study of decisions issued by the Patent Trial and Appeal Board (PTAB) lends needed perspective to the dramatic warnings of many about the impact of the newly created judicial body. The comprehensive study, conducted by the law firm Fitzpatrick, Cella, Harper & Scinto LLP, is based on a review of all final decisions in Inter Partes Review (IPR) and the Transitional Program for Covered Business Method Patents (CBM) proceedings issued by the PTAB through 2014.

Widely noted comments suggested that the PTAB would be acting as “death squads” by invalidating an overwhelming percentage of the patents under review.

IPR and CBM proceedings, which offer parties contesting patent rights a more expedient alternative to traditional federal litigation, have become increasingly popular. In 2014, parties filed a total of 1,494 petitions with the PTAB; in the preceding 16 months, by contrast, parties filed just 588 petitions. Part of the reason for this growth has been the belief that the PTAB is a challenger-friendly venue for invalidating patents.

Fitzpatrick undertook its study, the USPTO Contested Proceedings Report, to offer an objective measure of the results of review proceedings before the PTAB. Among its central findings, the study determined that 73.5% of the challenged claims did not survive review in IPR proceedings that reached a final decision on the merits. However, many of those claims that did not survive were cancelled by the patent owner. Specifically, patent owners cancelled about 16% of the claims analyzed.

Fitzpatrick’s study reveals that, while the PTAB may be a forum amenable to challenges, the success rate for claim invalidation in review proceedings does not justify the death squad moniker. In fact, when compared with the rate of successful invalidity challenges before the district courts, the results are surprising.

The report shows that, in final decisions from the PTAB, 37.5% of the claims initially challenged were found unpatentable under 35 U.S.C. § 102 (anticipation), while 57.6% of the claims were found unpatentable under 35 U.S.C. § 103 (obviousness). (Some claims were found unpatentable under both grounds.) In a recent study of patent decisions in district court cases, the district courts invalidated claims under Section 102 at a rate of 31.1% and under Section 103 at a rate of 27.8%. See John R. Allison, Mark A. Lemley, & David L. Schwartz, Understanding the Realities of Modern Patent Litigation, 92 Texas L. Rev. 1769, Fig. 4 (2014). Thus, the PTAB and district courts have similar records on Section 102 challenges (arguably the most objective analysis), while the PTAB appears to be much more amenable to Section 103 challenges than district courts. This suggests a much more nuanced distinction between the forums for challenging patent validity than the death squad prediction had otherwise suggested.

However, there are some important distinctions between the CBM and district court data sets. For example, the district court decisions were primarily issued from 2009 through 2013. In 2013, the Supreme Court issued significant decisions that made Section 101 challenges easier. Also, the CBM decisions pertain only to qualifying business patents, whereas the analyzed district court cases involve a variety of technology areas. It is difficult to say how much changes in the law or the subject matter of the claims affected rates of invalidation.

“Knowing which venue will give you the best shot at invalidating a patent is paramount, and it depends on what your best grounds of invalidity are and which venue provides the best chance of success for those grounds,” noted Justin Oliver, partner at Fitzpatrick and head of the firm’s PTO Contested Proceedings practice. “Choosing between venues for invalidity challenges is much more nuanced of an analysis than most currently appreciate.”

Additional findings from the report include:

“There is nothing black-and-white about patent litigation or PTO contested proceedings,” said Jonathan Berschadsky, partner at the firm and Chair of the Telecommunications and Networks practice group. “Assessments need to be made throughout both as to the strengths and weaknesses of the invalidity positions, and, if needed, non-infringement positions. You also need to consider minimizing any tension between the contested proceeding and litigation positions.”

The full report, which includes additional analysis of IPR and CBM decisions, is available here.