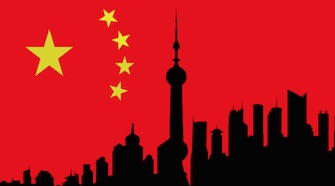 When the two largest national economies in the world are at the bargaining table, you can bet that decisions will be made that have a seemingly outsized effect on political and economic activities all over the world. As we noted in our recent coverage of Chinese joint venture rules and their impacts on American intellectual properties, China’s point of view on foreign technology and investments makes it hard for most businesses to operate with confidence in that country.

As of 2006, the Chinese government has been pursuing an “indigenous innovation” policy that aims to meet certain technology goals by 2020 and 2050, eventually leading to Chinese dominance of tech markets that are typically the domain of companies from Japan, South Korea and the United States. This “grand blueprint of science and technology development” is known as The National Medium- and Long-Term Plan for the Development of Science and Technology (MLP), and it identifies key areas of technology, engineering and science which their government wants to support.

The policy’s rhetoric on “seizing the opportunities” of the “science and technology revolution” is great if you’re a Chinese national but there are passages that are giving foreign companies some pause. An analytical report on China’s indigenous innovation policies co-sponsored by the U.S. Chamber of Commerce and the Global Intellectual Property Center (linked above and here) points to certain passages that have troubled many with business interests in China. For example, the MLP’s definition of indigenous innovation is “enhancing original innovation through co-innovation and re-innovation based on the assimilation of imported technologies.” Those familiar with China’s joint venture rules for foreign businesses, which require them to transfer some patent licensing powers to Chinese companies in order to enter their market, are wary of statements like this that essentially support a siphoning of foreign intellectual property.

There have been some meaningful steps backward made by the Chinese government in response to some of these fears, but the concerns continue to deserve some attention. This is especially true at a moment in time where American corporations are seeking a greater involvement in the Chinese economy. Apple, for instance, announced the start of a new iPhone trade-in program in China that will be conducted in cooperation with Foxconn, which has worked as a contract manufacturer for Apple for some years now. Many, however, have found the Chinese waters too turbulent to navigate properly. The first days of April saw Pfizer announce that it would cease Chinese vaccine sales operations after the Chinese government refused to renew an import license for the anti-bacterial treatment Prevenar, one of the company’s best selling vaccines.

China’s desire to support indigenous innovation at the risk of disrespecting foreign IP rights would make more sense if the innovation was actually indigenous and not based upon technology entering the country from beyond its borders. In August 2014, China announced a state-led project to develop its own operating system which would compete against foreign computing manufacturers. Past attempts to do so, however, were largely based upon Linux, an operating system developed in America that, luckily for the Chinese government, is open source.

Still, high tech products from non-Chinese businesses will likely continue to stream into that country’s market, especially after the Chinese government reached an agreement with the United States that would drop tariffs on products in 200 tariff categories, including next-gen semiconductors, magnetic resonance imaging equipment and GPS devices. This U.S./China resolution, known officially as the Information Technology Agreement, was expected to go a long way in helping to conclude broader negotiations in Geneva regarding tariffs regulated by the World Trade Organization. That would represent the first WTO tariff cut in 17 years.

The entire picture of China’s point of view on foreign technology is not quite so rosy to judge by more recent anti-terror legislation passed by the Asian economic power. The measure, which some commentators have pointed out resembles the American Patriot Act “on really, really strong steroids,” would require foreign firms operating in China to hand over encryption keys and install security backdoors on their technology products that would allow China’s government to enforce anti-terror rules. This puts a lot of extra concerns on business activities in many sectors including banking; the proposed law would require banking companies to ensure that at least half of all smartphones and tablets used by employees comply with security and controllability requirements. Multiple senior American officials, including Secretary of State John Kerry, have petitioned the WTO to ensure that the proposed Chinese regulations regarding securing and controlling technology comply with global trade rules.

America is not the only region of the world raising alarm over China’s wariness of foreign businesses. The cybersecurity rules that would be enacted by the proposed Chinese anti-terror law go so far beyond other globally recognized security standards that European Union executives worried that E.U. firms would be forced out of the market. As of late March, Chinese officials agreed to delay the enforcement of regulations enacted by the anti-terror law that would apply to banking institutions.

The Cold War has been over for more than 20 years but there’s still a great deal of tension between these powers of the free market West and the communist East. The state control of commercial activities has become so ingrained in Chinese politics and culture but a lack of transparency in governmental activities makes foreign companies extremely uneasy. This state of unease is understandable when dealing with a country that doesn’t respect our sense of due process when conducting early dawn raids at multinational corporations to investigate corruption allegations, for example.

Most recently, President Obama has increased America’s arsenal of legal weaponry to protect American IP through an executive order titled “Blocking the Property of Certain Persons Engaging in Significant Malicious Cyber-Enabled Activities.” The order, signed by the President on April 1st, enables the freezing of American-based assets owned by any person or organization who causes “a significant misappropriation of funds or economic resources, trade secrets… or financial information for commercial or competitive advantage or private financial gain.” As at least one legal pundit points out, that would give the United States the option to freeze Alibaba’s holdings in America, including their Silicon Valley-based data center, if it was found out that Alibaba misappropriated American IP in China, for example.

China has an exploding middle class that continues to gain an immense amount of consumer purchasing power. Those consumers are looking to buy products from outside of the country, many of them electronics products which are often brought to market under strict patent protections. What the world is left with is an interesting oxymoron, the Communist middle class: a Chinese consumer with a thicker wallet who is forced to watch most of the world’s technological advances from the outside in.