Inventors go to Washington Giving Perspective on the Innovation Act 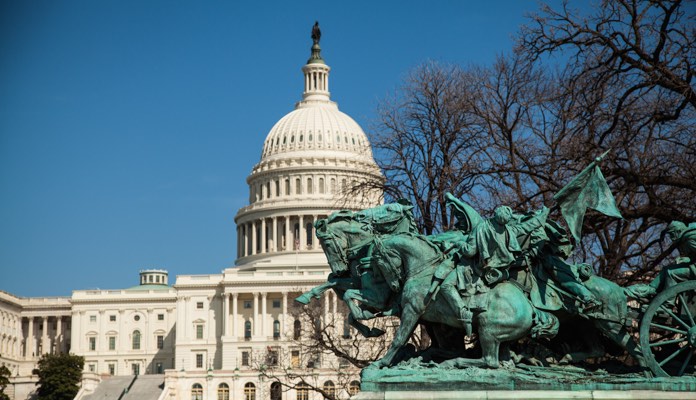 For the last two years, a few independent inventors have been walking the halls of Congress knocking on doors, requesting meetings and educating congressional staff on what patent reform really is. We are not lobbyists. In fact, we did not even know where the Senate was on the first day we went to Washington. So far, we have met with staffers in over 60 Senate offices and somewhere around 100 House offices. It has been an eye-opening experience.

We met with freshman office on the House Judiciary Committee last week. Naturally his staffer has a strong understanding of H.R. 9, The Innovation Act of 2015. His boss, the representative, seems to be in Washington for the right reasons and his staffer was very open to our perspective. He said that he had not heard an inventor’s perspective before, something that I have heard in dozens of offices in both the House and the Senate. We also met with one of the most senior representative’s office, and like most of the staff we meet, the staffer had not heard of a secondary market for patents and did not know it is already suffering and will be substantially damaged by The Innovation Act. Congressional staff lack key knowledge. We are not clearly messaging to Congress.

As inventors deeply concerned with protecting our patent rights, we have suffered through over 10 years of patent reform in Congress. Every year, legislation is discussed in the judiciary committees of both chambers and in bad years, it passes to the floor and becomes law. With very few exceptions, this legislation strips patent rights from inventors. The courts, not to be outdone by Congress, legislate their own new sets of laws, which have proven to be equally damaging. One simply needs to look at the effects of the America Invents Act, court decisions like eBay and KSR and the string of patent eligibility cases leading to Alice to see how devastating these changes have been to inventors.

Incredibly, despite widespread damage to inventors, most staffers still do not understand how the patent system works to create innovation, jobs, and economic growth. They do not understand how patents drive capital to small patent-based businesses thus delivering the vast majority of our new technologies to American consumers. How can it be that they have not heard this perspective? Why aren’t the patent lobbyists in Washington like IPO and AIPLA protecting the patent system? Are the views of inventors so far apart from corporate patent owners? Or are the companies so caught up in other Washington issues that pushing hard for strong patent rights conflicts with other agendas and political asks? Too many Congressional staffers don’t understand the patent system, but staffers are not the ones at fault here.

The fault lies with the fact that special interests working for the largest technology, banking and retail companies and trade groups dominate the debate and hold up startups as the victims they are trying to help. These conglomerates have hijacked startups and inverted the truth. Without strong patents startups cannot compete with the incumbent goliaths. Sure, people that abuse the patent system can harm startups with frivolous litigation. But what staffers are not being told is the anti-competitive result of The Innovation Act and its resulting beneficial results to large corporations at the expense of small businesses.

Visiting all those offices in Congress has taught me a few things. One is the majority of offices will not vote for legislation if they think it will damage innovation. Both parties want inventors to flourish, start companies and bring everyone new technologies.

But big money buys illusion. Last year, the loudest message in Washington was that patent trolls are killing small businesses and therefore killing innovation. They scream that something must be done right now or we will suffer a tragic fate. The evil within this message is that the rhetoric makes sense for those who do not understand the patent system. The patent troll illusion is pumped from major media outlets, trade groups, political groups, think tanks and even a few mislead professors. Small business owners are paraded out and presented as victims to shore up the patent troll illusion. It is a brilliant display of the masterful talents of our nation’s public relation firms. Of course, when you are attempting the impossible – dismantling the 225 year old foundation of the American innovation, economy and dream, while simultaneously convincing everyone it is the right thing to do – you need a few brilliant people on the team. After all, convincing elected officials to throw their Big 10 universities, leading cancer research institutes, respected pharmaceutical companies, small businesses and inventors under the wheels of the anti-troll bus is not an easy task. The Google lobby is full of these brainiacs.

Washington media is saturated with messages that are not seen in most other parts of the country. PR works. Last year I spoke with a senior lawyer who worked for the House Judiciary Committee. He stood in his doorway while immediately to the left of his head was a caricature of a patent troll posted on the wall and repeated the prerecorded Google lobby retort to every point I made. I think he actually believed he was going to save America’s innovation ecosystem. He was, in his mind, a super hero. He had been Googled.

The anti-patent message is still present in Washington, but this year the Innovation Alliance and others have been countering the patent troll illusion with their own public relations project aimed at getting the facts on the table. “Save the Inventor” banners hang in Union Station, ads are on television and other messages are in nearly all the various media so Congressional staff see and hear them. A few staff have even commented about them in our meetings. While this effort has begun to counter to the Google lobby, it is not enough. Too many offices are still Googled. It takes a certain amount of decompression therapy to deGoogle these offices.

One office offered a clue about why inventors have been losing the patent reform debate – a clue often repeated by other offices. He said that many groups have been in his office to express their disappointment, sometimes even anger, about some part of this or that provision. Our US Inventor presentation was the first one to put it all together. It seems that our side is focused on putting out the fires on individual trees, while the Google lobby burns the whole forest. We need to bring our arguments up to the same altitude. We need to start talking about the forest and then put the fires out.

While my conclusion might seem a little abstract at first, relaying the inventor’s perspective is really quite simple. When I first sit down with a staff member, I put the papers I am planning to leave with them on the table. You can read these US Inventor fact pieces here and here. I simply explain I am an inventor and the paper on the table represents my patent. For our conversation, the staff member takes the role of an early stage investor who invests in my company providing its first real capital. I spend that capital to commercialize the invention and bring it to market. Big companies see the invention, incorporate it into their existing products and massively upgrade their customer base. Speed, money and market presence takes the day and I go out of business. Then I slide the paper over to the staffer and explain how he/she as an investor left holding the patent from a bankrupt company is now the patent troll who is causing all the fuss in Washington. Some smile. Some look confused. Some even say “no I’m not”. But the point is made. The so-called patent trolls are simply investors who capitalize small companies to commercialize our nation’s inventions. Our current weak patent system encourages theft of inventions, which harms innovation and creates patent trolls.

The key understanding that seems to be missing is that the secondary market for patent assets drives capital to small technology based companies through capital investment based on patent rights in much the same way that the secondary market for mortgages drives capital to consumers through home loans based on property rights. A patent is an asset that can be bought, sold and collateralized just like any other property… just like your home. For the patent system to be effective, that patent, like a bond or a mortgage, must be an investment grade asset.

We saw the results of the collapse of the residential loan market a few years ago. Why in the world would anyone want to collapse the patent market? The patent market drives needed capital into small companies and it is this early stage capital, which drives new innovations and jobs into the American economy. If you kill patent trolls, you kill secondary investment in the patent market. Killing the secondary market kills inventors and with them, our nation’s innovation. Once the Congressional staff member understands the secondary market, they understand the damage done by the individual provisions of The Innovation Act… and they will likely vote against it. This is the decompression therapy needed to deGoogle Congress.

One of The Innovation Act’s sponsors on the Judiciary Committee told me that they had not considered the inventor perspective, but that will not change their position. This means that it is more important to go to offices not on the Judiciary Committee. These offices are not wedded to The Innovation Act. The good news is that we can deGoogle these offices and win the floor vote.