Smartphone innovation has soared because of patents 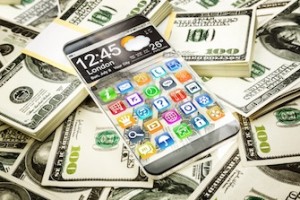 Smartphones and mobile electronic devices have taken the world by storm. In our brief histories of both Android and the iPhone, we’ve noted that there are well over a billion Internet-connected electronic devices which provide software services running on an operating system platform. The industry is making an incredibly large amount of money. In 2015 alone, Xiaomi plans to sell 100 million smartphones, and that company is by no means the largest producer of smartphones, although they are a growing one.

The ubiquity of smartphones has given rise to an incredibly large number of patents issued to protect technologies vital to these devices. As of October 2012, there were 250,000 active patents protecting technologies related to smartphones, representing one out of every six active patents for any invention. Safe to say, there are probably many more of those active patents now. Some companies are amassing huge portfolios of these patents. For example, Samsung filed 2,179 smartphone patent applications in 2013, trebling the total of patent applications filed by Apple that year for mobile telephony innovations.

Patents mean that innovation is happening and it’s good to see so much activity in this industry. Still, the sheer number of patents in the smartphone realm seem to have created a bit of malaise among those who question the value of patents. There are those who argue that patents end up making these technologies more expensive and they’ve even come up with the math to try and support it to shine a negative light on patents.

In addition, there is a palpable fear of the consequences of enforcing patent rights right now. Many detractors of the patent system point to abusive behaviors involving demand letters sent to businesses that are supposedly infringing on a patent. And, in some instances, that abusive behavior does exist. To other people, the “smartphone patent wars” that have been waged over the past few years is more proof of the “absurdity” of patents and our patent system. Most recently, Microsoft has sued Kyocera for infringing on intellectual property; Microsoft maintains that multiple Kyocera smartphones infringe on seven of Microsoft’s patents. As these cases play out, the ensuing litigation or licensing agreements have cost companies hundreds of millions of dollars in the past.

Yet it’s impossible to actually support the idea that patents harm smartphone innovation because there is no consumer product that has changed so much over the past decade thanks to innovation. And if patents would get in the way of anything, it would definitely get in the way of an industry which accounted for one out of every six active patents. But more smartphones are being sold than ever before and new improvements continue to be developed, from curved touchscreens to waterproof phones to dual-screen phones.

Smartphone technologies are even coming to the vehicle dashboard. Apple, for example, is developing a CarPlay system that will offer software services on an in-vehicle dashboard. The system can allow an iPhone to connect with and control the dashboard display. That’s a feature that Apple might not be able to advertise without without holding an IP portfolio that includes patents like U.S. Patent No. 8947202, titled Accessing a Vehicle Using Portable Devices. Apple could still develop the smartphone/vehicle system, sure, but without holding the patent rights it has no protections on the work of teams of inventors that have developed innovations like this. That would lead to market chaos at some point.

By all accounts, the multi-million dollar lawsuits being filed by Samsung, Apple, Google, Microsoft and other companies in this seemingly Byzantine patent war should be dwindling in the coming months. The major battle lines seemed to have been drawn when Rockstar, a consortium of companies including Microsoft, Sony and Apple, bought more than 6,000 patents from communications company Nortel when it was going bankrupt in 2011. The move was meant to challenge Google and was probably tied to a personal vendetta of Steve Jobs; the former Apple CEO was quoted by biographer Walter Isaacson as saying that “I’m going to destroy Android, because it’s a stolen product. I’m willing to go thermonuclear war on this.”

When Steve Jobs does it, it’s a valiant defense of his own product that his company developed and owned. Why does someone get labeled a patent “troll,” then, for making essentially the same decision? It’s especially confusing given that the receipt of a demand letter, which is where much of the fear of trolling lays, is not nearly as terrifying as the prospect of thermonuclear war with Steve Jobs and his extremely well-funded company that can afford to wage a patent war on whatever scale is chosen.

This war is over, however. The Rockstar Consortium sold 4,000 of the Nortel patents to RPX in December 2014 and RPX plans to license those technologies to other companies. There will continue to be some battles waged in court and sending a demand letter is a necessary step that often leads to a licensing agreement for the technology. As we’ve pointed out here on IPWatchdog, abusive demand letter behaviors, where a patent owner asserts a right in bad faith, are certainly undesirable. The real question is how to curtail that behavior without creating sweeping changes to the patent system with legislation like the Innovation Act, which conflates the idea of a non-practicing entity, such as RPX, with a patent troll.

A Couple of Recent Smartphone Patents and Their Life-Changing Potential

Smartphones and mobile technologies are still proving to be incredibly disruptive to the corporate world. We’re already seeing the inclusion of software services in eyeglasses and vehicle dashboards. Today we thought we’d take a look at some recently issued smartphone patents and share a couple that we found interesting. 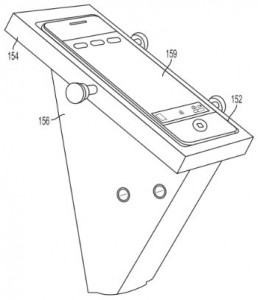 Sensor technologies are very important to smartphone development. U.S. Patent No. 8947656, titled Smartphone Biosensor, is assigned to the University of Illinois. It claims a mobile device including an image sensor that can detect the result of a biomolecular assay. The system essentially uses a smartphone camera to serve as a light source for immunoassays or other microfluidic or optofluidic tests that can be performed directly on a smartphone. In other words, the smartphone itself becomes a laboratory within which a computer takes the place of trained technicians in order to test for viruses or bacteria. Someday, someone is going to be very happy that this technology exists and was brought to market (they’ll also be happy for the Bayh-Dole Act and its ability to allow the University of Illinois the chance to commercialize this technology).

Increasingly, smartphones are being used to conduct electronic transactions. U.S. Patent No. 8978111, titled Method and Apparatus for Using Sensors on a Portable Electronic Device to Verify Transactions. Assigned to eBay, it protects a system capable of receiving sensor data and 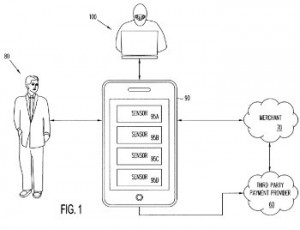 analyzing that sensor data to determine that an electronic device user has authorized a transaction between devices. The transaction could be either a financial transaction or a request to access an account. It’s important to remember that, in the case of both this and the above patent, the initial claim is very long, which creates more narrow protections so not every financial transaction completed through every smartphone in the world is subject to this patent, just the transactions using this very specific and claimed system. However, what both of these inventions have given us is, essentially, both a portable laboratory and a digital wallet.

Smartphones are being used to accomplish many things, even gun safety. A technique to prevent the operation of a gun is at the center of U.S. Patent No. 8931195, titled Secure Smartphone-Operated Gun Lock with Means for Overriding Release of the Lock and assi 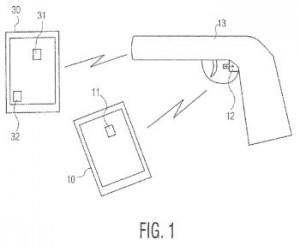 gned to Karl F. Milde Jr. of Mahopac, NY. Again, the patent features an incredibly elongated first claim that essentially protects a gun locking and unlocking device which is operated by a smartphone. Part of the system utilizes a logic device that automatically locks the gun when it’s near a school or other prohibited areas. The logic device is also used in the process of determining that a gun owner is intoxicated or acting in an irrational manner; if this is detected, the gun is locked. This writer should never have to explain why that’s an important technology to have. Patents protect these innovations and those protections are necessary for these technologies to proliferate through the market. We should all be very grateful for the patents that have allowed this to happen.