Does University Patent Licensing Pay Off? 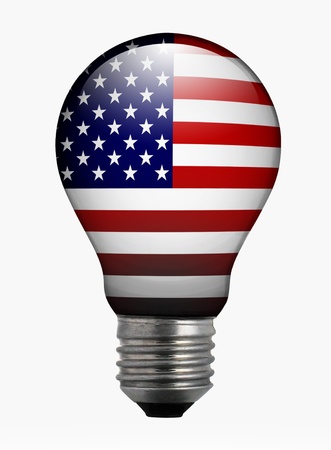 A recent study from the Brookings Institution University Start-Ups: Critical for Improving Technology Transfer received a lot of coverage in the national media.  While the title implies the focus is on expanding academic start-up formation (a laudable goal), The New York Times headline accurately reflects the real message: Patenting Their Discoveries Does Not Pay Off for Most Universities.

The report makes some good recommendations for increasing support for start-up formation, but implies that most university technology transfer offices (TTO’s) are not worth their cost because they are not self-supporting through patent licensing income.  As Brookings acknowledges, universities spend the vast majority of their licensing revenues rewarding inventors or funding new research, not in supporting technology transfer operations.  Brookings recommends that universities shift focus from patent licensing to start-up formation.

Ironically, recommendations from a preceding Brookings study would make both start- up formation and patent licensing more difficult.

First, how should we evaluate the value of TTO’s? Are they intended to be profit centers for universities, or are they services so taxpayers enjoy the full benefits of approximately $40 billion the federal government spent in FY ‘12 supporting academic research? If the latter, two new studies show that the return on investment looks quite different than the picture painted by Brookings.  It’s also demonstrated that TTO’s are already licensing and developing start-up companies at a seemingly impressive rate.  This is not to say that we shouldn’t constantly strive to do better, but to accurately chart the path ahead we’d better know where are now.

A previous Brookings report (Building an Innovation-Based Economy reviewed in Taking Directions from the Lost) points us in a direction at odds with the stated goals of their new report.  Then Brookings advocated weakening the Bayh-Dole Act, which allows universities and federal labs to license their inventions for commercial development.  They said the government should oversee pricing of biomedical products developed under Bayh-Dole and that federal grants should coerce universities into putting inventions into patent pools. They recommended that universities should only be allowed to license exclusively when they receive permission from the government as “an explicit government preference for non-exclusive licenses would increase the power of federal agencies to promote wider use of patents (emphasis in original), regulate monopolistic practices with the products that result from them, and shift the weight-of-proof from the bureaucracy to the licensees to justify an exclusive patent.”  They meant an exclusive license, but you get the idea.

Ironically, university start-up companies are formed around exclusive licenses. If these recommendations were adopted a struggling U.S. economy would have fewer new products, fewer new jobs– and fewer new start-ups.

The new Brookings study finds that the relatively small number of universities that receive 90% of federal R&D dollars do better in licensing and royalty generation than “have not” schools.  It would be surprising if this were not the case.  Brookings suggests that “have not” universities pivot from patent licensing and focus on start-up company formation.  Why research portfolios that don’t lend themselves to short term success in licensing would be more successful at start-up formation is not apparent.

Launching start-ups is hardly a new concept to university TTO’s.  And few have been more vocal than university technology managers in telling all who will listen that patent licensing or creating new companies is not a get rich quick path for schools despite the occasional blockbuster invention or Google spin-out.

Indeed, enriching universities is not the goal of the Bayh-Dole Act which spurred the rapid growth of TTO’s.  The law makes technology transfer a university responsibility in exchange for receiving federal R&D funding. Congress found that the incentives of the patent system are critical to transform academic research into useful products rewarding taxpayers for the hard earned dollars spent on public research.

That every state now sees its research universities as key parts of their economic development strategy shows that it’s not just the traditionally dominant R&D universities that are making significant contributions under Bayh-Dole.  Few predicted in 1980 that university inventions would help turn Salt Lake City into a national innovation hub.

Rather than being academic profit centers, TTO’s are actually service centers.  While the common understanding is that they serve their universities, in reality they serve the public.  From this perspective a new study in Nature Biotechnology NIH inventions translate into drugs and biologics with high public impact and the just released licensing survey from the Association of University Patent Administrators (AUTM) are highly illuminating.

AUTM estimates the impact from sales of products based on licensed academic research in 2012 totaled $80 billion dollars – that’s double the entire federal investment in university research.  Another study found that university patent licensing supported 3 million jobs between 1996-2010 (that’s an average of 200,000 jobs per year). In a U.S. economy which only created 74,000 jobs last month, when 90 million Americans can’t find work, and where 40% of the jobs created in the last four years pay low wages, university patent licensing seems like a solid national investment.

Universities also created 10,000 companies since Bayh-Dole was enacted, with 4,000 still operating.   In 2012, there were 705 new academic start-ups launched in an otherwise lackluster economy– up 5% from the previous year.  These numbers don’t look too shabby in light of stories like the Wall Street Journal’s The Venture Capital Secret: 3 Out of 4 Start-Ups Fail or  Business Insider’s  Dear Entrepreneurs: Here’s How Bad Your Odds of Success Are.

Here’s some other interesting numbers from the AUTM survey:

To keep all this in perspective, remember that the largest source of university R&D is the federal government.  The government is primarily funding basic research or research related to agency missions—neither of which is geared to market needs.

As the new Brookings report acknowledges the resulting inventions are embryonic. What’s not mentioned is that they typically require 5-7 years of privately funded development to transform them into commercial products.  In the case of new drug discovery, double the time and add at least $1 billion in company investment—many times what the government spent on the original research.  And the odds against significant success in the marketplace are daunting.

What Brookings terms as universities “licensing to the highest bidder” is inaccurate. Academic patent licensing is anything but an auction.  Finding a single potential licensee for an early stage, high risk invention is a real achievement.  For the university the expenses of technology transfer are incurred up front while any rewards will not be realized until sales commence years later.

Such a system was clearly not designed to be a road to easy riches for universities.  But if that was not the idea, who was the Bayh-Dole patent licensing system intended to benefit?

An important clue is found in the Nature article on the impact of federally funded inventions.  Before Bayh-Dole not a single new drug was developed when the government took inventions away from universities and offered them non-exclusively.  After Bayh-Dole at least 153 new drugs and vaccines are now in the marketplace protecting health world-wide.

The Nature study looks at 22 of these drugs or biologics that were based on inventions made by scientists at National Institutes of Health.  Of these only one was non-exclusively licensed. The licensees were 55% large companies, 36% small companies and 9% start-ups.  Obviously, regardless of size these businesses required some form of exclusivity in order to justify their development efforts.

The study sheds an interesting perspective on the quality of NIH and university inventions. When reviewing new drug applications, the Food and Drug Administration classifies those with the greatest potential therapeutic value as “high priority reviews.”  Of the 1,541 new drug applications filed between1990-2007, only 348 received this distinction– and 66 of these came from U.S. public sector institutions.  These public sector discoveries received high priority reviews at twice the rate as drugs from the private sector or from abroad.

Total global sales of the NIH invented drugs and biologics in 2010 amounted to $6.9 billion dollars— more than twice the entire NIH intramural research budget ($3.3 B) for the same year.

Luckily for suffering patients, no one (at least not yet) is saying that NIH should deemphasize patent licensing if its technology transfer office isn’t self-supporting.

Brookings asserts that the composition of technology transfer offices is a problem as “these teams are tasked with managing technology transfer but that may be too broad for business oriented people; so they interpret the goal to mean, in practice, commercializing the university patent portfolio.”  Commercialization would certainly seem to be the correct goal for a tech transfer office.  Would staffing TTO’s with philosophy majors yield greater success?

Brookings cautions that the intellectual property / venture capital expertise of TTO’s can be at odds with university values. Yet aren’t these the skills that are needed to assist start-up formation? Brookings says the information sharing in the technology transfer profession leads to a false emphasis on pursing elusive blockbuster deals.  In reality, TTO’s share best practices in order to survive in a very tough profession, but they are certainly on the lookout for one in a million inventions like those that helped create the U.S.  biotechnology industry— a field where we lead the world.

If you’re managing a portfolio of early stage university inventions a small subset will have some commercial potential. An even smaller subset could be the basis for forming a new company.  An effective technology manager must quickly sort through the pile, know which is which and craft the appropriate deal. Non-exclusive licensing is not more moral than exclusivity; both are simply tools which have their place depending on the nature of the invention.  Further, exclusive licenses often only cover a particular field of use, not every application.

Telling universities that they should primarily focus on inventions that could form start-up companies, or that they should not use exclusive licenses is like telling a carpenter that they can use a hammer but not a saw. Anyone giving such advice has never built a house- or commercialized university inventions.