Defining the Full Glory of Your Invention in a Patent Application 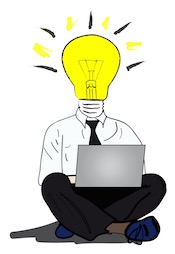 You have entered the innovation market taking your first steps. You had an idea, which matured to become definite enough to be characterized as an invention. Now what do you do? Many inventors will find a patent attorney or patent agent that they will work with, and still others will try and represent themselves. Representing yourself can be a dangerous undertaking because drafting a patent application and engaging in patent prosecution (i.e., working the patent examiner to identify patentable subject matter) can be a lot more difficult than it otherwise seems. There are many pitfalls and archaic rules to navigate. But even if you are going to choose to work with a patent attorney or patent agent you should do whatever you can to understand the tasks associated with obtaining a patent. The more informed you are as an inventor the better the resulting patent. The more you know the better the information you can provide to your patent attorney or patent agent, which only makes for a better, stronger, more detailed and broader patent once issued.

One big mistake I see inventors make frequently relates to understanding the full scope of their invention. This is not to suggest that inventors do not understand their invention, quite to the contrary. In my experience when an inventor has an invention (and not just an idea) the inventor will know what they have done in great detail. Sometimes there is a challenge to convey everything to the patent attorney or patent agent, but the inventor has that information it just needs to be liberated from the inventor and put on paper.

In articulating an invention many inventors simply fall victim of describing their invention far too narrowly. In fact, many inventors want to focus only on that which they have specifically created, and do not go through the paces associated with asking what variations or different versions of the invention could exist. You do certainly want to describe what it is that you have invented, but the patent laws will give inventors far more than what they typically ask for because you are not limited to what you have specifically invented, but are entitled to obtain a patent on the many variations of the invention that undoubtedly can exist.

Perhaps the patent laws should not be so generous to allow inventors to protect that which they can describe on paper without any proof of an actual reduction to practice, but that is the law and if you are going to file a patent application you might as well know it and seek the broadest protection possible. This being the case, the trick with drafting a patent application is to define anything that will work, no matter how crude, no matter how defective and regardless of whether you have tested or even have the ability to build and test the device. You want to capture everything, on every level, from broad to specific and all versions of the invention in between. Thus, inventors need to look beyond what works best or is most desirable and consider what works at all. Anything you can articulate and convey can be yours for the taking, provided of course it is new and non-obvious.

To drive this matter home I frequently explain to inventors some basic principles of economics. If you are making money with your invention the business reality is that others will seek to enter your marketplace. Generally speaking, economic theory dictates that there will be market entrants until there are no other profits to be made. Then I explain that a patent is a business asset that should best be viewed as a tool. The object of obtaining a patent is to make it more difficult for there to be market entrants into your market niche.

Because a patent gives the owner the right to exclude others from making, using, offering for sale, selling or importing products covered by your patent claims you can protect your market niche provided you have claims that would make it impossible for competitors to engage in selling your product without infringing your patent. Of course, the more narrow the patent rights the smaller the protection you have. The greater the scope of patent rights, or in other words the more versions of the product that are protected, the harder it is for competitors to encroach on your market.

The only power of a patent is to prevent others from doing what is covered in the patent claims. It is undeniably important to have your claims cover the version of the invention that you are selling or plan to sell, but having claims that are limited only to what you are doing or what you want to do means that your patent claims are more limited than they otherwise could be. In addition to protecting your specific invention a good, strong patent will also prevent would-be-competitors from doing anything that is close to what you are doing, thereby making it more difficult to even approach your market. Essentially, you want to prevent would-be-competitors from directly competing and from competing with substitutes, even substitutes that are inferior.

Think of the patent as creating a wall around your invention. You do not have to use all of what you capture/define in your application, but having it will create the barrier to entry that can insulate you from copyists. Having more than what you plan to use yourself will also open up licensing opportunities. Perhaps you are not interested in marketing certain versions of the invention, but maybe others are so interested. You could keep certain rights of the patent for yourself and license others to do certain things that do not directly compete with your market niche. Thus, having a broad patent that captures as many variations as possible can create additional opportunities to monetize the patent.

This being the case, try not to unnecessarily limit yourself in a patent application when you are describing your invention. Always ask yourself how someone could essentially copy your invention without literally copying (i.e., without literally infringing any single claim in your patent application). The point here is that if someone were to make minor changes and not copy your invention exactly they would be “essentially copying” your invention, but not infringing your patent rights. This is essential to consider because once you obtain a patent and competitors have determined that they want to enter your market they will look at your patent to see what they might be able to do to get around your patent claims so they are essentially offering the same good or service, but doing so without infringing. Of course there are those competitors that don’t care, and they are a wholly different issue, but there are competitors that will go to their friendly neighborhood patent attorney and ask whether they can engage in certain activity that may or may not be covered by a particular patent. If your claims are not likely valid or they are too narrow your competitors can be, and will be, given the green light to proceed as they desire regardless of your patent. That is why you absolutely must spend time considering what competitors might want to do to get around your patent claims and attempt to capture those variations, both minor variations and wholly different embodiments, to provide the maximum competitive advantage that you can receive from an issued patent.

In order to be able to seek patent claims your disclosure must provide support. What this means is that the original disclosure filed must be complete enough to define your specific invention and all variations and alternatives that you want to claim. So not only should your disclosure cover what it is that you have specifically invented, but it should also cover those alternatives and different versions of your invention that you would not want a competitor to be able to pursue. In the disclosure describe not only what you are doing and what you have specifically invented, but also disclose all those alternatives that you can think of in order to capture those foreseeable modifications as your own invention. This will provide the broadest protection, which will in turn provide the greatest and strongest disclosure.

Inventors in need of assistance, or interested in hiring a patent attorney, are more than welcome to contact me.