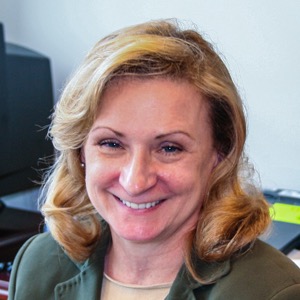 Teresa “Terry” Stanek Rea is a partner with Crowell Moring.  Terry is part of their Intellectual Property Group and a director with C&M International, Ltd. (CMI), the international trade and investment consulting firm affiliated with Crowell & Moring. Terry is the former acting and deputy director of the United States Patent and Trademark Office (USPTO), as well as acting and deputy under secretary of commerce for intellectual property. She brings a wealth of domestic and international experience and skills to her practice, both legal and political. Her practice concentrates on working with clients in several key areas, including IP policies and strategies, patent enforcement and post-grant administrative proceedings, trade secrets policy and enforcement, and digital/Internet related copyright issues. Managing Intellectual Property recognized Terry as one of the 50 most influential people in intellectual property. Additionally, Terry has been named among the National Law Journal‘s 2014 “Intellectual Property Trailblazers & Pioneers,”Law360‘s “2014 Most Influential Women in IP,” and the Washington Business Journal‘s “Legal Champions.”

While at the USPTO, Terry led the agency through the implementation of the America Invents Act (AIA). She was actively involved in writing the regulations implementing the new inter partes review, covered business method review, and post-grant review proceedings created by the AIA, and she negotiated numerous IP issues with foreign officials. Terry was the senior official responsible for the administration’s formulation and implementation of U.S. intellectual property policies, including patent, trademark, copyright, and trade secret issues.

In her role with CMI, Terry advises clients on copyright reform, trade secrets rulemaking, and on the important IP and dispute resolution chapters of trade agreements.

Terry is the former president of the American Intellectual Property Law Association (AIPLA) and the National Inventors Hall of Fame. Prior to establishing her private legal practice, Terry was a patent attorney for a multinational chemical company. She is also a licensed pharmacist. She obtained her J.D. from Wayne State University, and her B.S. from the University of Michigan.

Past Events with Teresa Rea