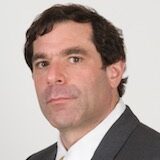 Neal Solomon is an inventor of technologies involving semiconductors, data management, imaging, robotics and healthcare and holds several dozen U.S. patents. He received degrees from Reed College and the University of Chicago.

Economic Consequences of the Patent Crisis

The Fed has been oblivious to the mechanisms of market economics and technology investment driven by the degradation of patent rights in recent years. While the Fed focuses exclusively on inflation and the labor market, they have ignored factors driving technology investment and the disintegration of the patent system that has underscored the declining business investment trend. With a degraded patent system, investors have shifted to other asset classes or markets rather than investing in technology.

AIA and PTAB Unconstitutional Under the Public Rights Doctrine

Only Article III courts can provide a fair, neutral and unbiased forum for assessment of patent validity. For over two hundred years, patent validity, patent infringement and patent damages have been consolidated to be heard in federal district courts. Federal courts supply impartial judges that are immune from influence by the executive or legislative branches. Furthermore, federal courts supply jury trials that enable a fair application of due process rights in the hearing of a patent dispute. Patent validity review is only a single component of patent infringement cases and it is efficient to have this component of the matter reviewed in a single matter.

The PTO systematically administers a collection of procedures in IPRs to unduly harm patent holders and benefit big tech company infringers. The data show that the plain result of PTAB procedures appears to benefit infringers with a clear bias against patent holders. PTAB cancels challenged claims in 76% of instituted patent reviews, a rate that is 2 ½ times greater than in the federal district courts. The reason is that PTAB employs a set of procedures that stacks the deck against patent holders. There is clear bias at every step of the process of reviewing patent validity. However, there are several components of PTAB procedures that are particularly onerous and problematic and that go to the heart of the due process issues that infect IPRs.

Due process is an essential condition for a fair proceeding involving a matter in which property rights are in dispute. Unfortunately, there is no interpretation of PTAB procedures under which due process applies. PTAB omits due process and is fundamentally unfair. As a consequence, the PTAB conclusions, and the structure and process of PTAB determinations, are unconstitutional.

McCormick and the Separation of Powers Constraints of Patent Invalidation

The argument that patents are private rights is supported by over two centuries of jurisprudence. Patent rights derive from Article I, section 8, clause 8 of the U.S. Constitution, which empowers Congress to promote progress by creating laws involving patents and copyrights. The patent bargain exchanges disclosure of new and useful inventions for a limited term exclusive right. The public benefits from the patent bargain in two ways. First, the disclosure enables others to build on the invention. Second, after a twenty year period, the public receives the benefits of the invention for free as the rights flow to the public domain. The patent bargain stimulates incentives to invent, to invest in innovation and to take ex ante risks.

Private Rights and the Sanctity of an Independent Judiciary

There appears to be a consistent pattern of public rights cases from Murray’s Lessee to Stern. Congress may establish a public right, separate from actions that affect the federal government, that involves an action related to protection of the public, such as health or welfare, and may establish an executive tribunal in which to adjudicate these rights. An Article I tribunal may adjudicate these public rights, primarily by advancing a fact-finding role, but within the constraints of consent, due process and review by an Article III court. On the other hand, private rights or rights involving matters between private parties that have been adjudicated in common law in Article III courts will continue to be resolved only in the federal courts. A right to a jury to hear facts in federal courts will be maintained in those disputes between private rights involving private parties.

The modern public rights jurisprudence flows from Atlas Roofing in 1977 to Stern in 2011. Although the case law does not provide a straight line, there is a consistent pattern illustrating the clear constraints of administrative agency adjudication. These constraints include consent of the parties, due process and review by Article III courts. Without these elements, according to a continuous line of Supreme Court jurisprudence, administrative proceedings are illegitimate and unconstitutional. Stern is the governing precedence on the issue of the public rights doctrine, with the composition of the Court today substantially identical to that of the Stern Court.

The Classical Public Rights Doctrine: Growth of the Administrative State

The Crowell Court distinguishes between matters of common law adjudicated in the federal courts and matters that may be reviewed in administrative agencies. However, the Court is concerned mainly with the maintenance of due process in administrative tribunals… The Crowell Court is thus concerned about the “essential demands of due process” and the limits of federal government authority. Enabling administrative tribunals to act merely as finders of fact, within the bounds of due process, and allowing for their findings to be reviewed in Article III courts, the issue of separation of powers is prominent in the preservation of the independence of the judiciary.