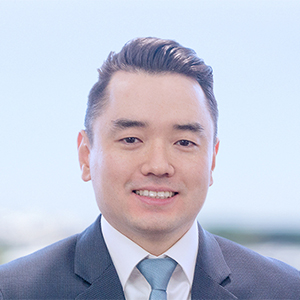 is a patent attorney with Harrity & Harrity specializing in the preparation and prosecution of patent applications. His practice focuses primarily on electrical and computer technologies, including computer networking, telecommunications, computer hardware, computer software, and security systems. Prior to joining Harrity & Harrity, LLP, he was a Primary Patent Examiner at the USPTO, where he examined patent applications directed to electrical and computer technologies, including input/output interfaces and devices, computer memory, computer networking, processors, and software development. He also worked at the Patent and Trial Appeals Board helping Administrative Patent Judges write opinions for Ex Parte Appeals. While working full-time at the USPTO, Kris attended The George Washington University National Law Center.

On December 15, 2016, the USPTO published three subject matter eligibility examples focusing on business method claims. The purpose of these examples is to give guidance on how claims should be analyzed using the 2014 Interim Guidance on Subject Matter Eligibility, recent Supreme Court and Federal Circuit decisions, and recent Memorandums published by the USPTO. These examples seem to indicate that the power of §101 to restrict patentability has been whittled down since Alice and that the USPTO would like to reduce the number of §101 rejections for technological claims in light of court decisions post-Alice. Below, we describe each example provided by the USPTO, explain the USPTO guidance for each example, and provide practical practice tips that practitioners can use to help reduce or overcome §101 rejections.