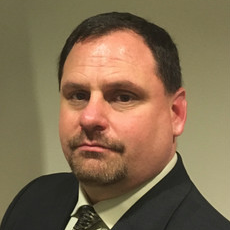 In December 2020, Ken Rochford was selected as the Deputy Attaché in Dakar, Senegal. Mr. Rochford
supervises a team consisting of an HSI special agent and Foreign Service National Investigators at the
HSI office in Dakar, Senegal while assisting in the operational and programmatic oversight over all
Homeland Security Investigations (HSI) activities within the Dakar Area of Responsibility, which
consists of 13 countries.
Prior to this assignment, Mr. Rochford was permanently assigned by Homeland Security Investigations (HSI) National Intellectual Property Rights Center, Washington, DC to represent the agency in a partnership with the National Cyber-Forensics and Training Alliance (NCFTA) as a conduit and point of contact between private industry and law enforcement with core mission to identify, mitigate and neutralize cybercrime. Mr. Rochford managed the collection and sharing of intelligence with affected complainants, industry partners and other law enforcement partners. As part of his duties, he also provided national and international oversight for major cyber fraud investigative priorities and functioned as a field liaison to the HSI field offices.
Prior to Mr. Rochford’s assignment to HQ at the IPR Center in 2011, he was assigned as a Special Agent in Pittsburgh, PA where he worked primarily Child Exploitation investigations.
Mr. Rochford started his career in 2000 as a Special Agent in Douglas, Arizona with the U.S. Customs
Service which later became part of HSI. During this time, Mr. Rochford was responsible for investigating various organizations involved in narcotics trafficking along the U.S./Mexico land border and served as the US Customs representative on the Southern Arizona Border Initiative (SABI) Task Force. Mr. Rochford also partnered with a co-worker to initiate and build the first Child Exploitation group in that office.
In addition, Mr. Rochford worked as a police officer in Greensboro, North Carolina from 1996-2000.
Mr. Rochford holds a Bachelor of Science degree from the University of South Carolina in Columbia.

Past Events with Ken Rochford