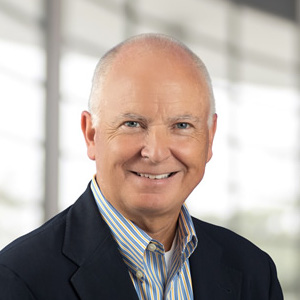 Recognized as one of the top patent educators in the United States, John White has over 35 years of experience in all phases of the patent field. As a Director of the PCT Learning Center, he is responsible for program planning and outreach to the IP Law community.

John began his IP career as a Patent Examiner at the United States Patent and Trademark Office (USPTO) and later as a Special Assistant to the Commissioner of Patents. After leaving the USPTO, he founded what would become the largest dedicated patent search, documentation, and technical translation entity in the United States, supplying the needs of clients across the globe. He founded the patent law firm, Berenato & White, and a patent education company, now part of the Practising Law Institute (New York).

Since 1995, John has taught over 28,000 fellow patent practitioners in preparation for the Patent Office registration exam. He has also taught more than 400 U.S. Patent Examiners patent law and evidence, and has been qualified as a Patent Procedure Expert in several Federal District Court lawsuits. In addition, John has served as an Adjunct Professor for the University of Virginia School of Law, and John Marshall Law School (Chicago) and has created numerous patent education programs and publications.

John graduated in Civil (Structural) Engineering from Virginia Tech and obtained his law degree from George Washington University. He regularly speaks and publishes on a host of patent topics. He is registered to practice before the USPTO and a member of the bar in Virginia, Pennsylvania, and the District of Columbia.

China Joins Hague System – Here’s Why You Should Care

An IP announcement that may have slipped past you in the last few weeks is that China will now become a part of the Hague System for the International Registration of Industrial Designs. The Act will officially enter into force on May 5, 2022. Does this make a difference to you and your clients? Yes, in a very, very big way. Back in the mid-1990s, I had a key client operating out of Hong Kong, prior to the transfer of sovereignty from the UK back to China. He had, by then, become the world’s largest “maker” and seller of vacuum cleaners. Yet, he had only a small staff, mostly engaged in shipping and monetary transactions, i.e., paying for and getting paid for goods he bought and sold to vendors across the globe located in developing world economies.

The U.S. Patent System is Still Worth Saving

Much deserved criticism has been leveled at the U.S. patent system in the last decade or so, from all sides. No one branch of the system seems to much appreciate what the other branches are doing. The Supreme Court and Federal Circuit are issuing decisions that seem innocuous at first, but then inevitably snowball into wrecking balls. Regulatory policies, guidelines and statutory prescriptions that are well intended when the ink dries turn lethal to patents—witness the creation of the Patent Trial and Appeal Board (PTAB). But, despite this situation, in the late summer/early fall of this year, in a brief burst of face-to-face patent events, I began to re-appreciate the value of the system and what it means to the country and our collective future.

Why It’s Time to Board the PCT Train: The Benefits of Filing U.S. Patent Applications via the PCT First

I am going to make a bold statement: every non-provisional patent application for an invention originating in the U.S. should be filed via the Patent Cooperation Treaty (PCT) first. Then, after another six months, following the international search, and PCT publication, those who desire U.S. patents should enter the U.S. National Stage. That’s right: every single application, no exceptions. No, I have not lost my mind. Here’s why.

Time to ‘Think PCT’: Rethink Your Global Patent Strategy to Preserve Your Seat at the Table

Greetings; John White here. It is time for you to “Think PCT” [Patent Cooperation Treaty] anew. If the last thing you remember hearing me say about the PCT was some pneumonic about how to ensure an International Filing Date (English Applicant Requests Priority Designation!), or how to calculate an old Section 102(e) date under the FOoT/DUSE  (Fee Oath Translation/ Designate United States (publish in) English) Rule for the Patent Bar Exam: good, you still remember it! You’ve put off senility a little further by keeping these things circulating in your steel-trap like brain! (Sadly, my voice is probably still rattling around in there as well, I suppose. Sorry about that…) But, let’s move on; it is now time to really understand the use and implementation of a PCT strategy in the modern era. The world is changing rapidly!

The Moral Dimension of U.S. Patents

Whenever a national emergency sweeps through, the question of patents is tangentially swiped at in the context of whether any patents will have to be “broken”, or compulsory government licensing regime initiated, to eliminate any roadblocks to a national or global solution. And, just for good measure, another rock or two is hurled at “patents” using the common epithets: monopolistic, greed of patent holders, profiteers, etc. None of it is true; but that doesn’t stop those who are anti-patent from trying.

Un-doom Your 2019 Resolutions with IPWatchdog

For many, IPWatchdog is one of the “blogs” we read to keep up to date with what is happening in the industry. Over the last year IPWatchdog has become much more, offering content well beyond articles… All of these programs are delivered in a model that provides the best uptake for the information being delivered. All who attend will easily and rapidly pay back the cost through greater capacity and productivety within your organization, whatever it may be. More and better value will be extracted from your efforts. Best of all, you already have this in your budget(s) under training. Get going; make the decision to make 2019 a better year on the patent front – now!

In patenting, one size does not fit all. There are many clients and there should be as many strategies, and those many strategies should change as the needs and ambitions of your clients change. Each client has unique business objectives. A patent strategy should be conceived to support and achieve those objectives. How does this occur?

For people starting out in the patent field, virtually all job announcements require some patent prosecution experience. A typical requirement is, for example, at least 2 years of experience in prosecution. I get it. What employer wants to invest in training only to see a person slip away once they can finally do something useful. Rather, you’d like to on-board the person, get them working immediately and discover what gaps may exist from their past experience and work to fill them in. Great idea, except it is hard to pull off.

Past Events with John White

A Tale of Different Software Innovations: The Uneven Impact of Alice

Webinar: The Art of Responding to Obviousness Rejections: Section 103 and the KSR Guidelines

Webinar: The Art of Responding to Obviousness Rejections: Section 103 and the KSR Guidelines

Webinar: The Art of Responding to Obviousness Rejections