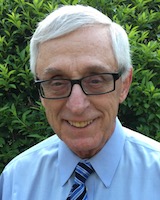 is President of IP Strategic.com and a perennial selection to The Best Lawyers in America. Having spent years as one of the most influential and highly regarded advocates in the New Hampshire Legislature and state administrative agencies, Chris is now focused primarily on federal policies in Washington, DC. Chris has been involved in nearly every substantial New Hampshire economic regulatory initiative over the last 25 years. He has served as general counsel for the New Hampshire Bankers Association and has represented New Hampshire utilities, hospitals, insurers, aggregate manufacturers and numerous other entities. This experience provides him with a uniquely respected voice on Capitol Hill, enabling him to communicate effectively with members whose federal decision-making must reflect and respect the complexities of their home-state constituents.

A frequent speaker and commentator in local and national media on policy issues, regarding financial services, privacy, business and government, Chris has testified on financial services issues before U.S. House and Senate Committees and has been a panelist in Capitol Hill briefings on intellectual property issues. He can be reached at [email protected]

The experts in attendance reminded us of the insanity of the compulsory licensing system that now pervades the U.S. patent marketplace, which when explained in terms of real estate is obviously absurd. A man came home from work one day to find a strange family living in his dining room. He wanted to have them evicted but was told he would have to spend five years and millions of dollars proving in court that he owned the room where the invaders had pitched their tent. A judge finally found that indeed he owned his dining room. But instead of ordering the family’s eviction she ordered the invaders to pay rent to the homeowner in an amount hypothetically determined by calculating what he and the squatters would have agreed to before his unwelcome visitors moved-in.

The beauty of the patent troll narrative was it took little time to absorb and instantly painted a pejorative picture in the minds-eye of the listener. It became easy to repeat. Its bumper-sticker simplicity lead to widespread usage, which ultimately (and quickly) became accepted as fact without much, if any, critical thought. Most important, the strategy by-passed the arcane complexity of its convoluted subject matter by shifting the burden of Congressional persuasion to its victimized and under-resourced opponents… Expect big tech and its leftist bed-fellows to exert more effort to “de-propertize” patents on Capitol Hill and in the courts… Expect proponents of reform to mischaracterize patent reform as a step towards tort-reform, which is nearly comical given that the tortfeasor in the equation is the party that is trampling on the property rights of patent holders through infringement, which is many times purposeful and willful.

Studying IPRs Not Enough, PTAB must be Repaired, Replaced or Repealed by Congress

Inter Partes Review (IPR) is viewed by many as late-stage destruction of fully developed early-stage investor ROI in patented property. The Lee study will presumably weigh the costs of the PTAB and IPR against its benefits, but the worst far-reaching costs will not show either in its records or dialogue with its “users.” Examining “five years of PTAB files and user experience” cannot reveal the indirect harm the PTAB has inflicted on our innovation ecosystem through the threats to file IPR petitions during licensing negotiations, the impact on declining patent values, the weaponization of the PTAB by the infringement defense bar and its unexpected heavy utilization. Discovering what the PTAB hasn’t seen and why it never saw it would be more informative and more relevant.

Early Stage Innovation’s Chance to Save Itself

Universities in particular must explain to their congressional delegations why R&D must continue to be funded and why its Bayh-Dole based commercialization bridge must be protected so federal funds already in the pipeline can produce the future jobs, growth and beneficial scientific progress they expected when they voted formerly to support R&D… Unless universities actively justify their commercialization of federally-funded R&D, other influential interests on the Hill who care little about future scientific study, but care a lot about their own survival, will now perceive R&D’s annual funding as a bridge to their own survival. This is no time to wait and watch from the sidelines.

The savings impact of directly negotiated drug costs is considered negligible, but intrusion into biomedical pricing will destabilize life science commercialization… Any way you slice it, added commercialization uncertainty resulting from even negligible savings will be seen by the private sector as a foot-in-the-door for more government price controlling… Participants in early stage life science development including research universities and medical centers must watch this issue closely and be ready to join MMA’ s more conspicuous defenders if and when MMA’s ban on Medicare direct negotiations suddenly appears.

EFF’s Reclaim Invention Act, Draft Model Statute may seem an odd approach to folks in DC but when lined up with a state-level lobby of IP-uninformed and angry local businesses lobby, state legislators will be impressed. So notwithstanding EFF’s effectiveness on the Hill weakened by its issue multitasking, it will have stronger standing in state legislatures. Its research university troll-targeted sanctions proposal therefor must not be taken lightly. Beyond the law’s ironic fiscal resemblance to patent troll “do what I say or pay” troll conduct, the Model Law’s enactment will add even more uncertainty to private sector investment in early stage innovation. Worse, because of its open-man-hole patent nullification mechanism stationed at costly commercialization’s successful endpoint, pure licensing firms like Qualcomm, and research universities will be exposed to expanded freeloader accessibility as another nail of uncertainty is pounded into the coffin of patent exclusivity.

Canada’s Promise Doctrine Should Be a Warning to America

A recent Canadian survey (CRA Survey) has conclusively attributed lowered levels of R&D investment in Canada’s innovation ecosystem to the country’s unique judicial “Promise Doctrine.” The Promise Doctrine is a controversial patent elimination dynamic, judicially imposed during patent enforcement proceedings, often after a patented product has achieved its developmental endpoint, having successfully completed its long and costly commercialization. By its unpredictable applicability, like an unseen open manhole, Canada’s promise doctrine can cancel the benefits of a long journey at its market-ready endpoint… As the Survey suggests, long-lasting damage to Canada’s innovation ecosystem may already have occurred, which is why the Survey bears so heavily on the U.S. patent system’s own endpoint “open manhole”, Inter partes review (IPR). However Canada deals with its promise doctrine woes, we too have much to learn from this Canadian Survey.

Move over Patent Trolls, Efficient Infringement has arrived on the Hill

But now, after quickly dispatching with the patent troll meme as much ado about nothing, we can, should and must now unleash a more simplified counter attack by referencing a commonly deployed patent abuse known as “efficient infringement.” This deliberate disdain for patent property is the business model driving mega-tech IT incumbents to continually pressure Congress to enact measure such as HR 9 and S.1137. Efficient infringement is a cold-hearted business calculation whereby businesses decide it will be cheaper to steal patented technology than to license it and pay a fair royalty to the innovator. This cold-hearted business approach to stealing intellectual property resonates when it is conveyed properly. Here is a simple script for research universities to use when they communicate with candidates’ pre-election and Staffers and those who prevail after the election. These arguments are easily adaptable to all pro-patent advocates.