“The case could pose yet another outcome where the Supreme Court eliminates a bright-line rule in intellectual property, as with attorneys’ fees in patent law. It also may continue a trend for the Supreme Court to send a message to Congress to draft more clear legislation if Congress wants certain results.” 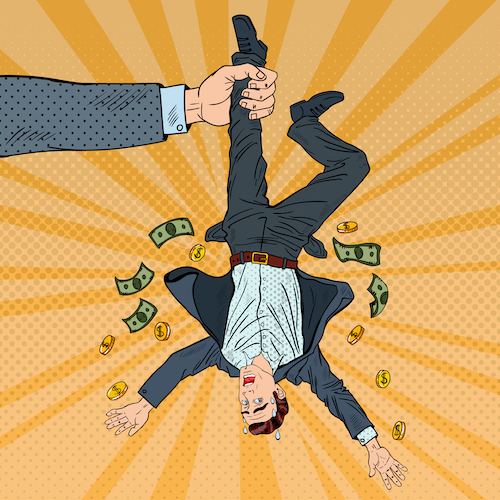 On November 27, briefing concluded at the Supreme Court with the filing of Fossil’s respondent’s brief in Romag Fasteners, Inc., v. Fossil, Inc., et al. The final briefing sets the stage for the Court to hear the case on January 14, 2020. The Court will hopefully resolve a current Circuit split on the availability of disgorgement of profits as damages for trademark infringement. Currently, the First, Second, Eighth, Ninth, Tenth and D.C. Circuits all require willful infringement before allowing disgorgement of an infringer’s profits (the First Circuit requires willfulness if the parties are not direct competitors and there is also some disagreement on where the Eighth Circuit falls on the issue). The Third, Fourth, Fifth, Sixth, Seventh and Eleventh Circuits all allow for disgorgement of profits without willful infringement. There has been a Circuit split for some time on this issue and the Supreme Court previously denied certiorari on similar cases but the Court is now set to resolve the split.

The case began in 2010 with Romag suing Fossil in the District of Connecticut. In April of 2014, Romag obtained a jury verdict that Fossil infringed on their trademark. The jury granted Romag $6.7 million in profits from Fossil but did not find that Fossil willfully infringed Romag’s trademarks. The Court, in a bench trial after the jury verdict, reduced the award to eliminate disgorgement as a remedy because Romag did not prove willful infringement. On appeal, the Federal Circuit, applying Second Circuit law, upheld the requirement to show willfulness as a prerequisite for willful infringement.

The Amici Weigh In

Now the Supreme Court is set to resolve this split after receiving briefs from the parties, and amicus briefs from The American Bar Association (ABA), The American Intellectual Property Law Association (AIPLA), International Trademark Association (INTA), Intellectual Property Law Association of Chicago (IPLAC), Intellectual Property Owners Association (IPO), and Intellectual Property Law Professors. Only the law professors’ brief supports one of the parties (the Respondents); the rest are supporting neither party and they split as to their end positions. The ABA’s brief argues that nothing in the Lanham Act requires proving willful infringement for disgorgement. INTA, AIPLA and IPLAC also argue against having willful infringement act as a prerequisite, but instead would allow a court to consider willfulness, along with other factors in determining whether equity would favor disgorgement on a case by case basis. IPO and the 15 law professors’ brief—which includes Mark Lemley of Stanford, who also authored the brief—are alone among the amici in arguing that the Lanham Act, and its legislative history, require willfulness in order to award disgorgement.

When a violation of any right of the registrant of a mark registered in the Patent and Trademark Office, a violation under section 1125(a) or (d) of this title, or a willful violation under section 1125(c) of this title, shall have been established in any civil action arising under this chapter, the plaintiff shall be entitled, subject to the provisions of sections 1111 and 1114 of this title, and subject to the principles of equity, to recover (1) defendant’s profits, (2) any damages sustained by the plaintiff, and (3) the costs of the action. The court shall assess such profits and damages or cause the same to be assessed under its direction. In assessing profits the plaintiff shall be required to prove defendant’s sales only; defendant must prove all elements of cost or deduction claimed. In assessing damages the court may enter judgment, according to the circumstances of the case, for any sum above the amount found as actual damages, not exceeding three times such amount. If the court shall find that the amount of the recovery based on profits is either inadequate or excessive the court may in its discretion enter judgment for such sum as the court shall find to be just, according to the circumstances of the case. Such sum in either of the above circumstances shall constitute compensation and not a penalty. The court in exceptional cases may award reasonable attorney fees to the prevailing party.

The main disputed point in the statutory language is whether the mention of “willful violation under section 1125(c) of this title” limits the requirement of willfulness to only section 1125(c) violations or not. “Willful” was added to this section in 1999 amendments; prior to 1999 a limited circuit split on the issue already existed. Opponents of the willful prerequisite point to the language of the statute as having a willful requirement for only one type of infringement and no other. They point to the addition of this language as resolving the outstanding issue that existed in common law. Proponents of the willful prerequisite argue that it was not meant as exclusion for requiring willfulness in other types of infringement and was meant to clarify what the requirement was for the newer cause of action created by section 1125(c), which did not exist in common law and was only adopted in 1996, three years before the 1999 amendment to section 1117(a). Proponents also argue that the “principles of equity” always requires a showing of willfulness, which was the general common law approach predating the Lanham Act. Fossil’s final brief opens with this point. Further, proponents of the willfulness prerequisite argue that the legislative history shows Congress’ intent was not to eliminate any willfulness prerequisite that previously existed.

Many briefs appear to agree that the main issue is how to avoid a windfall to the trademark owner and that disgorgement of profits at least has the potential to be a severe penalty. Those arguing against the willfulness prerequisite believe that balancing principles of equity in each case will avoid that result. They also believe that damage to a trademark owner, be it lost profits or other brand damages, is often difficult or impossible to prove, while disgorgement provides a more easily calculated amount which will more easily allow brand owners to enforce their marks. Additionally, practically speaking, relatively few cases in courts not requiring willfulness allow disgorgement without willfulness, so it could be argued that the addition of a perquisite requiring willfulness is simply not needed.

For proponents of the willfulness prerequisite, allowing trademark owners to easily threaten disgorgement could be abused to extort unreasonably large settlements or make settlement harder as the parties disagree on the balance of equities. Further, the availability of actual damages to a plaintiff (as long as trademark owners carefully develop their cases), treble damages in certain circumstances, injunctive relief and attorneys’ fees are more than enough to make trademark owners whole and provide incentive to bring suit.

This case could pose yet another outcome where the Supreme Court eliminates a bright-line rule in intellectual property, as with attorneys’ fees in patent law (see Octane Fitness and Highmark), and grants broad discretion to District Courts, which have greater involvement with the facts of each case and the conduct of the parties involved. Alternatively, it could create a single bright line rule for all Courts. It also may continue a trend for the Supreme Court to send a message to Congress to draft more clear legislation if Congress wants certain results. However the Court rules, parties will need to adapt their litigation strategy accordingly. It will also eliminate the ability of plaintiffs to change their potential remedies based on where they choose to file by having one nationwide rule on disgorgement. It may put more emphasis on willfulness, developing a well-supported case on actual damages, or focusing on other relief, such as treble damages or injunctive relief, at least until Congress amends the Lanham Act again.