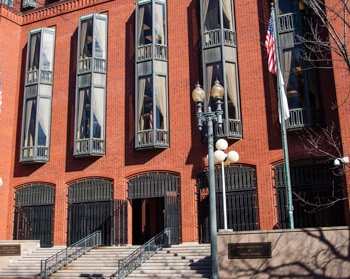 Beginning in the mid-2000s, the United States Patent and Trademark Office (“PTO”) issued final rejections for a number of Mr. Hyatt’s applications, which he subsequently appealed to the Patent Trial and Appeal Board(“PTAB”). The examiners never filed answers to Mr. Hyatt’s briefs, and the PTAB never acquired jurisdiction over his appeals. The PTO instead reopened prosecution of 80 previously rejected applications. Mr. Hyatt, in turn, filed a lawsuit in Nevada district court alleging unreasonable delay of his applications by reopening of prosecution instead of hearing the appeals.

While the lawsuit was still pending, Mr. Hyatt also filed a petition for rulemaking with the PTO requesting that the USPTO repeal or declare unenforceable MPEP § 1207.04.  Mr. Hyatt challenged the PTO’s subsequent denial of his petition in Nevada district court under the Administrative Procedure Act (“APA”), arguing that the PTO procedures were “arbitrary and capricious, in excess of statutory authority, and without observance of procedure required by the law.” The district court dismissed the action for lack of subject matter jurisdiction and further declined to transfer the case because Mr. Hyatt’s claims were “likely precluded” by his prior unreasonable delay lawsuit. On appeal, the Federal Circuit reversed the court’s dismissal for lack of subject matter jurisdiction but affirmed its grant of the PTO’s motion for summary judgment, because Mr. Hyatt’s claims were either time-barred or relied on erroneous statutory interpretation.

Next, because Mr. Hyatt’s present claims did not share an identity with his earlier unreasonable delay claims, he was not precluded from bringing them:

“Mr. Hyatt’s unreasonable delay claims arose from the PTO’s reopening of prosecution for 80 of his applications in 2013. In contrast, his present claims arose from the PTO’s denial of his petition for rulemaking in December 2015. This petitioning process is completely independent of the PTO’s application examination process. In addition, the two sets of claims could not have been conveniently tried together. . . . [E]ven though Mr. Hyatt could have raised the same arguments concerning MPEP § 1207.04’s validity in his prior suit, his present claims arise from a different set of facts unrelated in time, origin, or motivation to his prior unreasonable delay claims.”

The Court further distinguished the lawsuits based on the type of relief sought, in particular in relation to the 80 pending claims:

“The PTO’s argument that the two sets of claims arise from the same set of transactional facts relies on a misunderstanding of Mr. Hyatt’s claims. The PTO frames Mr. Hyatt’s suit as a collateral attack on the agency’s reopening prosecution for the 80 applications at issue in his unreasonable delay case. But Mr. Hyatt’s present suit does not seek any relief related to those 80 applications. His claims challenge the PTO’s denial of his petition for rulemaking and his complaint only seeks forward-looking relief such as ‘[a] declaration that MPEP § 1207.04 is unlawful,’ ‘[a] declaration that the PTO . . . unlawfully denied the Director Petition,’ and ‘[a]n order enjoining the PTO . . . from enforcing MPEP § 1207.04.’ . . . The requested relief makes clear that Mr. Hyatt is not collaterally attacking the PTO’s prior prosecution reopenings.”

Thus, had Mr. Hyatt requested any relief regarding the 80 pending claims in the present lawsuit, the outcome of the Court’s holding may have been different.

Next, applying 28 U.S.C. §2401(a), which provides a general six-year statute of limitations for cases against the U.S. Government, the Court held that two of Mr. Hyatt’s three challenges to MPEP § 1207.04 were time-barred.  While procedural challenges to an agency rulemaking under the APA accrue at the time of final agency action – in this case,the adoption of the rule – substantive challenges “accrue[] either when the agency makes its initial decision or at the time of an adverse application of the decision against the plaintiff, whichever comes later.”

Mr. Hyatt’s argument that the PTO promulgated MPEP § 1207.04 without notice-and-comment was a procedural argument. The right of action accrued when the agency adopted the rule in 2005.  Mr. Hyatt’s failure to bring his notice-and-comment claim until ten years later rendered it time-barred. Furthermore, because the 2014 amendment to MPEP § 1207.04 merely clarified the meaning of an existing term and was not substantive, the statute of limitation was not reset then. Similarly, the PTO’s discussions of reopening prosecution in 2011 and 2013 did not restart the statute of limitation.

Mr. Hyatt’s argument that MPEP § 1207.04 conflicted with 37 C.F.R. § 41.39 was neither procedural nor substantive but instead a “policy-based challenge,” and the right of action also accrued in 2005 – with the adoption of the provision – again rendering the challenge outside the six-year statute of limitations period.

However, Mr. Hyatt’s argument that MPEP § 1207.04 violated 35 U.S.C. § 6(b)(1) was a substantive challenge, and right of action accrued in 2015 with the PTO’s denial of Mr. Hyatt’s petition for rulemaking – an adverse application of MPEP § 1207.04 against him. Nonetheless, the court found that the claim was based on an erroneous interpretation of § 6(b)(1) and thus lacked merit.

Under § 6(b)(1), the PTAB has the duty to, “on written appeal of an applicant, review adverse decisions of examiners upon applications for patents pursuant to section 134(a).” However, “the text does not require the PTAB to reach the merits of every appeal that is filed.” The PTO may instead impose procedural conditions prior to PTAB’s review of an appeal, which may result in its dismissal.  An examiner’s decision not to reopen prosecution is merely“another condition that must be satisfied before an appeal reaches the Board.” Furthermore, reopening prosecution does not deprive applicants of their right to appeal final examiner rejections – once the examiner adds new grounds for rejection, an applicant may appeal it.

Addressing Mr. Hyatt’s concern that examiners could use repeated prosecution reopenings to prevent the PTAB from ever reviewing application rejections, the Court stated that “the prospect that prosecution reopenings after the filing of an appeal brief might be used abusively cannot override the plain meaning of § 6(b)(1). . . .”  The court concluded this was not the case here, as “there is no evidence in the record that, in the wake of that decision, PTO examiners have repeatedly reopened prosecution of Mr. Hyatt’s applications for the purpose of further delaying PTAB review.”

An APA challenge to a rule within the MPEP on procedure or policy grounds must be filed within six years of rule adoption. The PTAB is not required to reach a decision on an appeal if the examiner chooses to reopen prosecution during that appeal.