There Are Two Types of § 101 Rejections 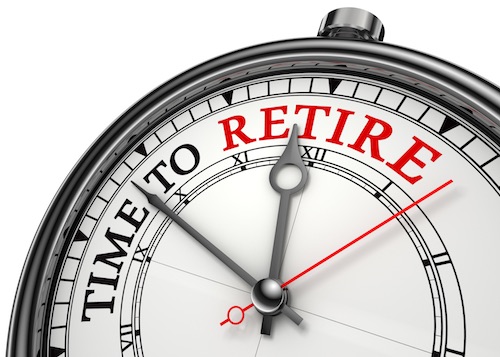 The first type of analysis is whether a man-made something is patent-eligible under § 101 by virtue of the definitions recited in 35 U. S. C. § 100.  An example of such an analysis is found in In re Nuijten, 500 F.3d 1346 (Fed. Cir. 2007) (holding that an electromagnetic carrier per se is not a process, machine, manufacture or composition of matter a defined by § 100).  In re Nuijten reflects an example of a man-made invention that, as a categorical rule (not categorical exception), falls outside § 101.  See also, Digitech Image Techs., LLC v. Elecs. for Imaging, Inc., 758 F.3d 1344 (Fed. Cir. 2014) (holding that data in its ethereal, non-physical form is information that does not fall under any category of eligible subject matter).  Preemption is not a factor in this type of analysis.

The second type of analysis, which was addressed in Alice Corp. v. CLS Bank, 134 S. Ct. 2347 (2014) is a determination of whether a claim constitutes an exception to § 101 by preempting a law of nature, natural phenomena or an “abstract idea.”  The Alice Corp. decision commands courts to construe the abstract idea narrowly noting that the non-abstract “[poses] no comparable risk of pre-emption[.]” Alice Corp., 573 S. Ct. at 2355.

This article is directed to the first type of analysis.

Congress, Not the Supreme Court, Determines the Scope of Patent Eligibility

Article I, Section 8, of the United States Constitution states “Congress shall have power . . . to promote the progress of science and useful arts” (emphasis added).

To this end, Congress enacted several different acts over time including the 1952 Patent Act.

Section 101 states: “Whoever invents or discovers any new and useful process, machine, manufacture, or composition of matter, or any new and useful improvement thereof, may obtain a patent therefor . . . ” (emphasis added).  Relevant to the word “process,” Congress defined the word in § 100 (b) as follows: “The term ‘process’ means process, art or method, and includes a new use of a known process, machine, manufacture, composition of matter, or material” (emphasis added).

While courts may interpret particular words in view of congressional intent, the Supreme Court has repeatedly declared that “[u]nless otherwise defined, ‘words will be interpreted as taking their ordinary, contemporary, common meaning.’” Bilski v. Kappos, 561 U.S. 593, 603 (2010).  There is no known meaning “of the definitional terms ‘process, art or method’ that would require these terms to be tied to a machine or to transform an article.” Id.   “Our task . . . is the narrow one of determining what Congress meant by the words it used in the statute; once that is done, our powers are exhausted.” Diamond v. Chakrabaty, 447 U. S. 303, 318 (1980).

Turning to the idea of the ordinary, contemporary and common meaning of the word “process,” Black’s Law Dictionary (6th Ed. 1990) at p. 1205 defines “process” generally as “a series of actions, motions or occurrences . . . whereby result or effect is produced.”  As related to patent law, Black’s Law Dictionary defines “process” to mean: (1) an “art or method by which any particular result is produced;” (2) a “means or method employed to produce a certain result or effect;” and (3) “a definite combination of new or old elements, ingredients, operations, ways, or means to produce a new, improved or old result[.]”  Compare the McGraw-Hill Dictionary of Electrical and Computer Engineering (2004) (ISBN0-17-144210-3) at p. 448, which defines the term as “a program that is running on a computer.”

Clearly, all applicable definitions are broad enough to include software operating in a computer, and a categorical rule differentiating software from other forms of processes is improper.  Such “categorical rule[s] denying patent protection for ‘inventions in areas not contemplated by Congress . . . would frustrate the purposes of the patent law.’” Bilski, 561 U.S. at. 605 (citing Chakrabarty).

The ‘Process’ Analysis in Gottshalk v. Benson Is Erroneous and Moot

The 1952 Patent Act was enacted in response to the anti-patent sentiment of the Supreme Court starting in the 1930s.  This anti-patent sentiment was reported by Karl Lutz (Journal of the Patent Office Society, Vol. XXXV, No. 3 at pp. 156-7 (March 1953)), who stated the 1952 Patent Act was enacted to remove “the recent apostasy” of the Supreme Court “from the benevolent policy of the Constitution.”  Indeed, the “apostasy” pre-1952 was so harsh that Justice Jackson criticized the Supreme Court’s “strong passion” for striking patents down “so that the only patent that is valid is one which this Court has not been able to get its hands on.” Jungersen v. Ostby & Barton Co., 335 U. S. 560, 572 (1949).

Unfortunately, Benson’s “process” analysis had no nexus to the plain, contemporary and ordinary meaning of the word “process,” but was instead determined using erroneous criteria, such as the USPTO’s inability to address a new technology.  “The Patent Office now cannot examine applications for programs because of a lack of a classification technique and the requisite search files.” Benson, 409 U.S. at 72.  “Even if these were available, reliable searches would not be feasible or economic because of the tremendous volume of prior art being generated.” Id.  “Without this search, the patenting of programs would be tantamount to mere registration and the presumption of validity would be all but nonexistent.”  Id.  “If these programs are to be patentable,  considerable problems are raised . . . .”  Id. at 73.

In sum, the 1972 Supreme Court mistook the USPTO’s incompetency to address an emergent technology for the ordinary, contemporary and plain meaning of the term “process.”

There’s a bit of irony in that, by applying Benson’s criteria to Benson, Benson isn’t Benson at age 46.

Thus, whether or not the preemption issue in Benson was correctly decided, the criteria used by the 1972 Supreme Court to determine whether software is a process under § 101 shows that the Benson holding is moot.  Regardless, it is past time to retire the Luddite view that software processes are any less patent-worthy than other processes because the USPTO was incapable of examining software in 1972.

The Modern Courts Consider Software a Process under § 101

Regardless, while different jurists within the Federal Circuit presently view the mental steps doctrine differently, the term “mental steps doctrine” intuitively implies the idea that a patent claim should never read on a human mind performing an act.  See CyberSource v. Retail Decisions, 654 F.3d 1366 (Fed. Cir. 2011) (holding that a claimed method not tied to any machine and that could be performed entirely by the human mind was patent ineligible).  As a fundamental issue of human dignity, the human mind should be free of government-sanctioned monopolies.

However, even when a particular software claim fails to recite a computer, a machine may still be inferred depending on the specification.  “A construction that excludes all disclosed embodiments . . . is especially disfavored” (emphasis in original).  Kaneka Corp. v. Xiamen Kingdomway, 790 F.3d 1298, 1304 (2015).

Further, when a machine is found to infringe a software claim that recites no operation on a computer, there is no risk of a human mind being hindered by said claim when a complaint appropriately alleges an infringing machine.

Fortunately, Justice Steven’s attempt to interpret the “mental steps” doctrine to read on what a machine performed was rejected by the Supreme Court majority.

Unfortunately, the “mental steps” folly re-emerged in various recent cases, such as Electric Power Group v. Alstom, 830 F.3d. 1350 (Fed. Cir. 2016), which asserted that presumably novel and non-obvious machines were patent ineligible because they were somehow “mental processes.”  More specifically, Electric Power Group stated “we have treated analyzing information by steps people go through in their minds, or by mathematical algorithms, without more, as essentially mental processes within the abstract-idea category.”  Id. at 1354.

However, as shown in Electric Power Group Doc. 24 (Appellant’s opening brief), pages 27-28, a computer system (claim 1) performing specific steps was asserted against Alstom.  A machine is no human mind.  Machines don’t perform “mental steps.”  Further, the method of claim 12 is far beyond the capacity for a human mind due to the sub-second processing requirement.

Undoubtedly, any math-based algorithm can be implemented using computers.  So what?  As stated above, the exact text of § 100 (b) states that the term process “includes a new use of a known . . . machine.”  Assuming that an algorithm is novel and nonobvious, such algorithm constitutes a new use for a known machine and is therefore patent eligible based on the laws that Congress enacted.  Any other position de facto writes out statutory language of § 100 that the courts are obligated to follow.

Further, this issue was settled en banc on May 31, 2018, in Aatrix v. Green Shades, Appeal No. 2017-1452 (Fed. Cir. 2018), where steps performed by software programs that provided no improvement to any machine were considered within the realm of patent-eligible claims by Judges Prost, Newman, Lourie, Dyk, Moore, O’Malley, Wallach, Taranto, Chen, Hughes and Stoll.

Whether or not software per se is intangible, software processes are still “processes” under § 101 – especially when such software directs the actions of physical machines.  A computer is no less a machine than the wheel.  However, what jurists would assert that a new and nonobvious use for a wheel is not patent eligible?

To illustrate the absurdity of Benson’s anti-software position, the following examples of patented machines are provided.

First, contrary to popular notion, U.S. Patent No. 4,344,142 to James Diehr was not the first attempt to patent the idea of performing a real-time simulation of the Arrhenius equation using periodic temperature measurements of a rubber mold in order to cure rubber.  In fact, nearly two years prior to Diehr’s filing, Thomas Smith filed for a device that performed the very same algorithm using dedicated logic, which was granted as U.S. Patent No. 3,819,915. Smith was also granted U.S. Patent No. 4,022,555 for another rubber-curing device based on discrete logic.

Similarly, William Claxton filed for patent protection in 1974 for an Arrhenius-based rubber-curing device using analog components, which issued as U.S. Patent No. 4,044,600.

The point is simple.

On the day Diehr was argued before the Supreme Court, there were no less than four machines of various designs that performed the exact same rubber-curing processes based on a real-time operation of the Arrhenius equation.  However, only one design evoked the Bensonesque anti-software / “mental steps” nonsensical theory whereby software operating within a machine negated patent eligibility in the minds of a minority of jurists.

The Benson decision may only be 46, but it needs to be retired.  It’s a parasite to the patent community, and an embarrassment that the Supreme Court refuses to admit is an embarrassment.

As a last note – without doubt technological advances on mind-machine interfaces will one day require new tests to determine patent eligibility under the “mental steps” doctrine.  Those will be fun times.