The CRISPR Tug of War

“These parties are currently engaged in litigation over patents concerning the potentially most lucrative application of CRISPR technology – the use of CRISPR-Cas9 in plant and animal (eukaryotic) cells.” 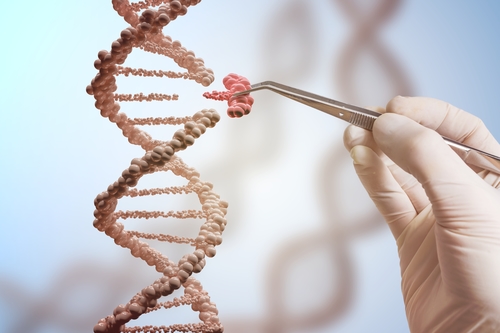 Clustered Regularly Interspaced Short Palindromic Repeats, or “CRISPR,” is a gene-editing technology platform that is widely expected to enable important advancements in fields such as medicine, agriculture and biology.  CRISPR allows researchers to precisely modify specific segments of DNA in plants and animals by cutting the genome at a specific location.  Due to its applicability across various industries, patent rights in the CRISPR platform should have tremendous value.

The University of California (“UC”) and The Broad Institute, Inc. (“Broad”) are among the leaders in the development of CRISPR technology.  Both UC and Broad filed patent applications for claims broadly drawn to CRISPR-Cas9 systems and methods of DNA editing.  These parties are currently engaged in litigation over patents concerning the potentially most lucrative application of CRISPR technology – the use of CRISPR-Cas9 in plant and animal (eukaryotic) cells.  The outcome of this litigation will affect control of the CRISPR platform and development of the technology.

UC/Broad CRISPR-Cas9 systems comprise three components: two RNA elements and a protein called Cas9.  crRNA, which is also referred to as “guide RNA” or “targeter-RNA,” is a strand of RNA with complementary base pairs to the DNA that the researcher wants to modify.  Once inside a cell, the crRNA guides the Cas9 protein to the DNA identified for editing and binds to the targeted DNA sequence.  tracrRNA binds to another sequence of the crRNA strand and interacts with the Cas9 protein, causing the Cas9 protein to cut both strands of the target DNA at the site bound to the crRNA.

CRISPR-Cas9 occurs naturally in prokaryotes, such as bacteria, and serves as a defense mechanism against viruses.  Bacteria use CRISPR to cut out portions of the viral DNA so that it can recognize that pathogen and defend against subsequent attacks.  Eukaryotes are more complicated cells, containing a nucleus and membrane bound organelles, and may be part of multicellular organisms.  These cells do not have a natural CRISPR-Cas9 system.  Researchers have introduced this system into eukaryotic cells to cleave targeted DNA only within the last decade.

The CRISPR-Cas9 system holds great promise in developing targeted cancer therapies, curing genetic diseases such as cystic fibrosis and sickle-cell anemia, and improving the yield and quality of agricultural crops.  Prior genetic editing methods afforded scientists little control over where the mutation or substitute DNA sequence would place itself in the genome.  CRISPR-Cas9’s ability to target specific portions of the gene using crRNA provides a faster, cheaper and more efficient method to edit DNA sequences or substitute new genes.

In a highly-publicized interference proceeding, UC and Broad have been dueling over the rights to patents claiming the use of the CRISPR-Cas9 system in eukaryotic cells.  Broad, a collaboration between MIT and Harvard, owns patents awarded to MIT bioengineer Feng Zhang that claim CRISPR-Cas9 methods and systems specifically for use in eukaryotic cells.  UC claims that it has rights to the subject matter claimed in the Zhang patents pursuant to a provisional application filed by UC professor Jennifer Doudna and microbiologist Emmanuelle Charpentier six months before Zhang’s patent application.

UC argued before the Patent Trial and Appeal Board (“PTAB”) that Broad’s patent was obvious in view of its provisional application.  UC’s claims do not recite any particular environment for using CRISPR-Cas9, and an article authored by the inventors published before Broad’s priority date reports use of the system in vitro but not in eukaryotic cells.  Based on its review of then-existing knowledge in the art, the PTAB held that ordinarily skilled artisans would not have had a reasonable expectation that CRISPR-Cas9 would work in eukaryotic cells and concluded that there was no interference in fact.

UC’s appeal to the Federal Circuit centers on the obviousness standard applied by the PTAB and whether the Board had substantial evidence for its conclusion that a person of ordinary skill would not have had a reasonable expectation of success of using CRISPR-Cas9 in eukaryotic cells.  UC argues that the PTAB essentially required absolute certainty, rather than a reasonable expectation, by faulting UC for failing to identify “specific instructions” in the prior art to use the claimed system in eukaryotic cells.  UC also contends that the PTAB ignored dispositive evidence of simultaneous invention by six research groups within months of the publication of UC’s article and the successful use of other prokaryotic systems in eukaryotic cells in the past.

Broad’s response focuses on evidence that the PTAB cited in support of its decision, including contemporaneous statements by the UC inventors and skilled artisans expressing uncertainty about the applicability of CRISPR-Cas9 to eukaryotic organisms.  In addition, Broad points to the PTAB’s findings that the prior application of prokaryotic systems in eukaryotic cells cited by UC were distinguishable and that successful use in eukaryotic cells often required uniquely tailored solutions due to significant differences in cell biology.  Broad also asserts that the PTAB considered UC’s cited evidence on simultaneous invention and properly concluded that the work of other research groups showed a motivation to research CRISPR-Cas9 in eukaryotic cells but did not necessarily indicate a reasonable expectation of success.  Finally, Broad rebuts UC’s allegation of legal error by explaining that the PTAB did not cite the absence of “specific instructions” as a legal standard but instead as a fact supporting the lack of a reasonable expectation of success.

The appeal’s outcome will dictate the degree of control UC and its exclusive licensee, Caribou Biosciences, exercise over CRISPR.  Broad licenses its CRISPR patents on a non-exclusive basis outside of its use in human therapeutics, and even within that field it maintains the right to grant licenses if its current licensee, Editas Medicine, is not pursuing work on a particular gene.  Moreover, Broad has expressed willingness to pool its patents with others directed to CRISPR.  UC has been more circumspect about its licensing plans.  If the Federal Circuit affirms the PTAB’s decision, UC would need to license Broad’s patents to develop most commercial applications of its technology.  The likelihood that UC would participate in a CRISPR-focused patent pool would substantially increase.  If UC wins the appeal and gains control over CRISPR’s use in eukaryotic cells, however, it could largely control who can (and cannot) use CRISPR.

The history of the “Cabilly” patents demonstrates how patents covering platform technologies like CRISPR can impact innovation.  The Cabilly patents cover use of recombinant DNA technology (i.e., combining DNA from more than one source) to produce antibodies from a single host cell that has been injected with the recombinant DNA.  Since 1983, the owners of these patents (currently, Roche) have controlled use of the technology, and researchers have only been able to develop antibodies using the claimed single cell method by licensing the patents.  The Cabilly patents will expire in December 2018, ending 35 years of control over essential antibody technology.

Although the Cabilly patents’ owners have licensed the patents (pulling in an estimated $500 million annually), their control over the technology has come at a cost.  Research groups who were unable or unwilling to pay royalties were frozen out of the field.  Companies seeking to market biosimilars to products created with the Cabilly technology have been particularly affected, some electing to delay market entry until the expiration of the Cabilly patents.

There are more than 20,000 genes in the human genome, and broader access to CRISPR technology almost certainly will lead to more companies exploring more gene-related advances in science and medicine.  Jointly licensing the essential CRISPR-Cas9 patents would seem the fastest route to realizing the platform’s full promise.  If no pool is formed, however, researchers should have more options than those blocked by the Cabilly patents.  The UC and Broad patents are limited to use of the Cas9 protein, and there have been new developments using other proteins that point to other CRISPR platforms that could develop independently of CRISPR-Cas9.  Therefore, whatever the outcome of the UC-Broad dispute, the degree of control that the owners of the Cabilly patents have exercised over monoclonal antibody production is unlikely to be repeated with CRISPR.

Ted Mathias is a partner at Axinn, Veltrop & Harkrider LLP. Ted’s practice focuses on patent litigation and he has experience litigating antitrust and other commercial matters. Clients frequently turn to Ted [...see more]

Stacie Ropka, PhD is a partner at Axinn, Veltrop & Harkrider LLP. Stacie’s practice focuses on intellectual property litigation, due diligence and client counseling, with an emphasis on the life sciences. Her IP [...see more]