Making a Federal Case out of Trade Secrets 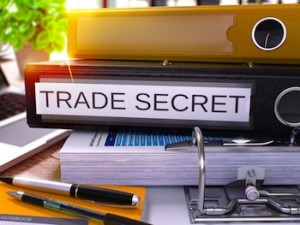 There is a relatively new way to bypass state procedures when it comes to enforcing trade secrets. It is an amendment passed in 2016 to the existing Economic Espionage Act, allowing a civil claim to be filed in federal district court, charging a misappropriated trade secret when it relates to “a product or service used in, or intended for use in, interstate or foreign commerce.”

Prior to passage of this amendment, trade secret claims that found their way to federal court had to rely on state law, which varied at least in some small way from state to state. Now, federal district courts have original jurisdiction of such private claims and federal law establishes a three-year statute of limitations.

Even though intellectual property rights have tightened over the last decade amid many Supreme Court decisions, there’s still effective ways to protect IP and trademarks, according to David Jacoby, a seasoned litigator at Cuhane Meadows’ national law firm. Jacoby sat down with IPWatchdog for an interview on the topic. He has extensive experience in navigating client disputes in a range of industries, and his work has included matters in the haute couture, motion picture, franchising, financial and software industries involving trademarks, anti-counterfeiting, copyrights, trade secrets, Internet issues and contract rights.

“It may not be possible to bypass state law,” he said. “If a state has decided that certain kinds of contract are impermissible as a matter of public policy, Defense of Trade Secrets Act (DTSA) won’t get you around that. It specifically does not supplant state law, moreover, there’s not much case law under DTSA yet, so federal courts have been looking to existing state trade secret law.”

In most states, the statute is based on the Uniform Trade Secrets Act, on which DTSA was also based. For example, if an employer’s contract with an employee in California prohibits the employee from working for another firm in a related business anywhere in the world for ten years, it likely will be vulnerable under California law, while a narrower limitation focused on the trade secrets might prevail. So, the employer in that context should look closely at the employment arrangement and work through to which states the employment may have a relationship.

In 2016, the big change in the amendment passed to the Economic Espionage Act was to create a private right of action. Before that, the EEA just allowed criminal prosecutions and civil injunction actions brought by the U.S. Most of the changes are found in Section 1336 are subject to an elevated standard of necessity and with safeguards to protect the defendant’s legitimate business and reputation and with remedial recourse for the defendant if the plaintiff has improperly exercised the seizure power. In addition, a significant change created an immunity for certain disclosures by whistleblowers that otherwise might be subject to liability.

“The most important change was that DTSA allowed someone claiming their trade secret was being used improperly to go into a federal court,” explained Jacoby. “In most situations, the employer and the employee in a trade secret dispute are likely to be in the same state. Usually, two citizens of the same state can’t bring a lawsuit into a federal court unless an independent basis for federal jurisdiction over the case exists. So, if my client wants to sue the business next door to his yoga school for blasting out heavy metal during his meditation classes, I literally can’t make a federal case out of it.”

However, DTSA changed that rule for trade secret protection — that claim now can be brought into a federal court even if the parties are both from the same state. Up until DTSA, that only happened if you had some other jurisdictional basis to be in federal court, such as the parties were from different states and met the jurisdictional amount for a diversity claim, or perhaps if you sued under another federal statute relating to IP.

So, what are the effective ways to protect IP and trademarks? Perhaps the most important foundational step for a trade secret claim is to have clear proof that the parties understood certain information was a trade secret, per Jacoby. In fact, the gold standard for such proof is a written agreement signed by the parties.

Today, trademarks remain a powerful and inexpensive protection in many situations. Ideally, one should think about this at the beginning to avoid finding out later that the mark invested time and money to promote already is being used by someone else. Internationally, it’s become easier and less expensive to seek protection for a mark beyond the U.S.

“Keep in mind, though, that in the past entities that have nurtured successful marks in the U.S. have found their efforts to use them abroad frustrated because someone else had beat them to the punch in registering them in foreign jurisdictions, even though that someone else was not yet actually using the mark,” said Jacoby.

Looking into the future, barring the seismic change in the role of promotion and advertising in business, these areas are likely only to become more important. Many businesses’ intangible assets already exceed their tangible assets in value. So, thanks to the Internet, a hot new concept, product or trademark can go global overnight. Five years from now Jacoby expects the need to think about these issues from a cross-border perspective to accelerate.

“There already has been some international harmonization, substantively and procedurally, in the trademark area,” he explained. “Trade secrets impact other areas of law where different nations have different perspectives — for example, how they view someone’s right to work for a competitor. Some studies have noted that up-and-coming nations have tended to treat patent infringement claims more favorably as their nationals more commonly become the plaintiffs, rather than the defendants, in such claims.”

In ten years, according to Jacoby, an issue to watch in this area may be what protection is afforded to trade secrets utilized by — or conceived – by artificial intelligence. Does a human have to be involved to develop or utilize a trade secret?

He said, “You can see a glimmer of possible issues in the pending Ninth Circuit case over whether a monkey who took a selfie can hold a copyright in the photograph. So far, the answer is no.”