Challenges for Managing Chinese Patent Prosecution: Anything More Than Lost in Translation? 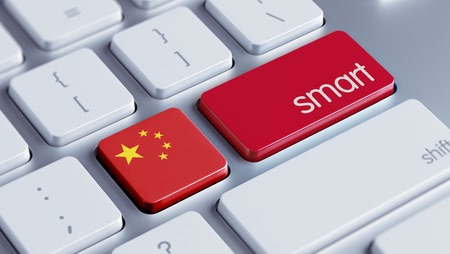 If you are an in-house counsel at a U.S. technology company, managing its global patent portfolio with a potentially significant exposure in China, you face some special challenges trying to effectively and efficiently manage the Chinese patent prosecution through your Chinese IP firms.

You might assume that these challenges would be caused by some undefinable “Chinese” element. You already knew how to manage U.S. prosecution, performed by the outside U.S. law firms, and in theory you can apply that learned expertise to managing the process in China. But this is not U.S.-style patent prosecution in another place. The working language will be Chinese in addition to English, the communications will generally be over long distances, 12 to 15 time zones away, and you will have to deal with significant differences in laws, practices, and cultures. This article provides a roadmap and tips for making this process productive and successful.

The Increasing Value of a Strong Chinese Patent Portfolio

At the outset, it’s worth noting that the value of a strong Chinese patent portfolio has been steadily increasing, and therefore trying to get a clear understanding of what’s involved in building IP in China can be very worthwhile. Companies trying to increase their presence in China should recognize this and budget for their IP work in ways that match their opportunities and aspirations.

Like the U.S., Chinese markets are extremely (and increasingly) competitive, requiring a very strong patent position in most sectors. But unlike the general decrease in value of patents in the U.S. over the past ten years (beginning with the weakening of injunctive relief in eBay Inc. v. MercExchange, LLC), patent owners in China still enjoy a robust regime of protection: injunctions are readily granted when a patent is held valid and infringed, and damages for patent infringement have been on the rise. Accordingly, Chinese patent prosecution is a good investment, likely to generate significant returns from markets where innovation is properly protected.

Patent applications originally drafted in English need to be translated into Chinese for Chinese patent prosecution. Because of the inherent danger of precise meanings lost in translation from one language to another, quality control for translation is very important.

As Learned Hand put it, “Words are chameleons, which reflect the color of their environment.” An English term can be translated into a number of different Chinese terms, depending on contexts and fields. Thus, even though the quality of machine translation has greatly improved, and professional translation vendors could be used at reduced rates as compared to those charged by patent law firms, to ensure high quality translation of patent application documents, there is no substitute for bilingual patent attorneys who are fluent in both English and Chinese and also understand the relevant technologies, thereby enabling them to properly contextualize claims and descriptions. To provide a simple example of the risks of machine translation, as of today, the powerful Google Translate still translates the English words “Chinese patent prosecution” into the Chinese words that actually mean “Chinese patent litigation.”

Because of the language barrier, this phenomenon of “lost in translation” repeats itself often during day-to-day management of Chinese patent prosecution. For example, one in-house counsel I know asked for a copy of translated claims of an issued Chinese patent, but instead received the translation of a set of different claims presented during prosecution. Another in-house counsel has told me that for most routine patent prosecution matters, the English of his Chinese patent attorneys is sufficient, because with experience they can just follow templates; but they are just not adequate when working on more complicated matters such as invalidation proceedings, or when conducting live discussions during conference calls.

Ideally, the “lost in translation” challenge can be overcome by working with top Chinese IP firms with patent attorneys who are fluent in both Chinese and English and fully familiar with both Chinese and U.S. patent laws. Moreover, the Chinese patent attorneys will be able to further improve the quality of translation if they have more background information about the inventions and the planned patent portfolios, because having a big picture helps to provide a fuller context for accurate translation.

In addition to the language barrier, long distance and time zones can hinder smooth communications and management of the process. Attorneys at U.S. outside law firms generally are available to meet with clients upon request. Relationship partners take every opportunity to visit their clients, because face time, even in the age of social networking and virtual reality, is still important to build and maintain trust. Phone calls between outside counsel and clients in the U.S. occur spontaneously, or can be easily scheduled during normal business hours.

This is not so easy for Chinese outside law firms. Lacking a permanent post in the U.S., Chinese lawyers generally only occasionally visit their U.S. clients when coming here to attend a conference, resulting in comparatively limited face time and limited opportunities to strengthen the relationship. And due to time differences, U.S. clients typically can’t pick up the phone to call their lawyer in China, and arranged teleconferences typically occur at odd hours for participants from one side of the Pacific or the other.

Solutions to this problem can include U.S. clients’ setting up offices in China, Chinese law firms’ setting up offices in the U.S., improved videoconferencing quality, and more frequent visits between U.S. clients and Chinese law firms. Borrowing the tagline from the 2003 movie Lost in Translation, “Sometimes you have to go halfway around the world to come full circle.”

This is the more subtle part of the interactions between Chinese law firms and U.S. in-house counsel. It should be noted that the Chinese culture is constantly evolving, but differences can be stark. Some in-house counsel wish their Chinese outside law firms could be more proactive and think strategically from the client’s perspective. Other companies have noted inefficient legal advice and billing, where the Chinese law firms provided unsolicited analyses that the clients don’t need (or are not actually helpful).

Sometimes what’s acceptable in one culture may be frowned upon in the other. Without a sufficient understanding of the culture and background, and opportunities for fuller explanations where appropriate, some advice provided by Chinese law firms could even raise ethical concerns in the minds of the U.S. in-house counsel.

Cultural misunderstandings between U.S. clients and Chinese law firms can be reduced by giving each other the benefit of doubt, slowing down and providing fuller background when discussing sensitive matters, and making efforts to learn about each other’s culture. Obviously, using people who are already familiar with both the U.S. and Chinese cultures to help manage the process will make this easier.

Differences in Laws and Practices

Based on feedback from a number of U.S. companies, the differences in laws and practices between the U.S. and Chinese patent systems do not pose special problems for routine patent prosecution matters, because they are already well understood by the top Chinese IP firms. Moreover, the Chinese patent system has matured and is moving closer to EPO and JPO. By the time substantive prosecution starts in China, similar rejections have often been addressed in other jurisdictions, arguments are already mapped out, and what worked in Japan or Europe generally will work in China, too. That said, in the last few years, more and more rejections made by SIPO could no longer be overcome by simply using the same arguments that had worked before EPO and JPO.

To be clear, differences in laws and practices are important for U.S. clients to understand in order for them to build strong global patent portfolios — for example, the procedure for patent prosecution before SIPO is complex, and different from that before USPTO, and therefore it’s important to work with a top Chinese IP firm having personnel that know it like the back of their hands. It’s just that the top Chinese IP firms already understood the issues well and can help their U.S. clients in substantially the same way, without qualitative differences. Where the differences are well known, process management is relatively straightforward. However, new difficulties can arise when there are changes in Chinese laws and practices.

In addition to changes in patent laws, China has experienced rapid development of its court system. In November and December 2014, three specialized IP courts were established in Beijing, Shanghai, and Guangzhou, where IP case filings are most concentrated. Two years later, in January and February 2017, four new specialized IP tribunals, similar to the three specialized IP courts, were established in Nanjing, Suzhou, Chengdu, and Wuhan, technology and manufacturing centers where patent case filings are more concentrated. The establishment of a national appellate IP court, similar to the U.S. Court of Appeals for the Federal Circuit, is currently under consideration.

The source of all these changes is China’s expressed desire to become a strong intellectual property rights (IPR) country so as to promote the development of an innovation-driven economy. With this prevailing policy as a premise, the value of a strong Chinese patent portfolio will only increase in the foreseeable future, and efforts by companies to better manage their Chinese patent prosecution will be well rewarded.

Liaoteng Wang Dr. Wang is the managing partner for the firm’s Silicon Valley Office.  He joined Beijing East IP in 2016 and is leading the firm’s U.S. operations. Prior to joining the [...see more]