Testing a Patent Claim against an Abstract Idea, in Response to 35 USC §101 Rejection 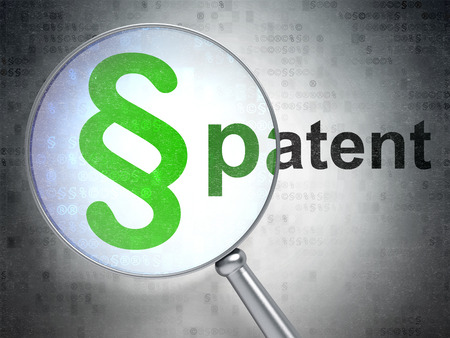 United States Patent and Trademark Office (USPTO) rejection of a patent claim, alleging the claim is not significantly more than an abstract idea under 35 USC §101, is a frequent and often frustrating occurrence during patent examination of claims in any technology that involves computers, controllers or processors.  Here is another useful strategy the patent practitioner can use in writing a response to an Office action, or an appeal brief.

Suppose a USPTO examiner has written a rejection that the claims amount to nothing more than the abstract idea of a mathematical calculation (or other abstract idea) plus the instructions to implement it on a generic computer, and are therefore directed to patent ineligible subject matter.  The patent practitioner could get into a back-and-forth argument with the examiner about whether or not claim limitations are significantly more than the abstract idea, wasting multiple cycles of examination because examiners can be very difficult to convince of this.  One promising approach is to argue that the claims are directed to a specific technological solution to a specific technological problem, as has been successful in the courts.  But, even this may not be convincing, if argued in the abstract, because, after all, we are dealing with abstract ideas to begin with, and it is all too easy for an examiner to dismiss an abstract argument as “not convincing”.

This bright line test makes it very difficult for an examiner to prove that the claim is nothing more than an abstract idea implemented on a computer.  The examiner would either have to prove that the additional claim limitations are mere field of use limitations, which assertion is readily refuted through the above analysis, or that the claim as a whole does not solve the specific technological problem, which you have just demonstrated it does.

This carefully constructed argument passes logical rigor, and any attempts in further patent examination to defeat it can be addressed on a point by point basis with factually based logic.  For example, if the next Office action asserts (or repeats an assertion) that the claims amount to an abstract idea without significantly more, the patent practitioner can respond that the Office action has not shown that the claims do not solve a specific technological problem, and is therefore unresponsive to the previously presented arguments.  Added limitations (which can be cited directly) beyond the alleged abstract idea have been shown by Applicant to solve the specific technological problem and limit the claim to a specific technological solution thus constitute significantly more than the alleged abstract idea.  Applying specific facts here gives weight to the arguments, and counterpoints the Office assertions, which are argued as unsupported.

If the Office action asserts that some subset of claim limitations (e.g., one line of limitations, or one subparagraph of limitations) is nothing more than well known computer operations on a generic computer, or otherwise commonly known, the patent practitioner can shift the argument to looking at the claim as a whole.  The claim as a whole does include actions and/or structure that is not commonly known (and can be cited directly, or summarized) and therefore constitutes significantly more than the abstract idea.  As a whole, the claim presents a specific technological solution that solves the specific technological problem and is thus not commonly known.

Christopher Hall is a registered patent agent at Womble Bond Dickinson. He counsels clients in preparing and prosecuting patents in the electrical, telecommunications, computer software, and mechanical arts. In addition, he has [...see more]