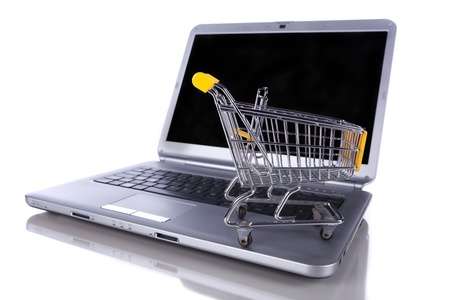 E-commerce is now a key element in almost every business’s revenue stream. The sector continues to grow at triple the speed of traditional retail and is expected to reach a value of $436 billion in 2017. Online sales platforms allow small retailers and niche products to reach a global audience that was previously only available to multinational corporations. However, with global exposure comes new risks. Also aided by the growth of e-commerce, counterfeiting has expanded massively in the last decade and is estimated to be worth around half a trillion dollars, or 2.5 percent of all global imports. Both small and large companies have suffered badly from replica and counterfeit products being sold online; in many cases on the same sites as authentic products. Whilst counterfeiting has been a long-established problem for large companies, for smaller innovative companies it can devastate business and investment.

Amazon, the largest and most valuable retailer in the US. provides a platform for small-scale and low-budget enterprises to tap into a market of over 300 million users. This year, Amazon reached over 80 million Prime subscribers in the US alone. However, as Amazon have looked to expand their product lines and increase competition between sellers, the number of counterfeits has increased substantially.

An example of this was seen by former Navy SEAL Randy Hetrick, the inventor and owner of TRX training systems, a line of exercise suspension products. In 2014 Hetrick claimed that his company was losing almost $100 million a year due to counterfeits. Amazon eventually teamed up with Mr. Hetrick and filed lawsuits against counterfeiters in 2016, targeting sellers of fake TRX equipment but also of counterfeit lifting straps Forearm Forklift, after the company was nearly destroyed by counterfeits. Mark Lopreiato, the inventor of the Forearm Forklift, recorded sales of $4 million in 2008 but since then has seen a 30% drop, which he attributes to cheap replicas available on eBay and Amazon. In point of fact, there have been a number of examples of innovative companies suffering from the sale of replicas on Amazon and other e-commerce sites. In extreme cases, global brands like Birkenstock have stopped business with Amazon and other e-commerce retailers altogether. Sustained pressure on e-commerce sites from both professional and governmental bodies have yielded some results in recent years, with almost every major site now offering some level of IP protection tool or process. This also serves the interest of bigger sites as Amazon, eBay and their Chinese counterpart Alibaba are shielded from legal liability, provided they can offer a timely takedown service for IP owners.

Amazon provides a relatively comprehensive reporting and removal process for listings that infringe on another’s intellectual property. IP owners or agents acting on their behalf can input up to 50 products per allegation, providing that all of the products infringe on the same IP: products that infringe on, for example, patent rights would require a separate form from those that only violate trademark rights. While this system is well-used and removes infringing listings generally within 48 hours, it still puts the onus on the IP owner to search, find and document the incidents. Additionally, as reported by CNBC in May 2016, efforts by designers trying to control products illegally using their designs were comparable to a ‘game of whack-a-mole, where fakes pop up more quickly than they’re taken down’.

In response to the problem, Amazon is developing targeted programs to support brands, sellers, and buyers in curbing counterfeiting. 2015 saw the company launch a Brand Registry, which invites brands, manufacturers, and official resellers to officially register their trademark with Amazon, providing unique product identifiers. After successful registration, brands will have control over the product information as well as ownership of the ‘buy box’ (the instant purchase button on the product listing) and can report sellers to Amazon and request takedowns of any infringements. Brand Registry is currently being expanded, and in March Amazon announced plans for a dedicated brand support team as well as a reverse image search tool so that brands and manufacturers can search for unauthorized sales of their products more easily. (see: How to set up Brand Registry on Amazon)

In 2016, Amazon announced a Brand Gating scheme. Long-awaited by private label sellers, Brand Gating, for the first time, allows for monopolization on selling registered branded products in new condition. The scheme asks third-party resellers of branded products to provide proof of authorization to sell the products in the form of a recent invoice or letter from the official manufacturer or distributor and to pay a one-off fee to brands. The fee price varies but is around the $1000 mark for large brands. Amazon has confirmed that the fee only applies to new sellers of gated products and that sellers who are already selling gated products are exempt. (see: How to get brand gated on Amazon)

Amazon’s efforts have continued with the launch of Amazon Transparency in late March of this year. Amazon Transparency is a tech solution whereby registered manufacturers can opt to label their products with unique 26-digit alphanumeric codes sourced from Amazon. The codes, scannable through a Transparency mobile app available on Amazon Appstore, Google Play and the App Store, indicate authenticity to the buyer as well as providing detailed product information such as its origin and ingredients. The program, already protecting Amazon’s own private label brands, is at an early stage currently, with plans to roll out to all marketplaces by 2018.

Amazon’s movements to protect IP are significant for the company, signifying a shifting marketplace drive for reliability as opposed to competition. In this respect, Amazon is moving away from its traditional consumer-favoring policies and delegating more power to IP owners, brands, and private label sellers.

eBay have similarly taken steps to address the problem of counterfeits on its e-commerce platform. Its established Verified Rights Owner (VeRO) program allows IP owners and agents acting on their behalf to report illicit listings of up to three infringed works for automatic takedown. Listings can be reported for both copyright and trademark violations, although if a listing infringes both, complaints must be made separately. VeRO emphasizes protection of IP but aims to reject claims made to restrict a secondary market. eBay also provides an option with VeRO-registered companies to create informative participant profiles, with the aim of increasing speed of takedown requests with clear, specific information on IP infringement. In this respect, eBay favors the rights owner, with the burden of proving sale authorization on the seller. Sellers can file counter-notices, however, and following a counterclaim, IP owners can only further allege the violation in a filed court order.

eBay’s primary function is to facilitate auction-style transactions, and unlike Amazon does not group together identical products. Whilst this system allows sellers and private labels to have control over the promotion and information of their product listings, it also means that knock-off products and counterfeits are in direct competition with genuine products. In response to this, in January eBay announced the eBay Authenticate program, a service in which both buyers and sellers can request a product verification by a team of experts for a fee. For sellers, the product in question then earns a notice that the product will be checked for authenticity. The success of the program, which is due to launch later this year, will depend on competition in the relevant market sector: i.e. the amount that similar products are being checked for authenticity. If there is low competition, IP owners and innovators are unlikely to see much change in counterfeits following the launch of eBay Authenticate, and resources may be best placed in a takedown solution.

It should be noted that these programs are not selfless endeavors; eBay and Amazon have initiated responses following many public grievances regarding e-commerce sites’ lack of action against sales of counterfeit goods. Whilst many Amazon private-label merchants have grilled Amazon executives at top seller events and banded together in Facebook groups, some have taken steps to leave the platform altogether. Jamie Whaley is one such seller, whose simple sheet-fastening product BedBand peaked at a turnover of $700,000 in three years, with 200 products sold every day. In 2015, when Amazon’s problem with counterfeits took off following encouragement of Chinese merchants to sell directly on the site, Whaley’s revenue halved and eight employees had to be laid off. In response to the problem, Whaley launched her own website which she actively drives traffic to.

High-profile lawsuits, too, have provoked responses from the e-commerce websites; in 2008 LMVH successfully sued eBay in France for $61 million, and the court ordered that the company would no longer be able to sell even genuine LMVH products. Apple notably sued Amazon supplier Mobile Star after determining that 90% of Apple chargers sold on the platform were fakes. Even governments have placed pressure on e-commerce sites, with the U.S.blacklisting Alibaba-owned Taobao as a ‘notorious marketplace’. Facing criticism from almost every angle, sites like eBay and Amazon quickly issued responses in the form of refined anti-counterfeit programs. However, it remains to be seen if these programs will be sufficient to curb sales of counterfeits, which are still rife on the e-commerce sites. What can be concluded with certainty is that while disruptive to global brands, counterfeit goods can have devastating effects for innovators and smaller-scale businesses.

Joan Porta Joan Porta has worked with online IP enforcement company Red Points in Barcelona, Spain, for over five years and is the company’s Brand Protection Director.  He is a specialist in [...see more]