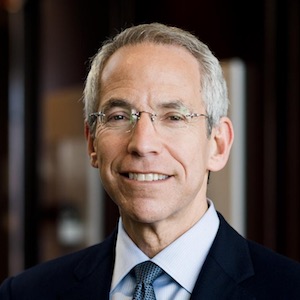 Yesterday the Korea Fair Trade Commission issued a press release announcing a fine of KRW 1 trillion 30 billion ($865 million USD) on Qualcomm for allegedly refusing to license standard essential patents to competing companies on fair and reasonable terms. According to the Korean authorities, Qualcomm’s actions amounted to coercion for the purpose of strengthening its monopolistic power in the patent license market and chipset market.

“Despite requests by competing modem chipset companies, Qualcomm has refused to license, or imposed restrictions on the license for, the cellular SEPs that are necessary for the manufacture and sale of chipsets,” the unofficial English translation of the press release reads. “By linking the chipset supply with patent license agreements, Qualcomm has coerced the execution and performance of unfair license agreements by using its chipset supply as leverage, while circumventing FRAND commitment.”

Not surprisingly, Qualcomm vehemently disagrees with the assertions made in the press release, has pointed out that a final written decision is not generally expected after an announcement like this for another 4 to 6 months, and promises to aggressively appeal. In a press release Qualcomm explained:

This is an unprecedented and insupportable decision relating to licensing practices that have been in existence in Korea and worldwide for decades and that the KFTC reviewed but did not question in a previous investigation of Qualcomm.

Additional details regarding this decision will not be available until the KFTC issues a written decision and order, which in prior cases has typically taken four to six months. The KFTC’s decision will not become effective until the written decision and order is issued. Following receipt of the KFTC’s written order, Qualcomm will file for an immediate stay of the corrective order and appeal the KFTC’s decision to the Seoul High Court. In addition, Qualcomm will also appeal the amount of the fine and the method used to calculate it. However, Qualcomm will be required to pay the fine within 60 days of the issuance of the written order, subject to possible adjustment or refund as part of the appeal process.

Qualcomm strongly disagrees with the KFTC’s announced decision, which Qualcomm believes is inconsistent with the facts and the law, reflects a flawed process and represents a violation of due process rights owed American companies under the Korea-U.S. Free Trade Agreement (KORUS).

On this last point, relating to a flawed process that represents serious violations of due process, Don Rosenberg, executive vice president and general counsel for Qualcomm, called into question the integrity of the Korean investigation. Rosenberg explained that Qualcomm was repeatedly denied access to documents and the right question witnesses, rights that are  guaranteed to U.S. companies under the Korea-U.S. Free Trade Agreement. “We are pleased that our appeal will be to the Seoul High Court, which is known to rigorously analyze evidence and apply sound antitrust principles,” Rosenberg said.

“Qualcomm strongly believes that the KFTC findings are inconsistent with the facts, disregard the economic realities of the marketplace, and misapply fundamental tenets of competition law,” said Rosenberg.  “Importantly, this decision does not take issue with the value of Qualcomm’s patent portfolio.  Qualcomm’s enormous R&D investments in fundamental mobile technologies and its broad-based licensing of those technologies to mobile phone suppliers and others have facilitated the explosive growth of the mobile communications industry in Korea and worldwide, brought immense benefits to consumers and fostered competition at all levels of the mobile ecosystem.”

Qualcomm also pointed out in its press release that Korea represents only 3% of Qualcomm’s licensing revenues and, as such, any effort by Korea to impose its laws beyond its own borders would be vigorously opposed.