Definition of a ‘Trade Secret’ Under the DTSA 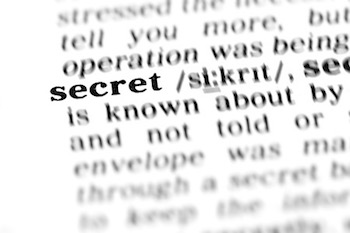 On May 11, 2016, President Obama signed into law the Defend Trade Secrets Act (“DTSA”), which became effective that very same day. The DTSA amends the Economic Espionage Act of 1996 (“EEA”) to provide for civil remedies in federal courts for the misappropriation of trade secrets. Prior to the enactment of the DTSA, civil trade secret misappropriation was strictly a matter of state law and, although, nearly all statues have enacted some version of the Uniform Trade Secrets Act (UTSA), material differences among them made application of state law less than uniform. The DTSA does not eliminate or preempt the various state trade secret rights, but provides the key to federal courts for victims of trade secret misappropriation, if the Act’s jurisdictional threshold is met as set out in the 18 U.S.C. § 1836.

Over the course of the next several months, on a weekly basis, I will post a blog addressing the key terms of the DTSA and issues that may arise under it, including, among other things, the definition of a trade secret, misappropriation, damages, civil seizure, potential defenses, extra-territorial jurisdiction, potential impact on businesses, whether to litigate in federal or state court, and whether to make a criminal referral. The present focus is on the definition of a “trade secret” under the DTSA.

The sine qua non of an action under the DTSA is the existence of a “trade secret,” and it adopts the broad definition of a trade secret as set out in the EEA, as slightly amended by the DTSA. Given that, courts are likely to look, at least initially, to decisions involving the EEA for guidance in construing the definition of a trade secret.  In general, the form of the information qualifying as a trade secret under the DTSA is extremely broad, and includes information of any form, regardless of “how stored, compiled, or memorialized physically, electronically, graphically, photographically, or in writing,” and of any type, “financial, business, scientific, technical, economic, or engineering information,” so long as: (1) the information is actually secret, because it is neither known to, nor readily ascertainable by, another person who can obtain economic value from the disclosure or use of the information; (2) the owner has taken “reasonable measures” to maintain the secrecy; and (3) independent economic value is derived from that secrecy.[i] By comparison the UTSA identifies, by way of example, eight specific types of trade secret information; “formula, pattern compilation, program device, method, technique or process.” The DTSA, unlike the UTSA, also provides that information “stored” only in an individual’s memory can be the subject of a civil claim for theft of trade secrets.

The value of a trade secret consists of it not being known to others. Thus, “the right to exclude others is central to the very definition of the property interest. Once the data that constitutes a trade secret is disclosed to others, or others are allowed to use data, the holder of the trade secret has lost the property interest in the data.”[ii] Prior to Congress amending Section 1839, pursuant to the DTSA, the government was required that the information was not generally available to “the public” before being obtained by the defendant.[iii] Under this standard, information that was known in an industry but was not known to the public could theoretically still meet the definition of a trade secret. Without deciding this issue, an appellate court in an EEA case used the example of “Avogadro’s number” to illustrate the difference between “public” and “person who can obtain economic value from its disclosure or use, pointing out that this number has been known to chemists since 1909, but not to the general public and certainly cannot be considered a trade secret. Now by amending section 1839, Congress has made clear that the relevant test is whether the information is generally known by “another person who can obtain economic value from the disclosure or use of the information,” which is the same standard as under the UTSA and focuses on whether the competitors of the trade secret owner actually know or can easily discover the secret.

Further, every part of the information need not be completely confidential to qualify for protection as a trade secret. A trade secret can include a combination of elements that are in the public domain, if the trade secret constitutes a unique “effective, successful and valuable integration of public domain elements.”[iv]

In order to qualify as a trade secret, the owner must undertake “reasonable” measures to protect the information. The test focuses primarily on the actions of the owner and on the economic circumstances surrounding the particular industry, and is a question of fact.

Reasonable measures can include advising employees of the existence of a trade secret, limiting access to the information on a “need to know” basis, storing the information on a computer database accessible only by a special password, requiring employees to sign confidentiality agreements, keeping secret documents under lock, requiring all third parties, including licenses to sign non-disclosure agreements, marking documents as a “trade secret” or “confidential.” The bottom line is that each trade secret owner must assess the value of the protected material and the risk of its theft in devising reasonable security measures.

One of the greatest risks for a trade secret owner is that an employee accidentally discloses a valuable trade secret, for example, in a speech at a conference, by posting it on the Internet or disclosing it in a published patent application. All these examples, and many more have resulted in the loss of trade secret protection. It is incumbent for employers to educate their employees about the importance of protecting trade secrets, and how easily trade secret protection can be lost.

The plaintiff must also prove that the trade secret derives “independent economic value … from not being generally known to, and not being readily ascertainable through proper means by another person who can obtain economic value from the disclosure or use of the information.”[viii] This is not proven to be an issue for the government in criminal proceedings under the EEA. In the civil context, courts have held that information may qualify that affords only a “slight” advantage to the holder.[ix]

[ix] See e.g., Sheridan v. Mallickrodt, Inc., 568 F.Supp. 1347 (N.D.N.Y. 1983) (“Although the advantages [of a trade secret] may be slight, they are responsible for helping to control production costs, and do, therefore provide [the owner] with a competitive advantage.”)