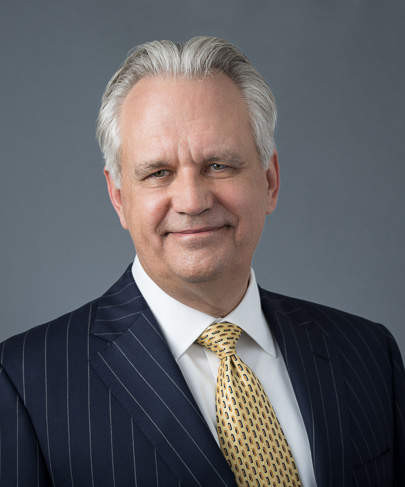 For more information or to contact William,please visit his Firm Profile Page.

In the winter of 2014, Leah Bassett rented her Martha’s Vineyard home to Joshua Spafford. He seemed like a nice guy, quiet and well-dressed. Joshua listed his employer as “Mile High Media.” Mile High then used the home to shoot several adult videos. Leah, the homeowner, didn’t know that they were going to use her home in this way. She was upset when she learned what they had done, but in the end, she got her revenge thanks to copyright law.

The National Institutes of Health (NIH) is at legal odds with Moderna, claiming that Moderna neglected to add three NIH scientists to Moderna’s patent application on a principal COVID-19 vaccine. If a court ends up siding with NIH, it would co-own any issued patents on the technology, which could prove to be quite valuable; in 2021, Moderna’s vaccine sales were forecasted to be in the range of $15 billion and $18 billion. With an equal undivided interest in the patent, NIH could do whatever it wishes with it, such as licensing it to others and collecting royalties.

Creative people need a quick, efficient and inexpensive way to recover damages for copyright infringement. They need a place to submit their charge of infringement and collect damages. Until recently, their only option was to bring a lawsuit in a federal district court; a process that is complicated, expensive and time-consuming. The Copyright Alternative in Small Claims Enforcement Act of 2020 (CASE Act) gives them another option, but it is problematic. It is also a problem for small businesses, which are at a disadvantage because the act benefits copyright trolls. It creates a new efficient vehicle for copyright trolls to prey on your clients.

Getting a Patent: The Devastating Consequences of Not Naming All Inventors

Naming the correct inventors is critical when drafting a U.S. patent. Patents must have all inventors properly named. Deciding who is an inventor is a complicated task and great care must be taken to not add or omit people who are not inventors. It is possible that failure to properly name the inventors could result in losing your patent or its value. If inventors have been improperly added or omitted, the patent must be corrected or it could be declared invalid.

Getting A Patent: Who Should be Named as An Inventor?

Every time a patent application is filed, we have to ask, “Who are the inventors?” It is a simple question, but the answer can be complicated. And there can be severe consequences if you get it wrong. You could lose your patent. As the Grail Knight in the Indiana Jones movie stated so well, “You must choose, but choose wisely.” As you know, patents typically have a number of claims broken down into independent and dependent claims. So, you have to look at each of the claims and determine who conceived the invention. There can be cases where different inventors conceived different parts of the invention in different claims. What’s important to understand is that you must include as named inventors anyone who conceived of an invention in any claim – even dependent claims.

Five Royal Trademark Lessons from the Duke and Duchess of Sussex

As you’ve most likely heard, Prince Harry and Meghan Markle have decided to become financially independent of the Crown. No small task when your security costs are reported to be $1.3 to more than $7 million per year. Ouch! So, what are they planning to do? One hint can be found in the trademark application for “Sussex Royal” that they filed in England on June 21, 2019. This trademark filing provides the opportunity for many lessons to be learned.

Take Steps to Deter the Spy in Your Business

Tesla recently filed two lawsuits for theft of trade secrets. In March, the auto maker sued several former employees and the two companies they joined, Zoox and Chinese EV automaker Xiaopeng. The trade secrets involved their driverless vehicle technology. Haliburton just sued a former employee for stealing information, getting a patent on it, and then trying to sell it back to Haliburton. Phillips is suing a former employee for stealing secrets that will give competitors a “decades long head start.” Waymo, Google’s self-driving car program, settled with Uber for theft of trade secrets. The settlement was reported by CNN Business to be a portion of Uber’s equity, estimated at $245 million. In In August, the United States Attorney’s Office (USAO) for the Northern District of California charged former Google employee Anthony Levandowski with 33 counts of theft and attempted theft of trade secrets from Google under 18 U.S.C. § 1832 of the Economic Espionage Act (EEA). These cases, and many more like them, involve employees leaving and taking trade secrets with them. Employees come and go, but they shouldn’t take your valuable secrets. You can stop them if you have systems in place, but you have only yourself to blame if you don’t.

How to Keep Your Trademarks Forever

Trademarks must be continuously used to be enforceable. If you stop using them, they are lost. This also means you should have evidence to prove use of your trademark. If your use is challenged, you will have to prove that you’ve been using your trademark, and you need the correct evidence. This just happened to McDonalds in Europe. Even though they were using the BIG MAC trademark, they didn’t have the correct evidence to prove that they had continuously used that trademark for the previous five years, and they lost their European registration.  A truly shocking result.