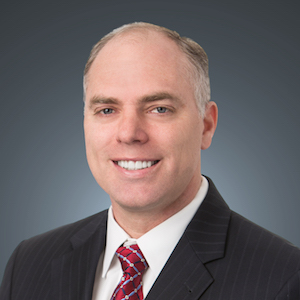 is a shareholder and vice chair of the Electrical Engineering and Computer Science Patent Prosecution Practice at Polsinelli. His practice focuses on patent and trademark prosecution and litigation, serving a range of clients including Fortune 100 companies. He has technical experience in standards-based patent analysis, cloud computing, blockchain technologies, wireless technologies and protocols, speech processing, and mechanical arts.

For more information or to contact Tom, please visit his Firm Profile Page.

On March 16, 2020, Bitcoin sold at $5,024, down from its previous high of over $19,000. On November 25, 2020, it sold at over $19,000 again. Interest in blockchain technology and Bitcoin, in particular, is on the rise after a cold winter, which began in January 2018. Facebook Libra made a bid to become the world’s currency, and although government regulators have so far stifled its implementation, it still may be implemented in a revised form that satisfies the regulators. Some estimate that Apple could generate $100 billion in shareholder value if they were to integrate Bitcoin into Apple Pay.

Blockchain Patenting Strategies in view of the Berkheimer Decision