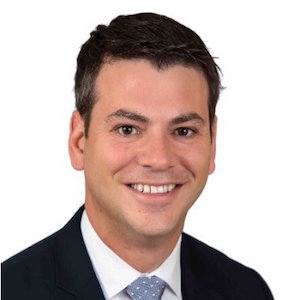 6 Years Later: The Effects of the Mayo Decision on Diagnostic Methods

2018 celebrates the six-year anniversary of one of the most important Supreme Court decisions of the modern era. On March 20, 2012, the Court handed down its ruling in Mayo v. Prometheus Laboratories. The decision was understood immediately to be a break from the immediate past, a product of the Court’s intention to clarify patent eligibility for a new era of biotech, pharma, and life science technologies. The Court hoped it would help clarify eligibility issues raised by new technologies that the drafters of Title 35 § 101, 102, and 103 hadn’t envisioned, but it’s done the opposite. Six years later, eligibility is harder to discern than ever, especially for diagnostic method claims.

The Good, Bad and Ugly of Cross-Licensing Your Technology Patents

A cross-licensing patent agreement is a contract between at least two parties that grants mutual rights to both parties’ intellectual property. The agreement may be a private one between two specific companies or a small consortium of companies. Or it may be a public agreement such as a patent pool, in which IP management is shared amongst a relatively large group of patent holders who share patents. Patent pools are typically industry-based, and companies active in the sector are free to join the pool.

IP Strategy is a Tricky Balancing Act for Pharmaceuticals

The 20 years of protection afforded by a patent is intended to promote innovation by allowing inventors a chance to recoup development costs and derive a profit from their efforts. However, in the pharmaceutical industry, the practical duration of protection is often substantially shorter since obtaining a patent is just one piece—albeit a critical one–of bringing a drug to market.

Protecting IP in the Blockchain Sector

Blockchain technology has already disrupted the financial sector and new blockchain use cases are emerging every day — from corruption-proof land registries to licensing digital assets, to tracking individual diamonds. In fact, there are many who say that blockchain technology has the potential to be as disruptive as the Internet… To stop patent trolls, the Chamber of Digital Commerce launched the Blockchain Intellectual Property Council (BIPC) this year. BIPC’s goal is to develop a global, industry-led defensive patent strategy that will nip blockchain patent trolling in the bud. Its first meeting on March 30th attracted 40 participants. In the next meeting in April, that number rose to 70. The BIPC executive committee members are the “who’s who” list of blockchain stakeholders, including Chain, Digital Asset, IBM, Microsoft, CoinDesk, Blockstream, Bloq, Civic, Cognizant, Deloitte, Digital Currency Group, Ernst & Young, Gem, Medici Ventures, T0.com, TMX and Wipfli.