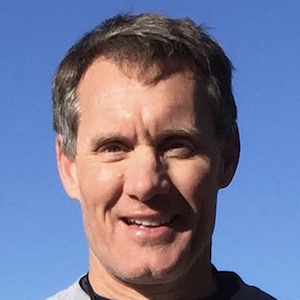 is a patent attorney in North Carolina with nearly 25 years’ experience. Scott focuses his practice on IP counseling and sophisticated patent prosecution for high-value, targeted claims. He has obtained over 1,000 patents for clients, including Fortune 10 companies, emerging startups, and garage inventors. Having both mechanical and electrical engineering degrees, Scott has deep technical and legal knowledge of mobile communications, computer software, computer hardware, blockchaining, automotive, and mechanical technologies. Prior to becoming a patent attorney, he spent several years as a chassis engineer for General Motors. Scott enjoys home repair/remodeling and personal fitness.

The Federal Circuit’s recent Uniloc v. LG Electronics decision (April 30, 2020) may be very helpful for subject matter eligibility. This Federal Circuit panel (Moore, Reyna & Taranto) held software patent claims to be patent eligible subject matter. I find the decision clearly written, with many interesting aspects. What strikes me most, though, is that seemingly very broad software patent claims were held eligible. Additionally, the decision highlights the perils of concession in a 12(b)(6) motion to dismiss.

I thought the Electric Power Group decision was effectively dead. It used an overbroad characterization of patent claims under Step 1 of Mayo/Alice. Following that decision, I encountered many Section 101 rejections that put forth an extremely broad characterization of claims, citing Electric Power Group as authority. I saw no rebuttal until the 2019 Revised Patent Subject Matter Eligibility Guidance, 84 Fed. Reg. 50, 52 (January 7, 2019). “Claims that do not recite matter that falls within these enumerated groupings of abstract ideas should not be treated as reciting abstract ideas.”  See id. at 53. The Electric Power Group decision was nowhere cited, and “collecting information” was not listed as one of the abstract ideas. Indeed, the Patent Trial and Appeal Board’s (PTAB’s) art unit 3600 soon decided that “‘collecting usage information’ … is not an abstract idea.” See Final Decision in Ex parte Fanaru, Appeal 2017-2898 at page 5 (PTAB 2019). I was thus able to use the 2019 Revised Patent Subject Matter Eligibility Guidance and Ex parte Fanaru to counter an examiner’s broad characterization of claims. Now, however, Electric Power Group may make a comeback. The very recent Cellspin decision again cited to Electric Power Group to support a very broad Step 1 characterization of claims. The Federal Circuit panel (Lourie, O’Malley, and Taranto) found the claims were “drawn to the idea of capturing and transmitting data from one device to another.”  See Cellspin Soft, Inc. v. Fitbit, Inc., et al., at page 16 slip opinion (CAFC, decided June 25, 2019).

Is Enfish Much Ado About Nothing?

Enfish bothers me. The Federal Circuit decision puts forth some great phrases, but I am concerned that Enfish will not be as useful as hoped in overcoming §101 Alice rejections. The patents at stake in Enfish appear to have been written with a confident view of the prior art and of the invention. So, if a specification does not confidently emphasize the “invention,” its “benefits over” conventional prior art, and “disparage” the prior art, will examiners and judges continue Step 1 characterizations at “such a high level of abstraction”? Is Enfish merely much ado about nothing?