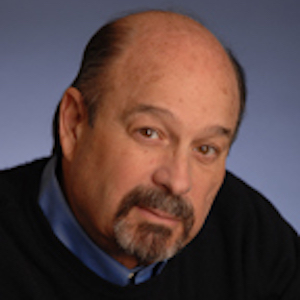 Ron Laurie has worked in Silicon Valley since before it had that name, initially as a missile systems engineer at Lockheed-Sunnyvale, and then as an intellectual property lawyer and patent strategist. In 2004 he launched Inflexion Point Strategy, the first IP investment bank. With offices in Silicon Valley, Taiwan and Singapore, Inflexion Point advises technology companies and institutional investors around the world in acquiring, divesting and investing in IP-rich companies, businesses units and technologies, and IP assets in the form of patent portfolios, exclusive field-of-use rights and related know-how. Inflexion Point’s mission is to extract the unrealized value of strategic IP by increasing corporate valuation in M&A transactions, by building a defensive shield against litigious competitors and by generating top-line revenue via creative exclusive field-of-use licensing programs.

Ron is also a director at Wi-LAN, Inc., one of the oldest and most successful publicly-traded patent licensing companies. He has been named as one of the World’s Leading IP Strategists by Intellectual Asset Management (IAM) Magazine and is on the advisory boards of the Silicon Valley Chapter of the Licensing Executives Society, and the Certified Patent Valuation Analyst accreditation program.

Prior to launching Inflexion Point, Ron was a founding partner of Skadden Arps’ Silicon Valley office, where he chaired the firm’s IP Strategy and Transactions Practice Group for six years and led IP teams in some of the largest high-tech and life sciences M&A, spin-out and joint venture deals ever done, worth over $50 billion in the aggregate. He was also a founding partner of the Silicon Valley offices of Weil, Gotshal and Irell & Manella.

As a lawyer, Ron advised clients in the semiconductor, computer, software, communications, media and financial services industries on IP strategy — a subject he has taught at both Stanford and Boalt (UC Berkeley) law schools.

Ron was an IP litigator for ten years, handling high-visibility patent, copyright, trade secret and trademark infringement cases in federal and state courts, including representation of Hewlett-Packard in its successful defense of the ‘look and feel’ copyright infringement suit filed by Apple Computer against HP and Microsoft over the Macintosh graphical user interface.

Ron is a registered patent attorney, and a substantial part of his prior law practice involved strategic planning, competitive analysis and commercial exploitation of patents on leading-edge software-based technologies such as encryption, biometrics and internet telephony. He wrote the Priceline reverse-auction patent, which was the first Internet business method patent to attract national attention.

Ron has been an advisor to the U.S. Patent & Trademark Office, the U.S. Copyright Office, the Office of Technology Assessment of the U.S. Congress, the National Research Council, the National Academy of Science and the World Intellectual Property Organization (WIPO). He is on the Executive Council of the Berkeley Center for Law & Technology and the editorial board of The Journal of Internet Law and co-edited a two-volume treatise titled International Intellectual Property.

Past Events with Ron Laurie