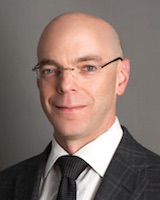 is a founding member of Flachsbart & Greenspoon, LLC. He is a registered patent attorney who concentrates his practice in the trial and appeal of patent cases involving computer and electronic technologies. He is also a former federal district court law clerk. The opinions presented above are his own, and not necessarily those of his firm or his firm’s clients.

Mr. Greenspoon represents both NPEs and operating companies, and both rights holders and accused infringers. He holds a winning appellate record, having argued numerous cases before the Court of Appeals for the Federal Circuit, as well as cases before the Fourth and Eighth Circuits.

Senators Leahy and Tillis have proposed another patent law amendment for the Endless Frontiers Act (SA 2060). No defense or damages limitation has ever turned on the niceties of recordation of ownership at the USPTO. This would be a sea change in patent law. Something so radical at least should rise or fall based on thorough and thoughtful legislative debate, investigation and committee work, including testimony by experts in real estate law and patent practice.

Senators Coons and Tillis and a group of Representatives recently proposed an admirable piece of legislation to amend the Patent Act to abrogate Supreme Court Section 101 cases on patent eligible subject matter. I like that they propose a fix to Section 101. So far, so good. Alice was an interpretation of Mayo, which was an interpretation of Flook, which was an interpretation of Benson, which was supposed to be an interpretation of what Congress meant by the short and crisp statement of Section 101 of the Patent Act. But just as a photocopy of a photocopy of a photocopy gets more distorted with each generation, so did Supreme Court rulings. The judicially-invented residue left behind not only errs by failing to capture the plain and unambiguous scope of Section 101 and patent-eligible subject matter, but also catastrophically undermines and invalidates important patents that, until then, protected breakthrough inventions. Congress is right to step in. Inventors of breakthroughs need protections to form companies and create new jobs. What the senators propose is not perfect, but at least as far as Section 101 is concerned, will restore fairness to many future outcomes.But there’s an extra bit. To call it alarming would be an understatement. That extra bit would sharply and sweepingly limit the property rights of all technology patents. The proposal (as currently drafted) amends Section 112 to require any patent claim limitation that names any function “without the recital of a structure, material or act in support thereof” to be interpreted as limited to the structural embodiment in the patent specification that practices that function (plus equivalents).

On behalf of nonprofit, U.S. Inventor, Inc., and over a dozen other amici, Flachsbart & Greenspoon, LLC has submitted a Brief of Amici Curiae urging the Supreme Court to grant certiorari from the Federal Circuit’s notoriously error-ridden decision in the waterskiing case: Zup, LLC v. Nash Manufacturing, Inc. Reviewing this decision will be an excellent way to get obviousness doctrine back on track.

In that 2-1 decision (with Judge Newman dissenting), the Federal Circuit held that even “considerable” or “strong” objective evidence of nonobviousness will sometimes not save a patent from an obviousness ruling. That ruling is wrong. It is also out of touch with Supreme Court doctrine.

Congress sent H.R. 5, the House-passed Regulatory Accountability Separation of Powers Restoration Act, to the Senate’s Homeland Security & Governmental Affairs Committee on January 12, 2017. When enacted it will overrule Chevron deference. This enactment will therefore shine the disinfecting sunlight of appellate review where it has not gone before…. Patent practitioners need to realize that the Act will eliminate stare decisis over earlier court approvals of specific Patent Office rules. First, after the Act, it will be an open question whether the Patent Office may use BRI within IPR proceedings. That is because the law will have changed over what deference a court must give Patent Office regulations. In Cuozzo, the Court cited Chevron in analyzing whether rulemaking imposing BRI on IPR proceedings constituted “a reasonable exercise of the rulemaking authority that Congress delegated to the Patent Office.” Cuozzo, 136 S. Ct. at 2144. After walking through a collection of policy rationales that made BRI seem “reasonable” to the majority, the Court concluded by explicitly noting that the “Patent Office’s regulation, selecting the broadest reasonable construction standard, is reasonable in light of the rationales described above. . . .” Id. at 2146.

Seven PTAB policy changes for the next USPTO director

The next Director of the Patent Office will have enormous power to turn things around. He or she can make the currently lopsided system fair to all stakeholders. Congress built the mechanism into the very Act of Congress that gave birth to the PTAB. The Director holds plenary discretion to deny any petition, for any reason… Beyond discretionary authority, the Act gives a wide berth for the Director to prescribe regulations. For example, 35 U.S.C. § 316(b) permits the Director to consider a number of factors when making those regulations: “the effect of any such regulation on the economy, the integrity of the patent system, the efficient administration of the Office, and the ability of the Office to timely complete proceedings.” The Director “shall prescribe” a regulation “setting forth the standards for the showing of sufficient grounds to institute a review under section 314(a).” 35 U.S.C. § 316(a)(2). Using the proper factors, the Director can certainly characterize a petition that threatens profound unfairness to a particular patent owner as one that impinges on “the integrity of the patent system,” and thus should be denied.

Despite the FTC headlines, the patent system is not working for a large population of patentees

Despite the headlines, most infringement is small infringement. The FTC report ignores three important sea changes in the patent ecosystem that should, if anything, obliterate the use of settlement demand amounts or final license fees as any touchstone of bad faith. These are (1) the ten-year long movement to “rationalize” (actually, reduce) patent damages, (2) the “thumb on the scales” given to accused infringers in recent court holdings and legislation (primarily Alice invalidation, revitalized obviousness doctrine, and no-upside-but-everything-to-lose PTAB proceedings), and (3) increased infringer opportunities to extract monetary awards from plaintiff-patentees (Octane/Highmark).

The question presented in the petition for certiorari in Cooper v. Lee is whether 35 U.S.C. §318(b) violates Article III of the United States Constitution, to the extent that it empowers an executive agency tribunal to assert judicial power canceling private property rights amongst private parties embroiled in a private federal dispute of a type known in the common law courts of 1789, rather than merely issue an advisory opinion as an adjunct to a trial court. This case raises a constitutional challenge to new post-grant patent proceedings.

Does the USPTO have authority to address patent eligibility in Covered Business Method review?

On November 5, 2015, patent owner Retirement Capital Access Management Company LLC filed the most important cert petition this term. This bold effort squarely presents a question circling around academic circles for years: whether the USPTO has the authority to address section 101 (subject matter eligibility) within Covered Business Method (CBM) reviews. To the untrained eye, this issue might sound wonky, jargony, technical and narrow. It is instead profound. If granted, the petition might help restore much needed certainty to the innovation ecosystem.